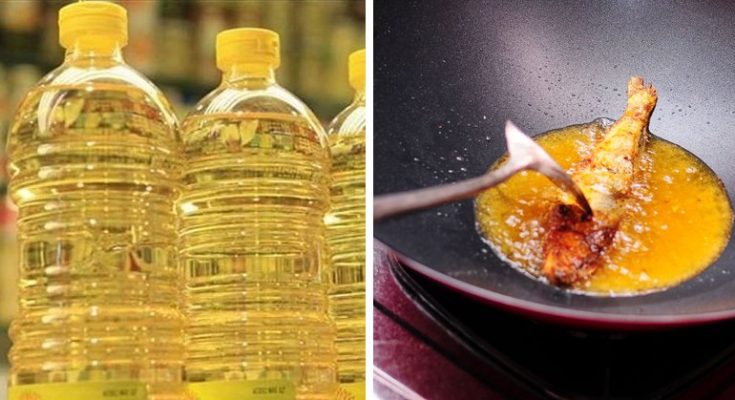 The scientists warned us again. This time vegetable oil was brought for questioning.

It failed the test to prove itself as healthy and good for using.

This new study shows how cooking with olive oil, coconut oil or butter is way better than cooking with vegetable oil.

It came out that cooking with vegetable oil releases some dangerous chemicals linked to cancer and other diseases.

Not believing what they saw, the scientists wanted to dig deeper into the results. 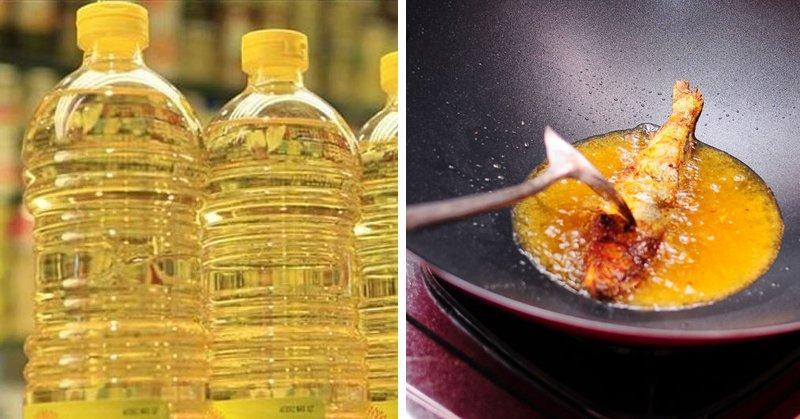 After series of experiments, they found out that vegetable oils release high concentrations of aldehydes.

These chemicals are linked to several life-threatening diseases like cancer, heart diseases and dementia.

According to one of the leaders of these experiments, Martin Grootveld, a meal of fish and chips fried in some sort of a vegetable oil contains 200 times more toxic aldehydes than the safe daily limit.

On the other hand, cooking with olive oil, butter or even lard, produces lower levels of aldehydes.

From all of these, coconut oil gives the best results as it produces the lowest levels of dangerous chemicals.

That’s why I don’t fry food at all.

Concerns about cooking with vegetable oils and its dangerous effects rose in Oxford, too.

Professor Stein is Oxford’s emeritus professor of neuroscience who claims that the human brain is changing as a result of corn and sunflower oils.

For many years now NHS avoided using butter or lard for cooking. They recommended exactly these vegetable oils as the better option.

Professor Grootveld from De Montfort University in Leicester doesn’t agree with that.

He said that authorities have been warning us how bad these oils are. But, series of experiments found out that butter is a better option for frying purposes.

His study shows how the vegetable oils undergo a very complex procedures of chemical reactions resulting with accumulation of huge amounts of dangerous compounds.

This is why nutritionists warn about frying your food.

If you want to protect yourself from dangerous diseases, stop eating processed foods.

Those packaged fried foods you see in the supermarket are all cooked with vegetable oils.

At least they say they are cooked with that. You don’t know the process behind it.

If you are buying fresh, make sure you will boil it or bake it.

You will see that it tastes way better when you mix it with vegetables.

I did my part warning you about this. It’s up to you whether you will listen to the scientists or continue to use vegetable oil for cooking.

Any of your friends want to know about this?

Source: The Science of Eating