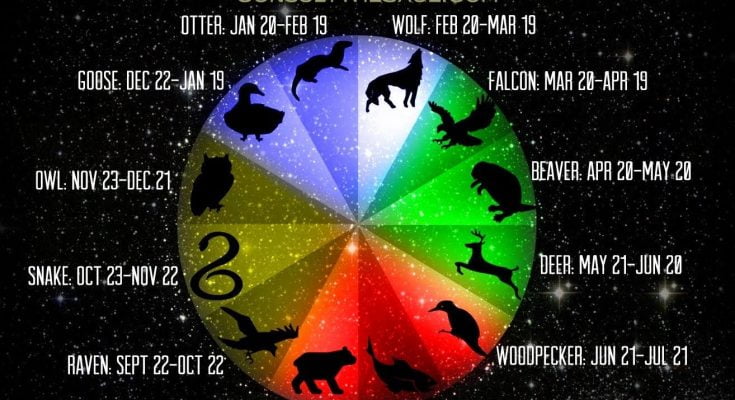 I knew about the Native American Zodiac, but I never paid attention to it.

That’s not my style and I don’t want those things that “predict” my future.

We are the ones that make our future reality.

Anyway, I find these zodiacs that talk about personality really interesting.

They are fun to read and share. From what I can see we share the same opinion about them.

Few days ago I shared this post with you. I saw you were amazed like I was when I first read it.

I can say this Native American Zodiac is something similar to this. You just need to find your day of birth and see what it says about you.

Mine was partly true. I didn’t like the part when it said that I could’ve found myself in a egotistical or depressed behaviors.

You can even play a game with it. Call your friends and share this with them.

Ask them about their date of birth and make them write down their personality.

It will be fun.

Check out the signs and their true meaning below.

The otter is unusual and quirky. People born under this sign are really hard to be figured out.

Everything they do is in the sign of uniqueness. They look at things differently than others and sometimes deal with solving the problems.

The otter is sympathetic, honest, and extremely courageous

The wolf is highly mysterious, emotional, and passionate.

People born with this sign understand things about the world that others are not able to. They are observers and good listeners.

The falcon has the sense to be a leader. Some call him the natural born leader.

Many people look up at the falcons for a direction.

They are extremely supportive but sometimes intolerant and impatient.

The beaver is the engineer. Just like the animal. In their heads there are many strategies to achieve their goals.

They are hardworking, witty, and brilliant.

Sometimes they know to make bad images for themselves by being possessive and nervous.

The deer is inspiring and fast. People born with this sign have a huge sense of humor and can make everyone laugh.

They are moody and aware of their surroundings.

Woodpeckers are empathic listeners and want to make the world a better place for living.

They make amazing parents and partners. People with this sign are little bit hard headed. This makes them susceptible to possessive behavior, anger and jealousy.

The salmon is creative, smart and has an electric personality.

People with this sign are naturally enthusiastic and they love their life.

Setting up goals and purpose for everything is in their blood. If this is absent, they could find themselves in egotistical or depressed behavior.

The bear is the quiet one. Bear people are hard to figure out. They are the best business partners and often the voice of the group or family and friends.

The bear is very patient and tolerant, but with a boiling point.

The Raven is the charming one. Often referred as the best businessperson.

They are sharp and eager to get what they need. Very social, adaptive, and they often imitate activities they see as beneficial.

In the Native American Zodiac, the snake is the most spiritual. People born with this sign are closely attached with the spirit world.

They are known by their abilities in the medical world.

The owl is warm and easy going, but sometimes they need to be pushed to go full speed.

Usually they are the wisest ones.

The goose is the peacekeeper. They have only one goal: To succeed!

Failure is not in their vocabulary. They are highly talented at many things.

So, with this being said, which sign are you?

Share it with your friends. They will want to find out, as well.