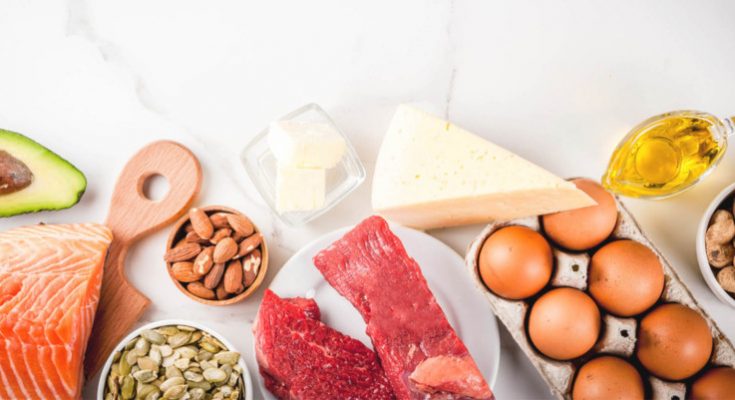 Diet or weight – which way to go when it comes to weight loss? This has been an unending debate for a while. Which one do you think is the right option? Though a blend of the two seems to be the most appropriate strategy, a proper diet plan has worked quite well for many. The ketogenic diet is one of the most effective diet plans for weight loss. This is a low carb diet which when used properly can give the desired results. In our discussion today, we are going to discuss in detail the keto diet.

Even though keto has been there for centuries, its application on weight loss has gained a lot of popularity. There are other low-carb diets including paleo and Dukan among others. Nevertheless, the keto diet is outstanding due to high-fat levels with moderate proteins. But then how does ketogenic work?

The Keto diet works on the principle that when the body is deprived of glucose, ketones will be used as alternative energy sources. It is the oxidation of fats that produces ketones. Generally, the brain requires a lot of glucose and a very steady supply since it cannot be stored. When glucose is depleted, the level of insulin lessens and the body starts using fat for energy. The liver then produces substances called ketones from fat which is often used at the expense of glucose.

When ketones are in large quantities within the body, one is said to be in the state of ketosis. In general, healthy people get to the state of ketosis while fasting or during strenuous exercise. When used in the right way, the number of ketones in the body cannot get into harmful levels since the brain will utilize ketones as fuel and the body will produce the correct amount of insulin to deter production of excess ketones. The rate at which ketones work as well as the number of ketones in the bloodstream varies with individuals and mainly depends on factors such as the number of fats in the body and basal metabolic rate.

The excess levels of ketones may lead to the production of ketoacidosis which is toxic. In this condition, the kidneys initiate the production of ketone bodies as well as body weight through the urine, leading to excessive weight loss. This disorder is very common among individuals suffering from type 1 diabetes since they lack insulin production. It is insulin that deters overproduction of ketones. There are also some instances, very low carbohydrate diet has led to ketoacidosis in non-diabetic people. What level of ketosis is good for weight loss then? This question leads us to another important thing we needed to discuss today.

To begin with, it is important to remember that any drastic adjustment in diet can have devastating consequences. So, start by talking to your doctor before you introduce yourself to it.

Ketosis nutritionists are of the opinion that ketone concentration should always start at 0.5 mmol/L. this implies that if you go beyond 0.5 level, you will automatically be in ketosis. From there, one can upsurge the concentration to 1.0 mmol/L, a level still considered light. Nevertheless, a range between 1.0 mmol/L and 3.0 mmol/L is considered optimal. Now the question is, how can you determine the most appropriate level for you? Well, it will depend on your personal targets. Let us consider three examples in this regard.

Going back to the question raised at the onset – What Level of Ketosis Is Good for Weight Loss? It will all depend on what you want to attain. Nevertheless, the concentration ketones for general weight loss should be maintained at 3.0 mmol/L. going beyond this level will likely affect the body negatively. But again, the ketone level should not be something to get stressed over.

Are ketone levels affected by exercise? The simple answer is “yes”, though the effects vary between individuals. Generally, anaerobic significantly lessens the number of ketones in the blood and upsurge glucose level, causing an overall decrease in ketones in the body. However, it is only anaerobic exercises with short durations that have these effects. Other anaerobic exercises such as swimming and walking lead to an upsurge in the level of ketones in the body. Does this now mean you should avoid anaerobic exercise in case you are in keto? Not at all! You only need to be alert to the levels of ketones in your body in response to food and activities. This will help you manage your nutrition and adjust your food choices to be acquainted with the manner in which your body is affected. You will always aim at keeping ketones and optimum levels.