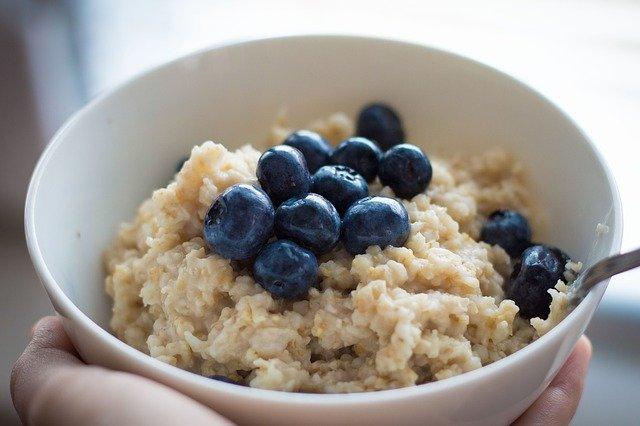 Grits is a popular meal in Southern United States. They are a starchy variety of corn usually made from dent corn. Not to be confused with cornmeal which is finely ground corn. Grits are more coarsely ground and cooked in a liquid (milk, broth or water) till it reaches a thick, creamy-like consistency kind of like porridge. Grits are usually served with flavorful ingredients like sugar, butter, syrup, cheeses, catfish, meats, and shrimp. There are different varieties of grits namely;

Hominy grits– in this type, an alkali solution is used to soften and remove the outer shell of the corn kernels (pericarp) before it undergoes further processing.

Instant grits- the ground corn is precooked and dehydrated. It takes less time to cook and is the most common type of grits found in grocery stores.

Stone-ground grits-made from whole dried corn kernels, this type of grits takes longer to cook but it is the healthier choice. They are not very common in stores because of their short shelf life.

Quick and Regular grits-these types are processed to remove the pericarp and germ in order to prolong their shelf life.

Are grits healthy? Find out here

Grits is staple consumed by a large number of people and a huge part of southern cooking thanks to its endless adaptability. It’s normal to wonder if it has any nutritional value, so it begs the question, what are the health benefits of grits?

Grits are incredibly high in iron which aids in the production of red blood cells. They also contain various antioxidants, minerals, and vitamins. Stone-ground grits made from whole corn kernels tend to contain more nutrients than the regular processed grits. Some of the notable health benefits of grits are;

Anemia can be caused by an iron or folate deficiency. The notable symptoms include; shortness of breath, fatigue, and paleness of the skin. Iron deficiency causes poor production of hemoglobin which helps the red blood cells carry oxygen to the muscles and tissues. Grits are a great source of iron and folate. A cup of grits provides up to 8% of the Reference Daily Intake for iron and 25% of the RDI for folate.

Grits are filled with a variety of antioxidants

Grits contain powerful antioxidants that protect the cells of the body from chronic conditions like heart disease and cancer. Some of these antioxidants include; syringic acid, caffeic acid, lutein, and zeaxanthin.

For people with a gluten sensitivity or celiac disease, grits can serve as an alternative for grains like barley, wheat, and spelt, which contain gluten. Grits naturally do not contain gluten. However, some manufacturers process corn in the same factories as products containing gluten. So, if you have a gluten sensitivity or celiac disease, ensure to always read the labels for gluten contamination warnings.

Grits contain Zeaxanthin and Lutein which are key antioxidants for eye health. These antioxidants lower the risks of developing degenerative eye disorders like age-related macular degeneration and cataracts. They also protect the eyes against blue light damage.

We can’t talk about the benefits of eating grits without taking a look at some of its downsides. First is the fact that the most commonly available type of grits is the regular and instant type. These have undergone processing to remove the pericarp and the germ (embryo), which significantly lowers the nutritional benefits. Stone-ground grits, which are the healthier choice, cannot be found in most stores.

Also, grits are usually served with high-sugar and fat ingredients which are high in calories. It is advisable to substitute fruits for sugar when making grits. Water or low-fat milk can also be used together with lots of vegetables to make grits healthier.

Grits are a delicious and nutrient-packed breakfast dish that is fairly easy to make. There are different types of grits, with stone-ground grits as the top choice when it comes to health benefits. Because grits are served with high-calorie ingredients, it is important to practice portion control and try substituting high-calorie ingredients with healthier ones.