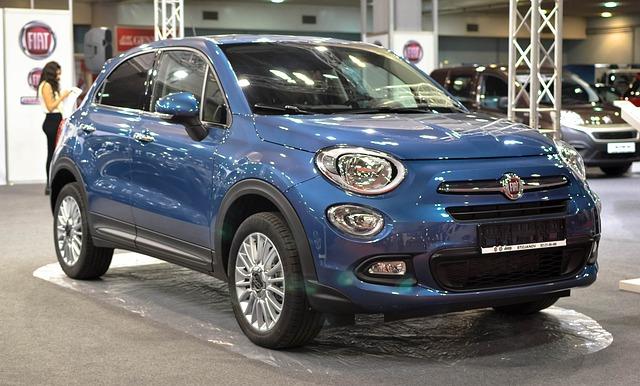 The automotive industry has become used to adapting to sudden transitions in customer taste regarding their go-to daily cars. As of 2007, Toyota sold more than 300000 units of the Corolla sedan in a single year. This is a testament to the fact that sedans were the king of the industry back then. Fast forward to 2021 and the automotive industry sees a shift in momentum again. The Corolla’s sales diminished by a wide margin over the years while the RAV4 became a new trend in the industry.

Small capable SUV crossovers like the 2021 Subaru Forester and the 2021 Chevrolet Equinox are now the talk of the town. These crossovers come packed with the latest technology, safety features, practical interiors, and the most important consumer factor, fuel economy. Not to mention they look suaver than your regular sedan.

Here we explore the world of crossovers and how they are redefining the standards of a full-fledged family car.

Modern age crossovers include a host of capable engines under their lineup to cater to the power requirements of every car enthusiast. For example, the Chevy Equinox fits in a 1.5-liter turbocharged inline-4 under its hood, that can chug out about 170 hp. Just about enough power for a brisk city stroll or quick errand run maybe.

Other crossovers in its segment also sport a similar powertrain, although the engine size may vary. If you crave more power, you can always settle for a mean German machine like a Mercedes-AMG or an Audi. Be prepared to shell out some fancy bucks though to get it your way.

If hybridization is your niche, the Honda CR-V, Toyota RAV4, and Ford Escape all come with a robust hybrid variant. The constant gush of electrons ensures that you never run out of steam on a highway. The scope of finding your perfect crossover is endless, thanks to the various powertrains on show in the crossover industry.

Poor fuel efficiency was a major drawback that repelled customers from buying an SUV. However, today’s crossover SUVs have totally changed the game. These small crossovers are good to look at and good on the gas as well. The Toyota RAV4 is the cream of the crop with its sensational EPA estimates of 27 MPG in the city and 35 on the highway. Other crossovers also see their EPA fuel economy figures in a similar territory.

The massive improvement in fuel economy figures has been one of the driving forces behind the crossover revolution. Customers now see the small compact crossover SUV as a more affordable and fuel-efficient solution. Fuel economy is now on par with its sedan counterparts. Hybrid crossovers like the RAV4 Hybrid bring more boosted fuel economy to the table.

Inside, all the crossovers in the segment are a practical storage haven. The broad interior dimensions and the well-assembled cabins instantly appeal to your eyes once you catch a glimpse of what’s inside. Every little detail like cabin ergonomics and interior quality is crafted to perfection inside a crossover SUV.

When it comes to storage capabilities, the crossover outclasses a sedan by a long shot. With the roomy interior dimensions inside a crossover, seat adjustability is a piece of cake. Say goodbye to those tacky compact trunks in a sedan. With a crossover, the ways of managing your free available space are endless.

For example, the Chevy Equinox offers 30 cubic feet of cargo space behind the seats. This figure is commodious enough to carry all your monthly groceries with ease. Crossovers also offer incredible small storage versatility. This means more cup holders and small storage spaces for your family. Now you no longer have to worry about your children spilling their cold drinks on the seats, or finding a good spot to stow away your phone and keys.

For all the technology geeks out there, you can explore the latest in-car technology and futuristic gizmo right inside your everyday crossover. A crisp touchscreen display is standard on every crossover out there. Standard Apple CarPlay and Android Auto compatibility mean a seamless smartphone integration every time.

Most of them also include navigation as an optional feature, so you never get stranded while on an adventure. 4G LTE WiFi hotspot and multiple USB ports further aid connectivity. To experience the best-in-class infotainment, any pick from Kia like the Seltos, Soul, or the Sorento would be a splendid option. Kia’s UVO infotainment is in sync with the latest tech like real-time traffic, AI voice command, and smart vehicle management.

Every crossover aced the road safety tests put down by the federal agencies. Today’s crossovers are more secure than a sedan in the event of a crash. With a bunch of safety awards on its side, every car in the crossover segment should be a safe fortress for your family to ride in without any stress.

Why crossovers are here to stay within the next decade

When you look at the prime reason behind buying an SUV, most customers bought them to unravel their explorer side and traverse unexplored terrains. Thus, SUVs saw a huge craze in the 90s, only for people to reprimand their poor fuel economies down the road.

The modern-age crossover refines out all the bad parts of an SUV. For starters, it is much easier to park and also gives off the illusion of being bigger than it actually is. Second, most daily drivers only crave the tall ride height and cargo space that comes from an SUV and want to stay confined to their city instead of getting lost in the wilderness. The crossover is the perfect fit for them.

And lastly, the crossover offers the perks of all-wheel drive and incredible practicality without actually having to settle for a sedan or station wagon. This makes the crossover a jack of all trades, suitable for everyday use.

Crossovers are dictating a new era in the history of automobiles with their incredible balance in every factor. They represent the best of every car type- like a sedan, SUV, hatchback, or a station wagon in a single compact package. Moreover, small crossovers are proving to be a valuable everyday companion thanks to their thrifty fuel economy, intelligent driver-assistance technology, and spacious cabin. Some high-end crossovers even emulate the luxury levels of a flagship sedan. The humble crossover bridges all the gaps that divided automotive purists and is a perfect vehicle to represent the future.