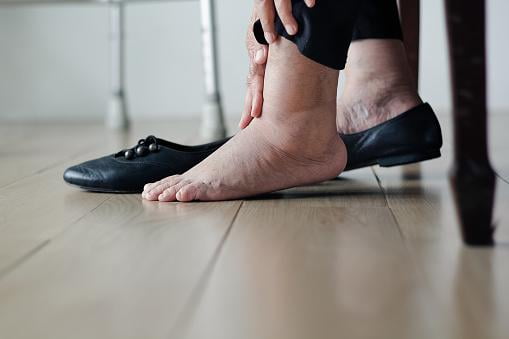 Many different fluids, most notably water, are critical to the optimal functioning of a woman’s body. However, should these substances excessively accumulate, a medical condition called fluid retention could develop.

Where And When Can Fluid Retention Be Seen?

Typically, the body eliminates excessive quantities or unneeded fluids like water. In scientific terms, systemic failure to perform this vital process is known as edema.

Bodily Regions Where The Condition Is Most Often Visible

Water retention precipitates swelling is various bodily regions. In a discernible number of cases, such occurrences impact extremities such as the arms and legs. That said, edema might also present itself in a woman’s abdominal area and other locations.

Swollen extremities are the most obvious indication. However, the malady can elicit other underlying warnings signs, including unexplained weight gain, difficulty shedding unwanted pounds often despite increased dieting and exercising, and puffy ankles. Moreover, women might experience less common accompanying symptoms like headaches and joint stiffness.

This definition of the ailment occurs when swelling appears throughout the impacted subject’s body.

The localized version is more common and often presents in the legs and feet. However, such cases might also occur in one’s arms, hands, and even their face.

Can Water Retention Be Normal?

Though alarming, certain incidents of edema are considered normal. In these cases, the condition is typically short-lived and do not cause any other serious symptoms.

That said, presentations lingering for more than a week or two or are accompanied by several untoward or life-disturbing symptoms should be brought to a physician’s attention. Such circumstances might indicate the presence of a serious underlying illness.

The Most Common Causes Of Water Retention

Edema may result from various causes. Some precipitating factors might be relatively harmless and simple to resolve. However, other origins are far more serious and may require aggressive treatment. Common causes include:

In many instances, water retention may be diet-related. Women consuming large quantities of sodium stand at greater risk. Sodium, which is the primary element comprising table salt, is notorious for precipitating edema.

Water retention if often symptomatic in the presence of an ailing liver, heart, or kidney. Medical professionals maintain that excessive water concentrations often collect in diseased or malfunctioning bodily regions.

Such circumstances force the body to store carbohydrates and burn protein. Initially, systemic imbalance of these nutrients causes the body to lose water. However, after a short duration, the body compensates and attempts to replace lost weight using water.

Certain drugs may lead to edema development. Specific preparations include those employed to treat high blood pressure and muscle-building or repairing substances like steroids.

Women, especially older subjects, are more prone to water retention because of hormonal imbalances and as a female’s a negative effect of hgh therapy. Women fortunate enough to live into their late forties or early fifties experience a natural life stage called menopause.

This event is characterized by the reproductive system’s gradual cessation of pertinent hormones like estrogen and progesterone. Said events produce numerous symptoms untoward occurrences including edema.

Women who stand for extended durations possess a greater risk of retaining fluids. The simple act of standing places undue pressure on blood vessels in the legs. Moreover, the problem could occur because standing forces fluids to collect in said extremities.

How To Prevent Water Retention?

Fortunately, fluid retention can be reduced or possibly even eliminated. That said, the afflicted subject must first identify the underlying cause. Noted reduction or eradication methods include:

Nutritionists and healthcare providers opine that a diet rich in nutrients like potassium could greatly reduce edema. This element, which is often found in produce products, strengthens blood vessels. Moreover, stricken individuals are encouraged to make other dietary changes like:

Above all, impacted persons should decrease or stop eating canned, processed, and frozen foods. These products contain high sodium and chemical contents.

Women should address inequities of reproductive hormones like estrogen and progesterone. That said, diminished quantities of other chemicals like human growth hormone, sometimes abbreviated as HGH, could produce edema and other untoward physical manifestations.

Physical activity is crucial to maintaining proper water flow. Therefore, women who move regularly are less likely to develop edema than those who do not.

Should fluid retention be the symptom of some underlying illness, properly addressing said malady might provide relief.