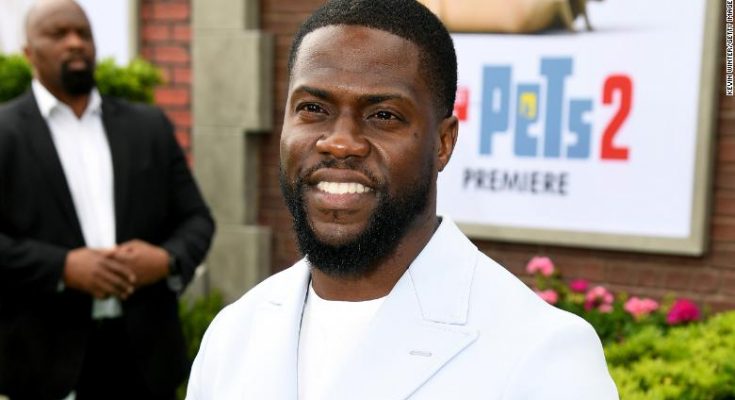 On September 1, 2019, Kevin Hart suffered a horrible car accident where he was severely injured. A month later, he and his wife broke silence on the comedian’s condition. As we reported back then, Hart’s attorney, Andrew Brettler, issued a statement saying that the actor is recovering, but will take things slow and won’t return to work until 2020.

“Hart doesn’t anticipate going back to work full time until early next year, assuming everything stays on track with his physical therapy,” Brettler said.

Aside from these few statements released publically, we didn’t know much what was going on with the actor. All we know is that Hart suffered major back injuries and had to do surgery. He was with two friends in the car that day. The driver, Jared Black, and his wife. Jared also sustained back injuries and was rushed to the hospital, while his wife was able to walk away with minor scrapes and bruises.

Later, we found out that Kevin fractured his spine in three places as a result of the car accident.

Everyone was on edge waiting to hear from the comedian himself that he’s good.

Well, a month after these statements and two months after the car accident, Kevin Hart is back on Instagram.

The comedian shared an emotional video where he addresses his fans, friends, and family.

On the video, we can heat the comedian’s voice while new footage from the accident as well as terrifying images of the demolished car that he was riding in appear on the screen.

“September 1, 2019, I was involved in an accident, my world was changed forever,” words appear on the screen.

The whole point of the video is Kevin’s road to recovery.

We can see the actor working out and doing his rehabilitation. Plus, we get to see the scar on his back.

Moreover, we hear the doctor in the video telling Kevin that his recovery will last for a year.

What Kevin thinks about his traumatic experience and how he sees things?

Pictures like this really make me smile….Me & My Mini Mini Mini me… @enikohart with the photo cred #Harts …. #SwaggyLikeHisDaddy

“When God talks, you got to listen. I swear life is funny because some of the craziest things that happen to you end up being the things you needed most. After my accident, I see things differently. I see life from a whole new perspective and my appreciation for life is through the roof,” we hear the actor open up.

Basically, Hart says that he believes, through the accident, God was telling him to slow his life down.

We’re glad we have him back on his feet! And we hope to see much more of his work in the future!