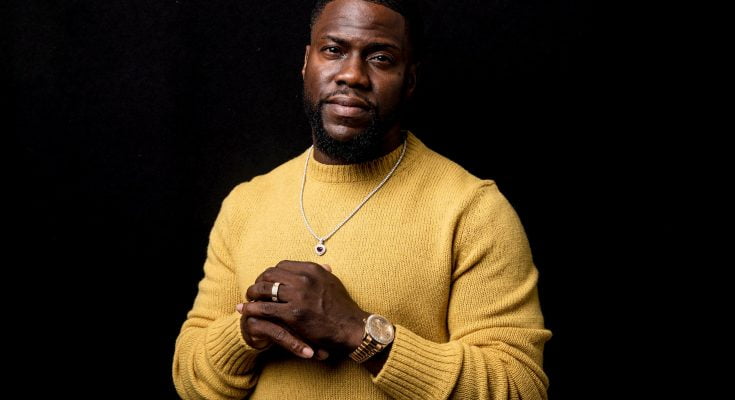 A month ago Kevin Hart was admitted to a hospital with major back injuries after a car crash. On Sept. 1 the comedian, the producer Jared Black, and his fiancée, Rebecca Broxterman, were driving in Hart’s car. Jared Black was the driver. Apparently, he turned onto Mulholland Highway near Malibu, accelerated and lost control. The car hit a tree leaving the driver and Kevin seriously injured.

The California Highway Patrol report states that a man who was driving Hart’s 1970 Plymouth Barracuda car accelerated recklessly on a Southern California highway, causing the incident. Plus, investigators shared that no one was wearing a seat belt.

ET Online reported that both Hart and Black were then transported to nearby hospitals as a result of “major back injuries,” and later adding that Kevin fractured his spine in three places as a result of the car accident.

Sources close to the actor later stated: “Since the surgery, he [Kevin Hart] has been heavily sedated. The physicians are doing everything they can to keep him out of pain.”

Apparently, the “Jumanji” actor’s injuries were so severe that he had to have surgery as soon as possible.

On Sept. 11 Kevin left the hospital and entered a rehabilitation facility for physical therapy.

Since then ET Online found that the actor is making progress, but he’s “taking it easy” and he’s “not planning to go back to work full-time until the first of the year.”

After all the speculations and rumors from sources, Kevin Hart finally broke his silence. This Thursday, the attorney, Andrew Brettler, released a statement in Kevin’s name. Brettler confirmed, “Hart has not been in full costume for these shoots and he’s not walking much for them either—sitting through most of the day—even though he can walk on his own. Hart doesn’t anticipate going back to work full time until early next year, assuming everything stays on track with his physical therapy.” while he assured the public that everything is fine.

Plus, we know that the comedian doesn’t hold any resentment towards Black, saying: “I have nothing but love for Jared and wish him and Rebecca a speedy recovery.”

“We’re just taking it one day at a time…He’ll be back on track in no time,” Parrish told the paparazzi.

Meanwhile, many of Hart’s colleagues shared their worries and support on social media.

Dwayne Johnson posted a photo of him and Kevin, on his Instagram, writing: “Stop messing with my emotions brother @kevinhart4real. We have a lot more laughing to do together. Love you man. Stay strong 🙏🏾”