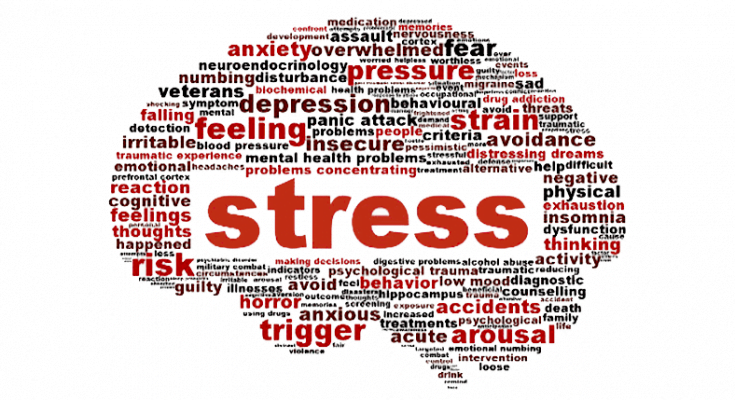 According to figures from Gallup, stress affects eight out of ten Americans at some point in their lives. In many ways, the primary problem associated with stress is, of course, the mental ill health that it can lead to: it’s associated with a number of health conditions, including depression and anxiety, and it can also have a knock-on effect on physical health.

However, another effect of stress that is not considered as frequently is the impact on a person’s appearance that being stressed at work, home or school can cause. From the increased likelihood of seeing wrinkles on the face to a higher chance of hair-related problems, stress is a driver for many elements of personal appearance that lots of people would rather avoid. Here are some of the main connections between stress and appearance – and what you can do to deal with them.

To some extent, wrinkles are simply an inevitable fact of aging – and they can be caused by a range of purely physical factors, including changes in your skin. However, wrinkles can also arise as a direct result of stress: you may find yourself subconsciously contorting your face as a coping mechanism, for example, while stress also stimulates the production of a hormone called cortisol. This, in turn, means that skin cells find it difficult to recreate and produce the collagen and other substances required for skin health.

Ensuring that you don’t move your features into wrinkle-friendly positions is one way to tackle this. Using a regular anti-wrinkle night cream can help to make sure that your skin has the time it needs to recover while you rest in the evenings. Your skin should always remain hydrated, so don’t feel nervous about drinking an additional glass of water or two.

Hair is often seen as a tough part of the human body that is immune to what’s going on inside the mind. It’s often believed that hair quality comes either from external conditions, such as bad weather, or dietary and other consumption-related factors. However, lots of hair-related conditions and experiences have some sort of relationship with stress.

Baldness and hair loss, for example, have been known to be caused by stress-related problems. It is believed that stress can stimulate a condition called telogen effluvium, which sees hair follicles enter a position of non-stimulation and fail to perform as normal. Alopecia, meanwhile, can also be pushed forwards by stress and related conditions. For those who are finding that their hair is simply lifeless rather than falling out, meanwhile, Viabrance and other hair regrowth products are often wise choices. Growth serums are an ideal way to recalibrate your hair follicles and push them towards stimulation – and by choosing a mineral-rich option, you’ll also be able to get that natural feel.

One of the primary ways that people self-medicate for stress and the mental health problems that often follow it, meanwhile, is through an unhealthy diet. Whether unhealthy food at lunchtime is the only way to get through a tough morning or that evening glass or two of wine acts as something to look forward to, almost everyone who has experienced stress will have overindulged from time to time.

However, designing yourself a healthy eating and drinking program is vital if you’re keen to keep the signs of stress off your body. Overeating, perhaps as a coping mechanism or as a distraction from the sources of your stress, may provide a short-term high – but in the long term, it can lead to a bloated appearance. Drinking too much alcohol, meanwhile, can cause sleep problems – leaving you with those undesirable baggy eyes. Instead, it’s wise to ensure that you invest some time in preparing healthy and delicious meals. Buying a flask in which you can carry around tap water is a cost-effective way to keep yourself feeling fuller for longer.

Stress is a common phenomenon, and it’s one that many people have experienced here and there. It’s unfortunately not the case that the signs of stress will stay away from your physical appearance, but from using night cream to tackle wrinkles to ensuring that you have a healthy relationship with food, you can prevent stress from causing too many appearance-related issues.