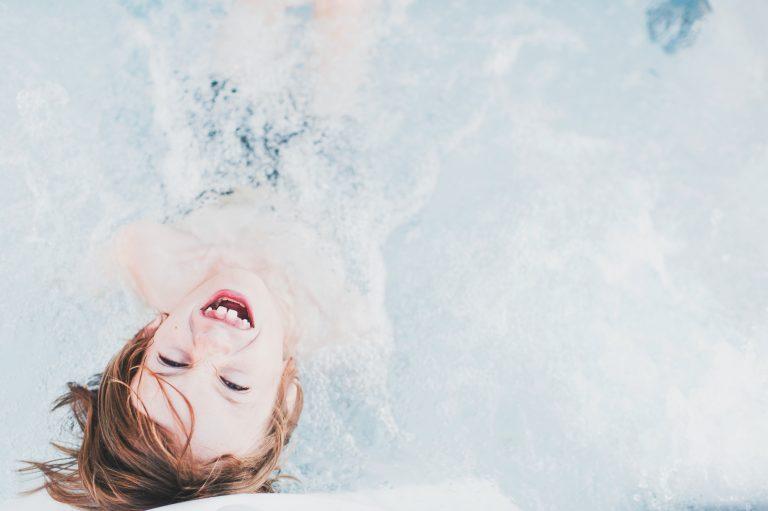 Looking for ways to make time in the pool more enjoyable for your kids? Want to get more time to yourself and know that your kids are occupied productively in the pool? Tired of just getting your child to swim in the pool? Don’t worry. We’ve compiled a list of some fun games that you can plan for the next time your kid gets into the pool waters. Check them out below.

This is an extremely popular game that kids are sure to love. A more complex version of tag, this game requires one person to close their eyes and try tagging another player close to them while their eyes are closed. The player with the eyes closed says, “Marco” to which others respond with, “Polo”. Based on the sounds made, the player will have to try tagging another nearby player while their eyes remain shut. Whoever gets tagged becomes “it” for the next round and must try to do the same to someone else.

This is another fun adaptation of tag where one player is the shark and all other players are minnows. When the game begins, minnows must stand at one end of the pool and try to swim across to the other end at the go signal. They must accomplish this without being tagged by the shark. Anyone tagged becomes the shark for the next round of the game.

Although a simple game, this can be a lot of fun for kids, especially younger kids just learning how to swim underwater. Make sure the kids are lined up against the wall on the pool’s edge. At the “go” signal, they must start racing underwater. Whoever manages to go the furthest underwater without needing to come up for air wins the game.

This aquatic version of “Whack a mole” is fun for kids and adults alike. At the beginning of this game, one player is “it” and is given a pool noodle. The game’s other players are the bobbers who must try to get from one end of the swimming pool to the other bobbing their heads up and down along the way. As the other players try to bob across the pool, the middle player has to try and whack them with the pool noodle. Those who make it to the end of the swimming pool successfully are safe while anyone who gets whacked along the way must become the next player in the middle trying to whack the other bobbers as they make their way across the pool.

This game requires every player to have a pool raft as well as noodle. Players sit on their respective rafts and must use the pool noodle to “joust” against other players. The primary objective is to knock other players of their rafts and into water. The player that manages to stay on their raft when all others have been knocked off their rafts wins.

Kids love scavenger hunt on land and making slight modifications to create an aquatic version of this game can get them equally excited. You’ll have to select some items that can sink into the swimming pool and split the kids into 2 groups. The items must be scattered all over the swimming pool so that the kids aren’t aware of exactly where each item is scattered. It is up to the 2 teams to retrieve the sunken items and bring them back to the surface before the other team players do so. The winning team will be the one that managed to retrieve the most number of items.

Fish in the middle

This is the perfect game for kids who are already tired from playing other games in the pool and are looking for less physically strenuous ways to have fun in the pool. You can divide the kids into teams and get them to choreograph a unique and creative water dance that involves a lot of splashing and is built on teamwork.

Somewhat like scavenger hunt, this game may be more exciting for kids because it gives them a chance to make money quickly and fun. Make sure the kids playing have no view of the swimming pool when the game starts. Their backs can be turned towards the pool to ensure that they don’t see anything. Toss a handful of coins at different swimming pool locations and then get the kids to enter the pool and collect as many coins as they can. They should be allowed to keep the number of coins they managed to collect as their prize for playing the game.

Don’t yet have a pool at home? Contact The Fibreglass Pool Company for a free quote.

Photo by frank mckenna on Unsplash