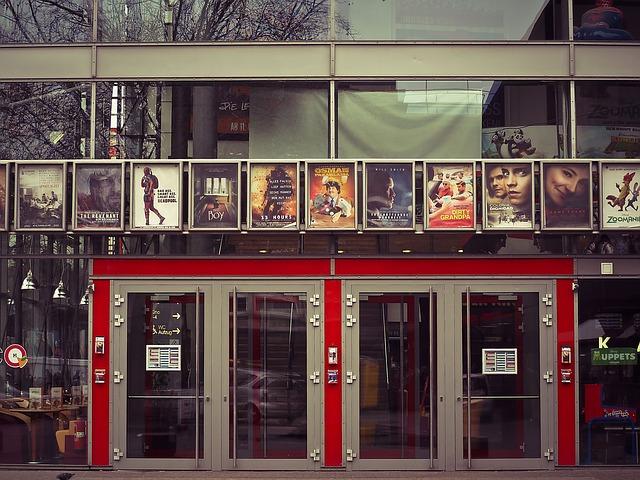 Toys are a good source of fascination to children, and to some extent, adults find them adorable. Picture viewer toy is an example of a lively toy put to life by reels containing stereoscopic and transparent photographic films.

On the eve of World War II, picture viewer toys were created not as toys but as home entertainment systems for adults. They were invented by William Gruber in 1939 and marketed by Fred and Edward Mayer’s Photo-fishing Company. From the 1940s to ’50s viewer master reels were sold as individual components but Sawyer began grouping them in packets containing over 250 reels.

Keeping ahead of the competition, Sawyer bought its arch competitor Tru-Vue Company in 1951. It acquired 35mm films that produced stereo views- by then film strips were a technological marvel and produced good pictures. Removing its competitor and having the technology to produce a quality picture for viewer toys, Sawyer was set on the right trajectory. Sawyer’s success increased since it had acquired all the rights to Disney animation characters, and it had the technology to produce scenic attractions.

When the late Charles Harrison began working for Sawyer as a designer, Harold Graves (Sawyer’s President) knew he had hit the jackpot. Having great designers and supplying their creations to the recently constructed Disneyland amusement park was a market boom for picture viewer toys. Nonetheless, several manufacturers like Tyco-Toys later joined the industry with improvement on the viewer masters.

Currently, most companies have stopped producing picture viewer toys since technology is slowly erasing the old culture and replacing it with apps. The recent drop out occurred in 2009 when Fisher-Price announced that it was dropping the production reels depicting tourist attraction sites. However, the company emphasized that it will continue producing animated characters for virtual reality.

Replacing old-school reels in picture viewing toys is a challenge being undertaken by virtual reality and software. After fisher- Price dropped production of reels; it partnered with Google to produce a new version of Viewer master. The new version is developed, designed, and installed in smartphones as View-Master Virtual Reality Viewer.

Once the pictures are created on Google Cardboard VR platforms, they are loaded into apps then installed on a smartphone. The phone is inserted into the back of the toy where the content will be viewed on the screen. Though the current picture viewer toy uses a screen, it is not short of characteristics initially depicted in reels such as 3600 panorama and 3D models.

Though the mechanisms of securing a phone inside the picture viewer toy aren’t tight enough, it worth noting, this system is built on quality and comfortability grounds. In 2016, the company made some improvements to the existing system. It became compatible with small phones, and the missing headphone port was added together with focal adjustment.

Value is determined by conditions. Picture view toys should be kept clean and protected from sunlight. The view master paper reels should be free from moisture and molds like any other paper. Leaving your reels exposed to mildew will erase the picture and as you know a reel without a picture is worthless.

At times prolonged exposure of reels to heat causes blisters. And that too will lower the quality of pictures.

Before buying any picture toy, check the reels. A three-reel pack should be complete in an envelope covering the outer side and have an inner story booklet if mentioned on the package. If you are a retailer and receive any part of the reel that is torn or spoilt, drop the value of the set since they aren’t of high quality and attractive. Furthermore, a torn reel is difficult to operate in your toy, and some pictures might be missing so avoid them.

The original picture viewing toys are becoming scarce since some companies aren’t producing while others have shifted to developing apps. A notable example is view master manufacturer Mattel which discontinued its production in 2019. For antiquity lovers, this is sad news, since the almost a century-old culture is about to be erased forever! Fortunately, the following are the recent sales of picture viewer toys sold on eBay. First, let’s understand how reels in picture viewer toys are made.

It is fun seeing your child discovering images in your 1970’s picture viewer toy! What if you find only scattered parts, can you assemble them to impress your child? As a matter of fact, there are very few technicians involved in mending these relics; thus, the task is solely on you. Don’t freak out! Here is a self-explanatory way to make these toys.

With a studio and an old camera, you can create and photoshop pictures to customize your reels. After preparing the pictures, the painstaking job of placing the pieces together begins! Using a pair of tweezers and a light table tightly fitted with a head-mounted magnifier, produce a 3D image by layering tiny pieces of the film.

If you are among the 10milllion Americans with shaky hands, the job might be a bit complicated, but after several attempts, the outcomes will be impressive. So if you have a 1950’s view master, don’t throw it away, keep it as a souvenir and follow the above simple procedure to restore it.

With only $70, getting Rose Festival View-Master is possible. This toy has one of the rarest reels since only a few of them were produced. But, the amazing beautiful scene capturing Rose Celebration in Portland is particularly romantic and attractive. The images in the reel include Grand Floral Parade, Queen’s Coronation, Rose Show, and Junior Rose Parade. Each picture is unique and captivating as it is. Why don’t you buy one for your lover or kid before the stores run out of orders?

This reel is amongst the rarest vintage produced by Sawyer. It is a great item if you are looking for something from the past to surprise your child with. Designers of these reels took their time to explained the experience a traveler will get when traveling to Six Gun Ocala Spring Theme Park through pictures.

The setting is good, and the pictures are great, you don’t need another dose of happiness to enjoy this reel in a picture viewer toy. Though it is a several-decade-old reel, sellers’ notes indicated it is in good condition; nothing has been altered since it was found. You can check on eBay or any other vintage dealer to find out if another piece is still available for you.

This reel was popular in the 70’s picture viewer toys. It is a fascinating story crafted in animations, cartoons, and spiders. According to eBay seller, the reel is bent a little bit but is perfect for toys. Make a move and go for it to continue building your vintage reserve!

A picture viewer toy has roots from the post-industrialization period all the way through world war two to the internet era. It is a great piece for you and your family. Though the technology brought new inventions, it did not erase the phrase “old is gold!” There are still some vintage reels perfect for your toys out there. I’ve only mentioned three, but I promise to bring more.