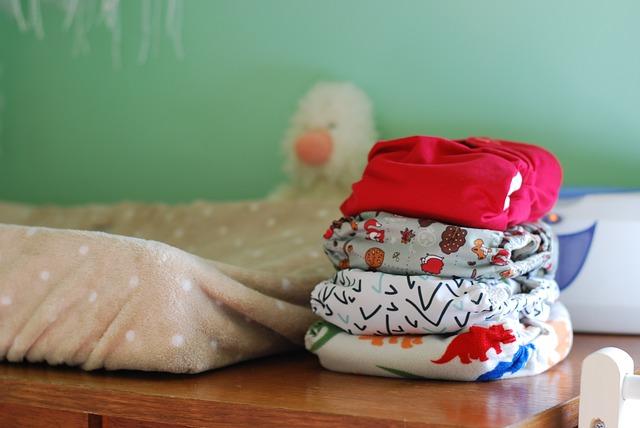 Buying a diaper is one of the first things parents must do after birth. However, it can be confusing because there are so many options out there. The price, design, and features differ a lot. Go to a pharmacy or a baby store, and you may be asked what you want to buy – a cloth diaper or disposable diaper? How do you decide? This guide will help you.

What is a Cloth Diaper?

The one made with cloth is the traditional diaper. Parents have used it for thousands of years for newborns. Usually, these diapers are made of natural materials like cotton. You will also find them in various forms like fitted, contoured, pre-folded, flat, shaped, tied-up, and others.

Most cloth products now are hybrid diapers, having two parts – an inner material that is water-resistant, and a waterproof cloth on the outside. However, the most important decider is that you will be able to reuse them because you will be able to wash and disinfect the diaper just like any other piece of clothing. Naturally, you will be able to save money if you can reuse it.

What is a Disposable Diaper?

We had the first disposable diapers in 1948. As the name suggests, they cannot be reused, but these diapers still became very popular because of their features. For example, many have an inner lining that can absorb very efficiently, which makes them better than cloth diapers. They offer the same comfort level. You cannot clean and reuse them, so you will be able to use them just once.

They both have their pros and cons, which means, it is never an automatic choice. It is best you decide yourself after comparing their features and utilities.

Cloth diapers are produced from natural materials like hemp, cotton, muslin, flannel, bamboo, wool, silk, and linen. The material should be clearly mentioned on the package. Also, these natural materials will sometimes be mixed with artificial materials, such as polyester, suede, and nylon. They are used to make the diaper stay dry. Cloth diapers also offer more space, so the baby can move around more easily. Everything will remain in place. Air also circulates better within then, which keeps the skin cool.

Disposable diapers, on the other hand, can be made of polyurethane, polyethylene, and other plastics. They usually have a better absorption power, like what you will find with the Moony Diapers. These diapers don’t leak, don’t cause rash, are easy on the skin, and are easy to change.

Often, you will find disposable diapers that contain scents and dyes. They are added for aroma and color. Also, you should know that some chemicals used to make them are petroleum byproducts. Dioxin, one such chemical, is a known carcinogen. A few of these chemicals may also cause asthma in infants. However, these are just opinions, because no detailed study has been conducted yet to find a long-term impact on the health of a baby.

Cloth diapers are messy. You will also have a lot more laundry because you will need to change frequently. More laundry, of course, means a higher electricity bill and more water usage. Also, changing a cloth diaper is always going to be more cumbersome.

Also, some cloth diapers actually cause more skin rash because the material cannot absorb as efficiently. The rashes can also be more severe.

This is always a major factor the parents will consider. Typically, you will have to spend anything between $2000 and $3000 for two years if you choose disposable diapers because your baby is going to need them for a couple of years minimum.

Cloth diapers, on the other hand, will cost between $800 and $1000. But you have to wash many of them daily, so there will be a few side costs. For example, the price is going to be about the same if you go to a laundry. If you wash at home, then too, your electricity bill will be higher. You will have to buy a drying rack. Plus, you will also have to purchase new diaper liners regularly. The detergents are also expensive.

You will be able to use a disposable diaper easily, thanks to their foolproof sealing methods. There was a time when changing a cloth diaper used to be complicated as the folding procedure was complex. However, now, they have Velcro strips and snap buttons that have made this much easier. There are also leak-proof bands, which do not allow the waste to escape.

But, remember cloth diapers need to be changed more often compared to disposable ones, even if they are absorbent. Also, traveling with the cloth variety can be a problem, as you will probably have to store soiled diapers in your bag when you are on the move. There is no such problem with disposable diapers because you just throw them away after use.

Your child is probably going to use anything between five and seven thousand diapers before she is able to use under clothes. That’s a lot of disposable diapers that can cause a serious impact on the environment like producing plastic, cutting down trees, the use of chemicals, and pollution during transportation. There is adverse effect both on the soil and water.

How many disposable diapers are transported to garbage dumps around the world every year? More than a hundred billion! Naturally, there is a big ecological footprint. Also, the baby’s feces will land up in the landfill, which will be a biohazard that can promote diseases. Human waste should always go to the toilet. When you flush down the feces, it moves to the corporation’s facility through the sewage lines, where it is properly treated or managed.

Cloth and disposable diapers both have their advantages and disadvantages. Ultimately, the parents have to decide what is best for them and safest for the baby. Remember, you can always switch between the two depending on your convenience.