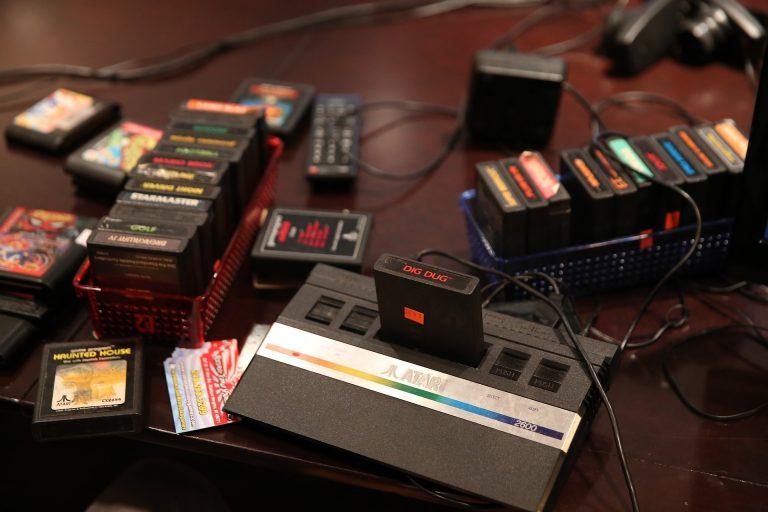 Most of the youth today have never seen many of the entertainment gadgets and devices that the older generation used years ago. The youth of today have all the entertainment and gadgets they need at their fingertips, with fantastic smartphones providing multimedia possibilities, or with their powerful PCs, tablets, and laptops.

However, their parents were the first ones to experience the evolution of tech entertainment using different devices for each segment of media. That is as opposed to today whereby music, movies, series, gaming, and communication are all part of a single device that can wirelessly connect to entertainment systems.

Today there are huge gaming sites that give players access via the internet to thousands of games that are available for gameplay on web browsers. Playcasino.com live games gives us an idea of how modern tech changes the way people see the casino industry as now they can just waltz into a live casino and play casino table games such as blackjack or roulette as if they were sat inside in a brick and mortar casino.

There is no longer any need for videos or DVDs which is exactly why we saw the end of large household brands such as Blockbuster Video, and the end of camera film also saw another household brand sink from hero to close to zero when Kodak was almost put out of business by the new digitalized era of photography.

Let’s take a trip down memory lane and check out some of the older technology that was the entertainment for the youth of the past.

Wireless earbuds? Hundreds of songs? FLAC format song quality? Playlists? People had none of that before the smartphones, iPods, MP3 players, etc. What they did have were Walkmans!

These somewhat bulky devices were portable, but your pants would be falling down when these things were attached to them. Also, a walkman could only have one cassette tape inside, with 15 songs maximum on it. On two sides!

The Walkman didn’t have powerful specs, but it did provide music to your ears with those huge headsets that covered half of your head (something like gaming headsets today).

The first gaming console that could fit into a normal room, Atari is a predecessor to Sony Playstation and XBOX gaming consoles in both looks and use.

With the 8-bit processor working at 1.2MHz and 128 bytes of RAM, one could not expect some fantastic graphics, especially considering the TVs at the time that they were connected to.

Be that as it may, some iconic games like Pac-Man and Space Invaders could have been played at home, and both kids and adults alike did enjoy playing these games a lot. Having fun was more important than having flashy skins and life-like graphics. Simple times…

Taking selfies wasn’t as easy before as it is now. Today, you just have to reach in your pocket, take your phone out using only one hand, and take a high-quality selfie while looking at the screen which serves as a mirror – three seconds is all it takes.

But, years before phones were smart and had cameras, people had to use photo-cameras. One of such was the Polaroid camera, one of the most popular photos taking devices ever.

These bulky objects did not fit into pockets, and therefore you had to carry them around your neck. Waiting for the flash took ages, and there were neither selfie sticks nor screens serving as mirrors. One had to reach out their hand and long-press the button to take a shot. After a few seconds, you could see the end result. Of course, this could have been done for only a limited number of times, unlike today’s 200 selfies per hour.

IBM PC – Model 5150 was a professional and home computer from IBM that began production in the United States way back in 1981. It wasn’t the first personal computer on the market, but it did pave the way for the rapid expansion of affordable PCs to millions and millions of homes.

It may sound quite funny today, but IBM 5150 used the Intel 8088 as a microprocessor that ran at the frequency of 4.7MHz. The computer’s RAM had a capacity of 64 KB (the first computers only 16 KB) to 256 KB at most (later 640 KB at most). MS-DOS, or CP / M-86, or USCD Pascal was used as the operating system. The DOS OS has been sold to many manufacturers, and this was the first compatible PC, which is a normal thing today.

For today’s standards, this would be a laughingstock, but this PC was arguably the most popular PC ever and did its job more than well.

Technology will never stop evolving. Today we can work online and make money online without the need to go to an office. We can order food online without having to speak to anyone and have that good delivered. In fact, if you wanted to stay at home for 1 month or even a year, there is enough technology available to you, so you never have to go outside.

In the future, we will see blockchain tech rise and the possibility of a new global decentralized cryptocurrency adopted ‘en masse’ while we may also have an entirely new internet that uses so form of blockchain tech. Think about the film ‘The Matrix’ and some of the tech you see in that film could be a reality within the next 20 to 50 years.