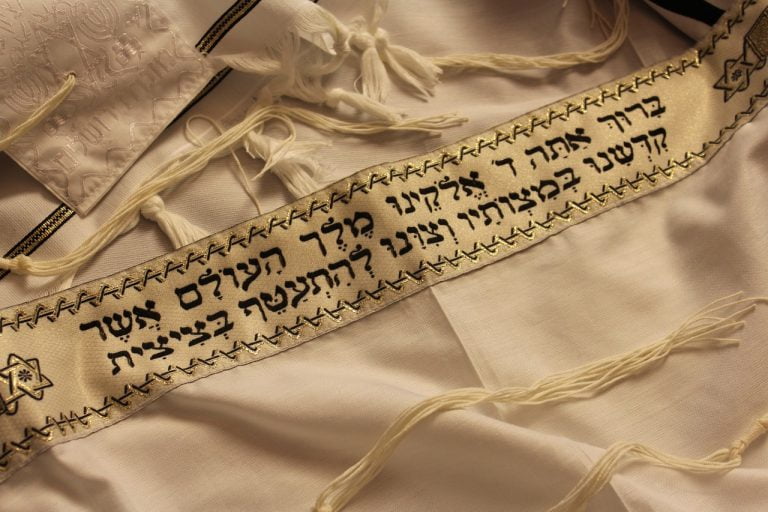 Judaism is considered amongst the oldest religion in the World. Dating almost back to 4000 years, Judaism has its roots from Israel where people of vast diversity, culture, and tradition follow it with utmost dedication and belief.

The religion has its own unique essence and numerous customs that has to be followed by one practicing the religion with utmost conviction. There are numerous traditional ceremonies, holidays, prayers, & religious items associated with the religion. However, in this post we are going to dig into the top 5 religious items of Jewish religion. Let’s start.

Torah is a religious scripture of Jewish sect. It is precisely described as the first 5 books of the 24 books of Hebrew Bible. The books contain the religious learning and commandments of Gods. With such an extensive knowledge, these scriptures are considered with special reverence to God.

Tallit is kind of a religious shawl used to wear over the clothing. It is used in Jewish prayers by people of Judaism religion. Tallit is also known as Tallit gadol which has fringes attached to it. The fringe has its own divine appearance and meaning that makes it so special for people practicing the Jewish faith.

Tzitzit are extremely light and subtle clothing worn over the shirt. It is quite remarkable in design and appearance that allows air to freely pass across it. Men wear this garment under their clothes during summer and are sort of a traditional garment worn by the Jewish people. Tzitzit are often available in multiple designs and colors to best suit the requirements and the mind of the wearer.

Hamsa is a religious symbol in Judaism. The symbol holds significant importance for both Islamic and Jewish Culture. It has been used since old times to protect from negative energies and possessed magical powers. Plus, it is believe to drive prosperity, happiness, and protection in one’s live. Hamsa can be applied as a wall sticker anywhere in the house to avail its enormous benefits.

Kippahs are another religious item that is specifically a hat with a brimless shape. The hat is wear during the tradition and auspicious occasion and while offering prayers. These hats are extremely necessary in Jewish community to align with the religious customs and ancient tradition.

While religious items are pretty much attached to appease the divine forces, their cultural resemblance is pretty much the basic. And, anyone can use these items beside the scope of religion.