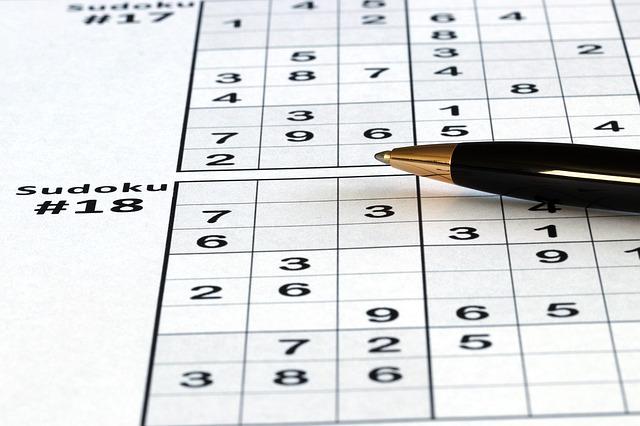 Sudoku is among the most popular puzzle games available today. It is also one of the best mobile puzzle games. Basically, what this puzzle game does is that it brings the daily newspaper puzzle game to your mobile devices. Without a doubt, this game is very popular across the globe. It is for this reason that there are a number of celebrities who are its fans.

In this article, we are going to explore some of the celebrities who are Sudoku fans.  But first, we need to understand what Sudoku puzzle games are all about.

Sudoku free puzzle game is a simple game whereby a player is supposed to place the numbers 1 to 9 in a 9X9 grid. If you want to make a perfect Sudoku, you should not repeat any number within the columns and rows. One of the best things about the Sudoku game is that players can get clues or undo a particular entry. This game is just so interesting with fantastic gameplay. Any player will definitely have a great gaming experience. If you are looking for a game that can tease your brain and keep it in good shape, look no further than Sudoku. This game is available on both iOS and Android.

With that said, let’s take a look at some of the celebrities who are Sudoku fans.

Joan Rivers is one of the most beloved comedians, show hosts, and media personalities in the United States. With a comedy career spanning several decades, she achieved quite a lot. She is listed as one of the celebrities who are Sudoku fans. Joan Rivers, who is 81 years old, has spoken openly in interviews about the challenges of aging and how the Sudoku game has helped her maintain her cognitive strength.

Many people who are 60 years and above find that Sudoku can help them stay sharp. Research also shows that puzzle games such as Sudoku can significantly improve problem-solving skills and keep the player engaged. So you should start playing Sudoku, regardless of your age because Sudoku offers numerous benefits to its players.

Neil Harris is one of the most popular actors in the United States. He is popularly known for his time on “How I Met Your Mother.” Other than being one of the most popular actors, he is also known for his sharp intellect and quick wit- both of which are skills you can improve by playing Sudoku online. Neil Patrick Harris was once quoted in People magazine a few years ago saying that he is addicted to Sudoku. This makes Neil one of the several celebrities who are Sudoku fans.

Camilla is a very popular member of the British Royal Family. She is the wife of Prince Charles, who is the Prince of Wales and next in line for the British throne. Camilla is also an avid Sudoku fan. This indeed shows that Sudoku is truly a global game that has fans all over other than in the USA and India where the game is tremendously popular.

Dr. House is a fictional character. He is also another celebrity who is an avid Sudoku player. He was seen playing Sudoku on an episode in the popular show “House M.D.” The game was part of an attempt to solve a patient’s illness that was proving difficult to diagnose. This shows that Sudoku is indeed a brain teaser game and can help players refresh their thinking and keep their minds in shape.

So, why do these celebrities love Sudoku?

Here are some of the top reasons why Sudoku is a popular game even among celebrities.

If you want to solve Sudoku perfectly, you must concentrate on the game. This puzzle game requires logical thinking, and any disruption can break the chain of thought and you will be forced to start all over again. If you want to enjoy and complete a Sudoku puzzle game, you should not get distracted by anything.

The more puzzles you play, the keener you will be in playing the game, hence improving your concentration level. This improved skill will not only help you play Sudoku, but it can also help you do better in other aspects of your life, whether at work or with your studies, or when performing any task that requires your utmost attention. So if you have been losing focus of late, you should start playing Sudoku.

Another incredible reason why Sudoku is loved by celebrities is that it can improve memory. When you are playing Sudoku, you may have to memorize all the characters in one single cell so that you keep track of your progress. The more you continue to play the game, the more you will realize that you no longer need these notes because you can retain the information naturally. You will be able to remember more complicated strategies and how to solve them. Of course, with healthy memory, you can thrive in many aspects of your life.

Sudoku is an affordable hobby

Some hobbies can be quite expensive, regardless of whether they are healthy or not. But this is not the case with the Sudoku puzzle game. With this game, the only thing required is a logical mind to play it, which, thankfully, everybody is gifted with. You can buy magazines, books, or newspapers with printed puzzles, which in most cases, are very affordable. The internet also has plenty of free puzzle games with varying difficulties you can try to solve.