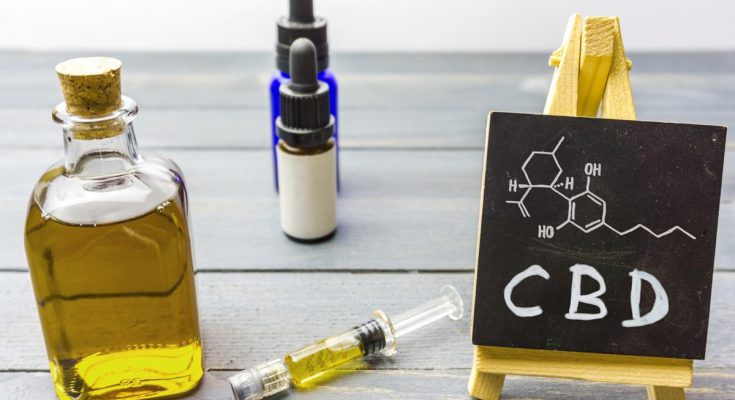 This means that you shouldn’t have to worry too much about getting drug tested by your employer. But there is always a slight chance that your employer might want to start drug testing people at some point in time.

As a result, you might be left wondering, “Does CBD show up on a drug test?”, if you’re one of the millions of Americans who use CBD products on a regular basis. You might be concerned about losing your job if your employer finds CBD on a drug test.

But do you really have anything to stress out about? Let’s learn more about the truth behind CBD oil and drug testing.

What Do Employers Look For When Conducting Drug Tests?

When employers ask their employees to take part in drug tests, it’s usually to see if they’re using one of the many so-called “street drugs” that are out there. These drugs include things like:

The thinking is that, if their employees are using one of these drugs, it could hinder their ability to do their work and make them a liability to their company. It’s why some employers get into the habit of conducting these drug tests early and often.

As you may have noticed, CBD is not among the drugs that employers test for because it doesn’t fall into the “street drug” category. But the thing that makes some people worried is that most CBD oil contains trace amounts of THC, which is found in marijuana. This leads people to believe that the THC in their CBD oil might result in them failing a drug test.

Does CBD Show Up on a Drug Test?

As we just mentioned, there is often a very tiny amount of THC in CBD oil and other CBD products. With this in mind, some people are under the impression that the answer to the question, “Does CBD show up on a drug test?”, would be yes.

But there is such a small amount of THC in CBD that it will almost always go undetected during a standard drug test. As long as you make sure that your CBD doesn’t contain more than 0.3% THC in it, you should fly right under the radar during a typical drug test.

If you’re that worried about the possibility of a drug test finding THC from CBD products in your system, you might want to think about switching to CBD products that are THC-free. But that won’t usually be necessary since basic drug tests aren’t designed to pick up on the presence of CBD or trace amounts of THC.

Is There a Chance CBD Will Appear on a Drug Test If You Use It a Lot?

Most of the people who use CBD oil and other CBD products use it sparingly throughout the day. They make take a few drops of CBD oil under their tongue first thing in the morning or a small amount of CBD cream on their sore muscles at night.

These people definitely don’t have anything to worry about when it comes to testing positive for THC in their systems during drug tests. But you might be worried if you take CBD oil several times a day or vape with it almost every hour.

You can rest assured knowing that, even if you do use a lot of CBD every day, you still shouldn’t come anywhere close to failing a drug test because of it. As we’ve alluded to a few times now, there is such a minuscule amount of THC in CBD products that it’s not going to register, even if you’re taking CBD all the time.

Are There Any Drug Tests Designed Specifically to Detect CBD?

A standard drug test might not detect any signs of CBD in your system. But what about a specific CBD drug test? Won’t that cause issues for you?

It might. But in order to test employees for CBD, employers would have to pay a lot of money to conduct CBD-specific drug tests. And the cost that comes with doing it just wouldn’t be worth the expense.

As you know if you’re a CBD user, CBD products don’t impair you in any way. They aren’t designed to make you feel high like all the drugs we talked about a couple of minutes ago.

For that reason, most employers don’t go out of their way to try and find out if their employees are using CBD.

Will You Get in Trouble If a Drug Test Detects CBD?

Let’s say that, in a worst-case scenario, a drug test somehow manages to detect CBD and you fail because of it. Then what?

Well, even in that situation, you should still have a leg to stand on when it comes to dealing with your employer since CBD isn’t technically illegal. You can likely explain that you use CBD and talk to your employer about the legality of it to prevent yourself from losing your job because of your failed drug test.

But again, that’s in an absolute worst-case scenario. More often than not, you’re not going to have to think about things getting to that point. CBD won’t show up on a drug test, which will keep you in the clear.

“Does CBD show up on a drug test?” is something people used to worry about a lot more than they do now. Since the stigma surrounding CBD is going away, people don’t have any problem admitting to using it without having to be subjected to a drug test.

But you should stay up on the latest news surrounding CBD oil and drug testing since there is always a chance that standard drug tests could be designed to detect CBD at some point in time. If that happens, you would likely want to change your approach to using CBD, especially if your employer has rules in place against it.

Interested in keeping an eye on all things CBD? Browse through the articles on our blog to do it.

1 thought on “Will CBD Jeopardize Your Job: Does CBD Show Up on a Drug Test?”