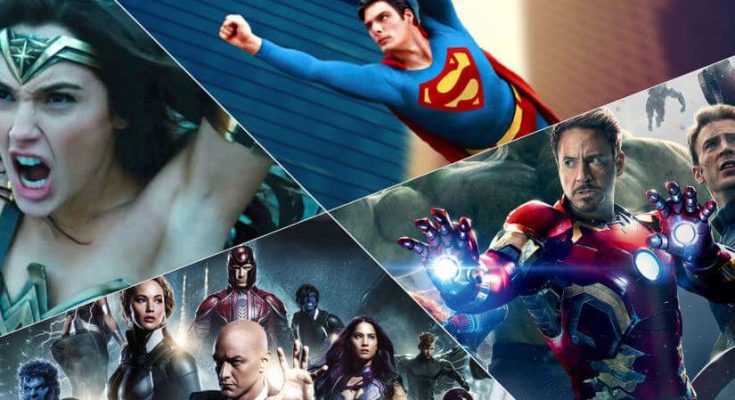 These days, it seems like there’s a new superhero movie coming out every other week. Have you ever wondered why Hollywood suddenly seems to have an obsession with superhero movies? After all, you would think there would be so many other stories that need to be told these days.

DMG Entertainment, who owns the rights to the movie “Bloodshot” and the Valiant Cinematic Universe, has made big investments to step into superhero movies because they understand this obsession. Here are some of the reasons we’ve become so obsessed with superhero movies within the last decade or so.

Superman was created during the height of the Great Depression in the 1930s, and for good reason – people like to have an escape from their lives, and the more stressful the outside world is, the more people wish a superhero would come along and make things better.

While America may be mostly financially recovered from the Great Recession, many people are still emotionally scarred, and the current political climate certainly isn’t helping matters any. While you can’t beat up the things that are stressing you out, it can be a major stress relief to watch a superhero beat up a bad guy and imagine they’re actually beating up whomever or whatever is bringing negativity into your life.

Movie superheroes used to be forced to come to life through animation or cheap-looking costumes. With the amazing advances in technology we’ve experienced in the last 20 years, any superhero you could possibly imagine can be brought to life in a surprisingly realistic way. Even if you aren’t interested in the plot (however thin it may be), the special effects can make you sit back in amazement and appreciation.

If you have any doubts about the importance of technology is bringing superheroes to life, go back and watch some of the old Batman or Superman movies. Superheroes are just more interesting in full computer-generated splendor.

#3 – They Have Worldwide Appeal

China is one of the biggest markets for superhero movies, and with a population of more than 1 billion, that’s a lot of potential movie viewers. With that much worldwide appeal, is it any wonder that most of the top-grossing films are superhero movies?

In a world where many people seem to have selfish motives, superheroes often feel compelled to just do the right thing, even if humanity doesn’t seem to deserve it. They experience the worst that the world has to throw at them and just get up and keep fighting.

#5 – Heroes Have Been in Literature Since the Ancient Greeks

Whether you’re talking about the Bible, Shakespeare, or the Ancient Greeks, heroes and villains have been a staple of literature for eons. The fact that heroes have morphed into superheroes shouldn’t be that much of a surprise when you keep this in mind. Actually, one could argue that Greek gods were like superheroes – we’ve just given them more modern powers (or stolen the characters entirely, like Thor).

As you can see, there are numerous reasons for our obsession with superhero movies. Whether you enjoy superhero movies yourself or you wonder why your family, friends, and everybody else seem to be obsessed with them, now you have a little more understanding about Hollywood’s latest obsession. If the world ever becomes a happier place, the popularity of superheroes may wane, but in the meantime, we need the escapism and the opportunity to see good win over evil more than ever in these troubled times.