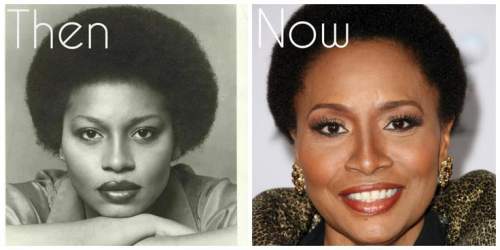 Now this was a fun read.

“Look at her, she looks like she never aged”.

This sentence is really common. It’s said between two friends seeing a third woman walking down the street.

Have you ever wondered what’s their secret? – How come you are the same age and she looks younger than you?

This mystery can be highly noticeable in women’s faces. Even if you ask a woman what’s her secret, she will shrug her shoulders.

And that’s it. You will start talking about new things and happenings in your lives.

If you ask me, eating a healthy diet, daily exercise, and taking the best care for your skin and hair helps you slow down the aging process.

Time can be very strange. It will hit you exactly when you are not expecting it.

Scientists didn’t want to leave everything as it is. They wanted something more.

Digging deeper into the core of the woman’s body, they found really interesting theories.

They found the Methuselah Gene.

At first, scientists believed that this mutation extends the lives of the worms, flies, and mice.

It turned up that this gene has everything it takes for long-lived humans.

With that being said, people with this Methuselah gene can get away with living an unhealthy lifestyle. This is compared with people who don’t have this gene.

Another study shows that women with this gene have a unique fingerprint that consists more than 2,000 genes.

One of those is the Methuselah gene.

Dr. Alexa Kimball directed this study about the uniqueness of the fingerprint. She is a professor of dermatology at Harvard Medical School.

The same study, different founding alludes on the fact that black Americans are leading the way.

This gene is even linked to having a longer life. People who are carrying this gene will live longer than the others.

The study was conducted by Ashkenazi Jews.

It claims that the longevity genes are unlocking the regulator of growth and differentiation.

As it seems, people with this gene are more likely to surpass their 95th birthday.

So, do you have one? You are lucky if you do.

Share this with your friends. It could bring joy in their life knowing that they will live longer and look younger, too.