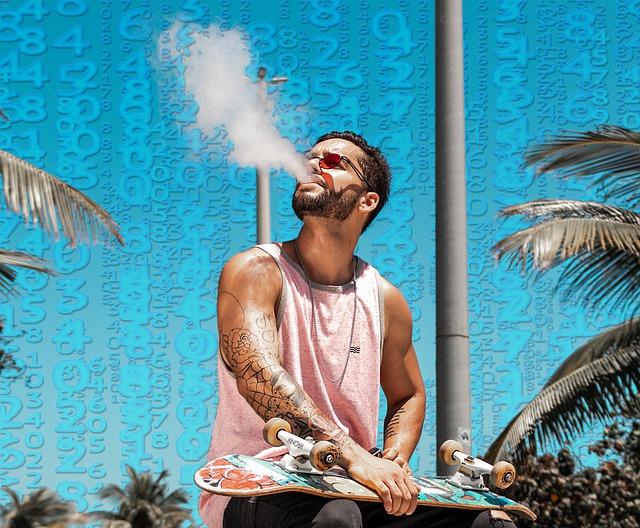 If there’s anything that becomes abundantly clear when you shop for vape gear or Vape Juice online, it’s that pod systems are undoubtedly the hottest vaping devices on the market right now. Manufacturers are pumping all of their money into promoting pod systems, and they’re doing that because pod-based devices are both extremely stylish and extremely profitable. Pod systems, after all, are proprietary products. If you buy a pod vaping system, you can’t use it with third-party tanks; you need to use the device with pods made by that manufacturer. Selling a pod system, therefore, has the potential to bring the manufacturer residual income for years. Manufacturers have every reason to make sure that pod systems remain the hottest vaping devices on the market.

The fact that pod systems are some of the world’s most popular vaping devices, though, isn’t just a matter of marketing. If the vaping community wasn’t playing its part in keeping the hype train rolling, pod systems would have already been written off as a flash in the pan. That hasn’t happened, though, and some of the world’s biggest manufacturers of vaping products are now producing their third- and fourth-generation pod systems. It’s quite obvious at this point that pod-based vaping systems aren’t going anywhere, and this new category of vaping device has added yet another option for beginning and experienced vapers who want to enjoy an experience that’s completely satisfying but doesn’t fill a room with enormous vapor clouds.

So, aside from the fact that they’re some of the smallest and most visually appealing vaping devices on the market, why is it that pod vaping systems have become so popular? In this article, we’ll explore the pod vaping trend and learn more about why so many of today’s vapers are using pod systems.

Pod Systems Are Easy to Use

One of the greatest benefits of pod-based vaping systems is that they’re designed for convenience and user friendliness in ways that full-sized vape mods simply aren’t. If a pod system has adjustable settings, for example, accessing and changing those settings is always easier than it is with a full-sized mod. That’s because pod systems don’t have the technological baggage that mods have been saddled with over the years.

Everyone expects a vape mod, for example, to offer temperature control functionality with nickel and titanium atomizer coils despite the fact that almost no one uses atomizer coils made from those materials anymore. Having an extensive selection of features that most people never use makes the menu system of a typical mod extraordinarily and unnecessarily complex.

If a pod system has adjustable settings, on the other hand, you can switch between wattage levels with a simple press of a button. When a pod system has temperature control functionality, it’s always on by default because a pod system only works with coils made by the device’s original manufacturer. It’s just a much simpler way to vape.

The next great feature of pod vaping systems is that they’re much more affordable to use than traditional vape mods. That’s because full-sized vape mods go through their consumable supplies at an extremely fast rate. A modern box mod with a mesh coil tank can generate unbelievable vapor clouds. However, cloud chasing has its drawbacks. Those vapor clouds don’t come for free, though; the more impressive your device’s vapor production is, the more e-liquid you’re using with each puff – and that’s not even the biggest reason why mods are so expensive to use.

The real reason why so many people are switching to pod systems is because they’re tired of spending a fortune on atomizer coils. Everyone these days absolutely loves heavily sweetened e-liquids. The problem, though, is that the sucralose added to e-liquid as a sweetener leaves a residue on your atomizer coil when you vape it. The more e-liquid you use, the faster that residue begins to build up – and with a high-end mod, you’re going to use a lot of e-liquid.

Switching to a pod system is an opportunity to drastically reduce the amount of money that you spend on vaping because using a pod system means that you’re going to consume significantly less e-liquid. We’ll discuss the reason for that next.

Unless you’ve been living under a rock for the past few years, you’re undoubtedly aware of nicotine salt vape juice and the impact that it has had on the vaping industry. For the first time, nicotine salt has made it possible – through its more neutral pH and drastically reduced throat irritation compared to the traditional freebase nicotine e-liquid – for someone to use a small vaping device and enjoy a vaping experience that’s just as satisfying as smoking a cigarette. You can use nicotine salt e-liquid with any vaping device, of course, but pod systems are the only vaping devices specifically designed for nicotine salt.

As alluded to above, the thing that makes nicotine salt e-liquid special is the fact that it contains a mild acid that gives the e-liquid a more neutral pH than traditional vape juice. Freebase nicotine e-liquid, in comparison, has a high level of alkalinity resulting from the ammonia used during the nicotine extraction process. The alkalinity makes freebase nicotine e-liquid difficult to use if it has a high nicotine concentration. If you want a vaping device that gives you the satisfaction and smoothness you’re looking for, it’s got to be a pod system.

Pod Systems Are Kinder to Others Than Full-Sized Mods

The final reason why pod systems are so popular – and why they’ve been particularly popular over the past year – is because some people never really wanted to use high-power mods in the first place. The only reason why many people started using more powerful vaping devices was because the devices that were available when they began vaping weren’t satisfying enough. They’ve never liked blowing enormous clouds into the air, and they’ve particularly never liked blowing big clouds around other people who might not vape themselves. Pod systems make it possible to vape in a completely discreet way without compromising your satisfaction.