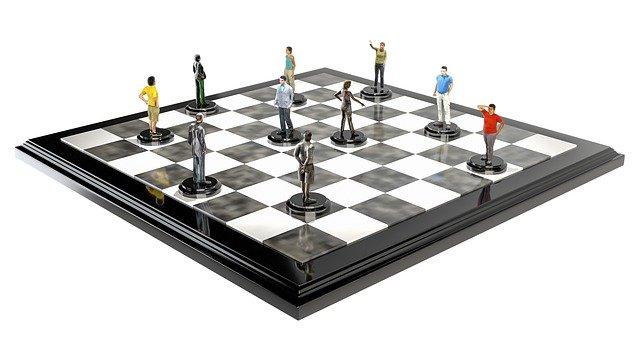 The New York Times recently reported on the intensely competitive environment for employees at Amazon.com. The article noted incidents of sabotage and forced resignation for employees who faced medical problems, pregnancies or needed to take family leave. Such conduct percolates in highly competitive work environments like Amazon, and should lead us all to question the nature of the American workplace and how it affects families, women, people of color and people with disabilities.

In our opinion, some of the Amazon practices reported by the New York Times may violate employment law protections for employees in many states. With the recent high profile lawsuit brought by Ellen Pao accusing Silicon Valley of rampant gender bias and sex discrimination, the reports of the absence of African Americans in technology jobs suggesting race discrimination, and this week’s expose on Jeff Bezos’ Amazon work culture suggesting pregnancy discrimination and disability discrimination, a number of important questions regarding employee rights have been revealed. Enduring endless work hours, being accountable to unattainable (and unsustainable) goals, enduring company-encouraged peer pressure, and being subject to Big Brother-like surveillance doesn’t necessarily make for a workplace that is in violation of the law. However, many of the rumblings coming from former Amazon executives and employees highlight how this type of workplace culture can cross the line from intense competition to illegal discrimination when criticism and employment decisions are applied unfairly with implicit or explicit racial or sexual bias or in violation of protections afforded to employees with illnesses or disabilities.

Former Amazon employee Bo Olson told the New York Times that the environment at Amazon was so cutthroat that “You walk out of a conference room and you’ll see a grown man covering his face,” he said. “Nearly every person I worked with, I saw cry at their desk.”

According to workplace consultant Clay Parker Jones, “Organizations are turning up the dial, pushing their teams to do more for less money, either to keep up with the competition or just stay ahead of the executioner’s blade.” Amazon’s leadership principles provide a very strict structure of control for employee behavior as well as a never ending quest for employees to satisfy the doctrine. Concepts such as “Customer Obsession”, “Insist on the Highest Standards”, and “Have Backbone; Disagree and Commit” are drilled into employees. The pressure employees feel to perform at the highest levels is tied to mountains of detailed analytics that measure each employee’s job performance. These analytics are utilized by managers in weekly or monthly business reviews which former employees have described as intimidating, extremely harsh critiques.

Various Types of Employment Discrimination in the Workplace

As for bullying, something that has been suspected in Amazon’s workplace culture, California passed AB 2053. The bill, approved by Governor Jerry Brown, applies to businesses with 50 or more employees. Beginning January 1, 2015 California Government Code Section 12950.1 is amended to include “prevention of abusive conduct” as an additional component of the existing statutory requirement for employers to provide training and education to all supervisory employees once every two years. Although training is now required for workplace bullying, it may be difficult to sustain a lawsuit solely on that basis. However, if the bullying falls more heavily on workers who are in protected classes, such as women, African-Americans, people who take family leave, or people with disabilities, that is a violation of the employee’s civil rights.

As women continue to challenge and shatter the glass ceiling in different business sectors in America, gender discrimination continues to occur with great frequency. As we have seen in Silicon Valley and with the latest Amazon debacle, start-ups to tech giants are pressuring and requiring employees to dedicate their lives and most of their waking moments to their company. When a woman is pregnant, many employers consider that employee to be less than dedicated. Often the employee is made to feel guilty about their choice of starting a family over complete dedication to their job; oftentimes these situations lead to an untimely and illegal end to their job.

What does pregnancy discrimination look like? Were you fired after telling your boss you were pregnant? Did your company refuse or ignore reasonable requests for accommodation of your pregnancy? Were you suspiciously passed over for a well-deserved promotion or high profile new position once you became pregnant or after you took maternity leave? If you answer yes to any one of these questions, you have been a victim of pregnancy discrimination and you should seek help in determining your best next step to holding your employer accountable for their actions.

Protected leave is also available to men when they have a child. Men, too, can be subject to retaliation or discrimination in violation of protected family leave when they take time off due to child birth or adoption. Men who have been adversely affected at work due to family leave should consult an experienced employment attorney.