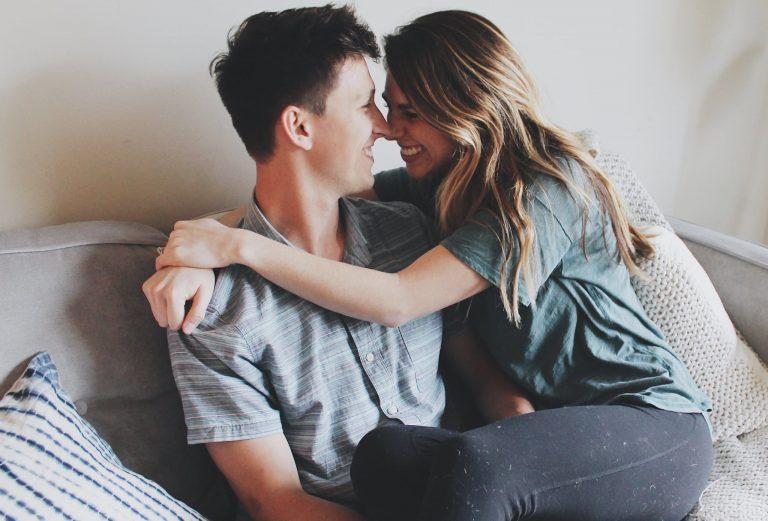 This article is mostly based on the illuminating book Come As You Are by Emily Nagoski Ph.D., packed with all sorts of fascinating science about sex. Here, I will give you just a taste of it.

We are taught that we are supposed to just want sex from out of the blue and that then we go and try to satisfy our hunger for sex, just as we satisfy our hunger for food. There is an imagined “normal amount” of sex that we should want and anything above or below that needs fixing. The truth is that science backs a different story. Let’s see what that looks like based on the diagram below. This is Basson Sexual Response Cycle (originally only applied to cis women but I would argue worth exploring for all genders):

The box on the top tells us that humans are capable of wanting sex for multiple reasons (A survey in the Archives of Sexual Behavior found 237 reasons). Attraction or feeling a physical need for sex are only two among the many. This reason, whatever it may be, leads to a willingness – an open-mindedness so to speak – to notice sexual stimuli with appropriate context, which then leads to arousal.

What does this mean? Enter the Dual Control Model by Dr. John Bancroft and Dr. Erick Janssen. This model tells us that we are surrounded by all sorts of stimuli all the time, and there is a part of our brain specifically programmed to interpret “sexy stuff” (things that we consider sexually relevant) – this is the sexual excitation system (SES, essentially the accelerator). Its counterpart is the sexual inhibition system (SIS, essentially the brakes) notices reasons for us not to get aroused right now (like for example, your grandma potentially walking in on you).

These two systems work together and determine whether or not you get mentally and/or physically aroused. These systems are unique to each person in the sense that either of them can be less or more sensitive, and that either can interpret different stimuli as hitting either the accelerator or the brakes. For example, if you are an exhibitionist, being seen by others would make you more likely to be aroused not less. Also, notice the little diagram in the bottom right corner pointing out that biological and physiological factors also influence your SES and SIS. For example, stress for the majority of people hits the SIS, so if you are worried about “why is my resume not getting interviews?”  or you hate your job and are thinking of how to quit your job over text, you might be less willing to have sex. This is part of the context, mentioned above. Another example is if you have kids and are in “parent mode”, you are less likely to be in a willing mindset for sex and less likely to interpret things like a soft caress as sexy, than when someone else in charge of the kids whom you trust.

Now see how there is a spontaneous desire box that leads to arousal, but also responsive desire that follows after arousal? What is that about? Well, what I referred to earlier as “wanting that comes out of the blue” is what this model calls spontaneous desire. This is a form of desire that cis men tend to experience more often, where desire comes first, which leads to a willingness and/or arousal (and this is what society at large considers “normal”). Responsive desire, unfortunately, gets less attention, even though the majority of cis women experience desire in this way. Responsive desire actually comes after arousal. *NOTE: arousal here refers to physiological arousal, which says nothing yet about whether the person is enjoying the experience. E.g. a person with a penis could get a hard-on due to something rubbing up against their crotch, let’s say the railing on an extremely packed bus. In this situation, it’s easy to understand that even though the sensation of rubbing turned on the physiological arousal, in their mind they might not want to have sex then and there. This is called arousal non-concordance: it’s when your desire (wanting sex in your head) doesn’t match your arousal (getting wet, hard, faster heartbeat etc.). It can happen in the form described above, physically aroused but not wanting sex or you might really, really feel ready to just get down to it but your body is not with you… Just to clarify, this is normal! More on arousal here: The Secret to Sexual Arousal | Hannah Witton

Where is the sex drive in all this, you ask? Well, it isn’t. As in, from what we discussed so far you can see that it isn’t really a drive, since not getting your sexual satisfaction will not actually kill you, like starving to death. Of course, this does not mean that it doesn’t suck. More on the subject of sex drive here: The Truth About Sexual Desire | Hannah Witton

We discussed desire, arousal, and attraction and in our collective sex fantasy, all three elements are present during great sex (in the normative discourse about sex). The reality is though that sex with only two of those present can also give you what you wanted. Again think back to how many reasons people have to want sex. More about these “non-mainstream”, perfectly normal sexual experiences in this video: Sexual Arousal, Desire and Attraction: What’s the Difference?

The end of the Basson Cycle (when we are lucky) is sexual satisfaction and maybe non-sexual rewards (like for example the satisfaction of having pleased our partner(s)).

So far we still haven’t mentioned pleasure. You might desire sex, be attracted to your partner(s), and get aroused, but the sex following is not guaranteed to be pleasurable. And that is what we really want though, isn’t it? Who wants to have horrible sex?

Here are some resources for you to achieve the awesome kind of sex you want: