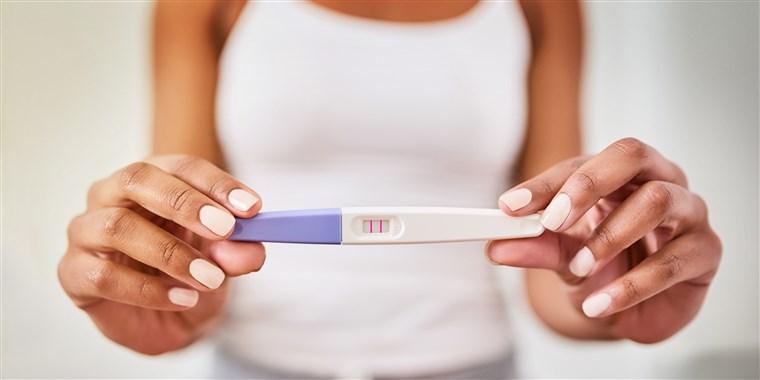 At times, getting pregnant is a bit threatening to some women. Reason being, some of them are not ready to get pregnant. On the other hand, a planned pregnancy is always an important achievement for any couple. Every woman can be anxious to know whether she is pregnant, and she might ask this question; what are the symptoms of pregnancy in the first month?

Here are the major symptoms of pregnancy in the first month. Note that, these symptoms differ from woman to woman as their lifestyles are different. The very first sign is light bleeding after ovulation, known as implantation bleeding. This bleeding lasts for limited days unlike the cycle. It is very light and clear than that of periods. It occurs after fertilization has taken place and many women confuse it with the normal cycle.

The other common symptom is morning sickness and nausea. This symptom is not only experienced in the morning, but also later during the day. It becomes obvious to feel nauseated all the time. Most women end up vomiting and others develop serious sicknesses like malnutrition and dehydration. Therefore, for those who have morning sickness that is associated with vomiting, should always stay hydrated. This means that, they should take plenty of fruits and fluids to compensate the lost fluids from the body.

The other symptom is mood swings. At times, you may be extremely happy but change the mood all over sudden. This is a common symptom to all women and it should alert you that you are pregnant. This condition is said to occur because of increased hormones in the body. This is part of a woman that she is pregnant. Most men do not understand this condition and at times, they tend to believe that the women are just pretending. However, doctors say that it is normal and the hormone progesterone is the one responsible for the sudden mood changes.

Tenderness and swelling of the breasts is another common symptom during the first month of pregnancy. The breasts become tender and they always appear to be full. Fatigue is quite common to most women and it suggests pregnancy. The other sign is food cravings and aversions. Cravings for ice cream may occur and repulsive of your favorite food as well.

Constipation is also common because of hormonal change in the body. In addition, it occurs because of non-cooperation of digestion that causes indigestion. The other common symptoms include heartburn, frequent headaches, backaches and thrush. Also, sensitivity to some smell also occurs during the first month of pregnancy.