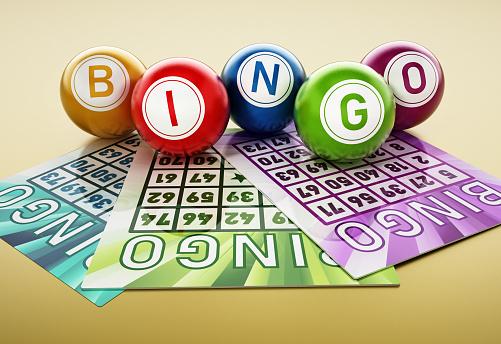 The origins of modern-day Barbados Bingo can be traced back to an Italian lottery game called Lo Gioco del Lotto d’Italia that basically means ‘the game of lotto of Italy.’ It was played in the early 1500s and by the 1700s. A version of this game was developed in France where paper cards were first used to track the numbers that were called out. Before printing machines were invented numbers on bingo cards were applied by hand or stamped onto thick cardboard, these cards were also reusable.

Now cards such as those used for 75-ball Bingo that is popular in America contain 5×5 grids or 9×3 grids for 90-ball bingo, which is the most popular form of bingo in the UK. Apart from these cards being used to track the numbers being called out, other unexpected uses for them have developed.

You wouldn’t think something as simple as a bingo card could be so versatile. Bingo cards have been used to stimulate memory in Alzheimer’s and dementia patients. Bingo cards are used in schools as math and memory aids too, as visual cues can help those who find maths a particularly tricky subject.

Bingo Cards As A Mental Stimulus

Bingo has many advantages as a game for those afflicted by diseases such as dementia and Alzheimer’s, as they are versatile and numbers can be swapped for other things such as words or pictures. Patients can identify anything from animals to food thanks to these visual aids. Around the world, these newly designed bingo cards are growing in popularity with therapists and are now being widely used to help patients afflicted with these terrible diseases.

Daily mental stimulation is vital for people with cognitive disorders and results from experimenting with bingo cards have been encouraging so far. Another advantage of using bingo cards on elderly patients is that many of them have already experience the game in one form or another during the lifetimes. However, when it comes to cognitive therapy, the competitive element is removed and instead it’s all about stimulating the brain and memory to remember letters, numbers, animals and many other things.

A computer-based game called Smartbrain, has been shown to have a positive effect on brain function in Alzheimer’s patients. The interesting results have been discussed and reported in the Journal Of Neurology, Neurosurgery, and Psychiatry. This has been shown to compliment bingo card therapy and is being rolled out in various different guises across the globe.

Bingo cards have a rich history and are now applied to more serious problems in society, such as diseases that affect the brain. They have proven a useful tool in the management of the symptoms that accompany diseases such as Alzheimer’s and dementia. Furthermore, they are used in schools as study aids in various subjects and children respond to the visual and mental stimuli that bingo cards offer them, successfully.

2 thoughts on “Unexpected Uses Of Bingo Cards Around The World”