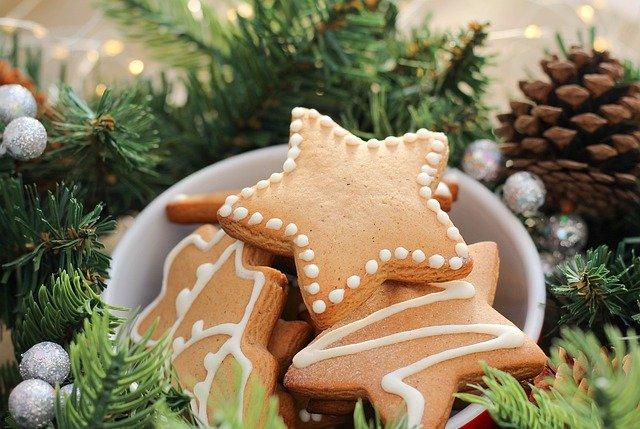 Happy new year from this part of the world!

With New Year eve kisses, fireworks, laughter, and glee (don’t forget some festive bright colored makeup), it’s usually a swell time for many and their loved ones on New Year’s Eve, heralding the dawn of a new year.

But do you know how other parts of the world celebrate the New Year?

Fun fact: not every country celebrates New Year in January. Many countries and traditions do not follow the Gregorian calendar and have the New Year change according to various factors.

Travel with us to different countries of the world to experience unique and new ways of celebrating the New Year holiday. Get ready for some mouth-watering recipes too.

The traditional Chinese New Year follows the Chinese lunar calendar, falling yearly on the day the new moon appears, between mid-January and late February (Jan 21 and Feb 20), and lasts for as long as 16 days. This year (the year of the OX), the first day of the Chinese New Year falls on Feb 12. Various unique traditions and practices go on during this period, like deep cleaning the homes to sweep away bad luck and make room for good fortunes, red-colored decorations, gifting money in red paper envelopes, and lots more.

GERMANY’S PASS ON A PIG

This may sound unbelievable, but pigs are a sign of good luck in good ol’ Germany. To celebrate the New Year, Marzipan pigs – a type of pig-shaped-candy –  are passed around and eaten on New Year’s Eve or the first day of the New Year as a symbol of good luck for the year. Looking for a year-round good luck charm? You just might want to try these delicious piggy treats.

Long after most countries must have recovered from the New Year merriment of January, does the Jewish New Year (Rosh Hashana) frenzy begin. Usually 163 days after the first day of the Passover feast, the Jewish New Year is celebrated by most Jewish communities in early September. It lasts for about two days, and a national public holiday is declared for people to stay home and observe the New Year.

Now you have a reason to go to Israel in autumn. Thank us later.

Feeling a little bit hungry? Let’s go have some…

The French people go overboard with feeding on New Year’s Eve with the le reveillion de la Saint- Sylvestre. This is a feast of many dishes like oysters, lobsters, escargot, turkey, goose, foie gras and many more.  The party is actually not complete without several glasses and glasses of champagne.Said to signify wealth in the New Year, you just might eat your fill for the full year with this one or other New Year French cuisines.

The Russians devised a means to make your wishes come true faster and it has nothing to do with blowing out candles. Before the strike of 12:01am on New Year’s Eve, the Russians believe to write your new year wish on a piece of paper, light it up and drop the ashes into a cup of drink.  No, it doesn’t end here. They drink it all up – ashes and drink – in order for the wishes to come to pass. Looking to do something bizarre for the New Year? You can start with this.

Just like the Puerto Ricans who clean everything including the streets and garages, nothing’s wrong with spring cleaning your home during the New Year. However, South Africans take it to another level with discarding old furniture and house items from the windows of tall buildings. If you ever happen to be in Johannesburg for the New Year, ensure to take cover so as not to take any hit to your head.

Down in the US, New-Yorkers gather round to experience the age-long tradition of dropping a giant ball at NYC’s Time Square.  This has been a tradition since 1907 and thanks to technology; many people from within the States and even around the world get to also watch and witness the event from their various spaces.

If you want to show off just how many friends you have who love you, then Denmark is the place for you. The Danish people have a tradition of breaking old plates and piling the mess at the front door of their friends on the first day of New Year. The higher your heap of broken dishes symbolizes the number of friends you can boast of.

How about some juicy grapes to begin the year with?! In most parts of Spain, Mexico and other Spanish colonies, New Year partiers eat a grape each for every chime of the clock at midnight, equating 12 grapes – the 12 grapes of good luck (You know what that means – Some fast and furious eating).  Completing this grape-eating-challenge promises 12 months of prosperity. This is something tiktok teachers and celebrities might want to jump on.

And that was quite a journey round the world!  Differences in practices and traditions only strengthen the fact that we are all unique in our little ways. Because it is fun getting to learn of unique traditions and practices than the ones we are quite familiar with which one of these practices will you be trying with your friends and family?