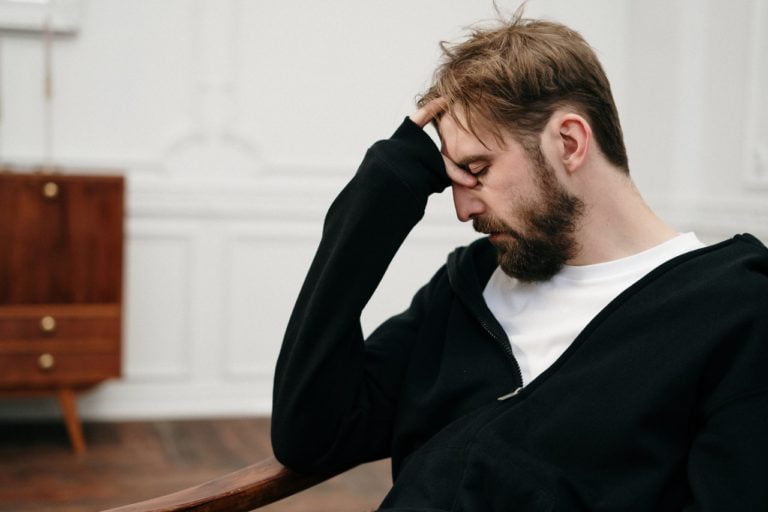 Boys and men everywhere are facing challenges with their mental health. And that’s the case whether they are young, old, straight, gay, black, white, and everything in between. But what can explain this problem? Turns out, it’s rather complex.

To try to answer this simply, we can turn to the ways that society tends to understand and depict masculinity. Unfortunately, much of the societal conception of masculinity is filled with harmful stereotypes that only perpetuate the mental healthcare gap that exists between men and women.

So, it quickly becomes clear that there is no short and simple answer to this question. It involves the pressures of society, including institutions such as sports leagues, Hollywood, as well as smaller social units such as classmates, families, churches, etc.

This article aims to help you better understand why it is vital that we start paying more attention to the mental health of men and boys so that it can be diagnosed and treated more effectively. We all have an important role to play here, so read on to learn more!

Whether we like it or not, our understanding of gender is deeply shaped by the society in which we live. And, unfortunately, society has historically had a quite restrictive view of masculinity. While things have changed drastically of late, this view is still largely dominant in many parts of the world.

We’re all quite familiar with this conception of masculinity. You see it in the latest superhero film with the leading man and his jaw that could cut glass, massive biceps, and authoritative voice. This is a view of masculinity that tends to reject vulnerability and emotion—that is, unless they are negative emotions like jealousy or violence.

Just take a second to think about the many expressions that are said every day that work to perpetuate this way of thinking about masculinity—e.g. “boys don’t cry” or “man up.” When boys and men hear these kinds of phrases, they’re absorbing a certain type of prescriptive ideology about how they should be as men. And more often than not, this view of men does not permit them the chance to be vulnerable, to show weakness, etc.

Fortunately, however, things are starting to change. Take the latest Batman film, for example. This version of Bruce Wayne/Batman is by far the most emotionally vulnerable yet, which is an encouraging sign that Hollywood is ready to stop with the same old clichés of masculinity (or, at least, some sectors of Hollywood).

Ultimately, the mental health of boys and men is complex, so this article will dive into the underlying reasons why males in this country may lack support and how can help improve this situation.

And if you would like more guidance, consider the helpful resources on this topic that are available online through BetterHelp.

Why Exactly Are Boys and Men Falling Behind with Mental Health?

If you grow up with the feeling of constant judgment for your actions, and whether or not they will lead you to be considered “just another one of the guys” or a “weirdo,” it’s easy to fall into conforming to the norm. Unfortunately, normative masculinity can be quite toxic in many cases.

Boys naturally want the approval of their fathers (or father figures), their peers, their brothers, uncles, etc. This desire to belong to a male social group can easily lead them to act in a way that isn’t true to themselves out of fear of being judged negatively or cast out of the group.

Sadly, this fear of judgment may be so strong that it leads them down a dark path. They may tease, bully, and even commit violence in the name of this toxic masculinity, even if they don’t personally really feel that way. This is the effect of peer pressure and it should not be discounted.

When it comes to mental healthcare, there’s a significant gap in the treatment that men and women receive. This isn’t to say that there’s an intentional conspiracy to keep men from getting the help they need. Rather, it speaks to a lot of societal factors.

For example, mental health campaigns often don’t depict men or target them in their advertising. The same goes for ads for pharmaceuticals that treat mental health conditions such as depression.

We can also consider popular culture, which tends to show female characters with depression and other mental health conditions more often than men. This is especially true for the big Hollywood stars and the characters they depict. While there are some movies that do a great job raising awareness of mental health issues—e.g. The Eternal Sunshine of the Spotless Mind—popular culture has a long way to go in helping show more realistic depictions of male mental health.

Overall, boys and men have not received the same level of resources and the same level of representation in popular media. When you add in their fear of judgment for being sad or vulnerable, it’s no wonder that males have not tried to get as much treatment for their mental health as women have.

It’s important to note that there are also biological differences in play due to hormones and other factors. Men may more naturally express themselves via anger, and women may more naturally feel okay with expression sadness. That said, these gender divisions are clearly exacerbated by societal pressures and popular culture.

Nonetheless, it’s essential to recognize that boys and men tend to engage in riskier and more destructive behaviors when coping with mental health difficulties than women. So, while society no doubt affects how we perceive gender and mental health, there are also biological factors in play that we shouldn’t discount.

How to Improve Male Mental Health?

Now that we’ve provided an overview of why men and boys tend to have a less positive relationship with mental healthcare, what can we do to improve the situation?

First off, we should all be actively working on breaking down the harmful stigma that exists around male mental health. We should be sure to help boys and men feel safe when they want to be vulnerable. The decision to get help should be characterized as a strength, not a weakness.

At the same time, let’s definitely eliminate the old clichéd expressions from our vocabulary. You know, the “throw like a girl,” “boys don’t cry,” “man up,” etc. And don’t forget to call them out if you hear them around you.

Unfortunately, boys and men are much less likely to seek help for their mental health troubles. This article aimed to show why this is, and it boils down largely to societal pressures. Too many boys and men feel uncomfortable—and fear judgment—if they show vulnerability. Together, we can help combat this societal stigma and create a world where boys and men will get the help they need, when they need it.