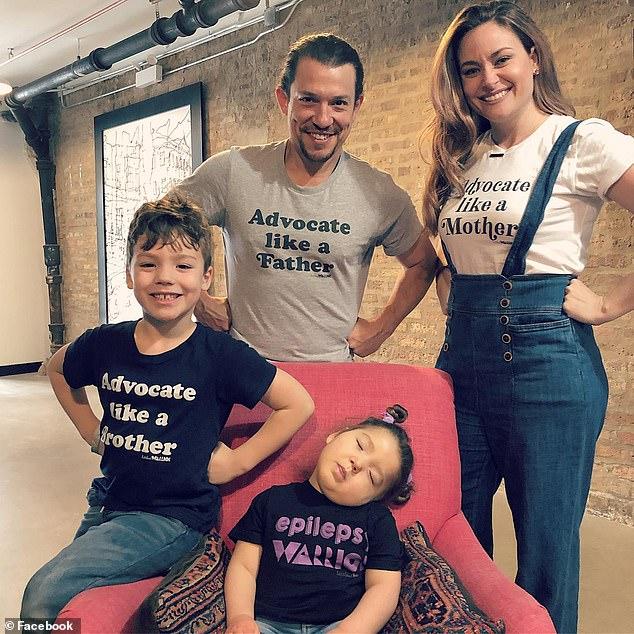 Hamilton star Miguel Cervantes, 42, and his wife Kelly Cervantes, 37, heartbrokenly announced that their baby daughter passed away this Saturday. Little Adelaide Grace was suffering from epilepsy an infantile spasms.

Infantile spasms (IS) is a seizure disorder in babies which can be caused by brain malformations, infections, brain injury, or abnormal blood vessels in the brain. The seizures make muscles in the arms and legs stiff and bend the baby’s head forward. These symptoms usually go away by the time a child is 4 years old.

Unfortunately, Adelaide was just days away from her fourth birthday, when she passed away. In a saddening statement on Monday, the Cervantes’ family told the world about this devastating news.

“She was held in the loving arms of her family as she peacefully achieved the “calm” for which they’ve been searching for so long,” the statement continued.

The mother of Adelaide, Kelly Cervantes has a blog where she shares her life and struggles as a mom. According to the blog, Adelaide was diagnosed at 7 months of age.
“…our then 7-months-old baby, Adelaide was diagnosed with epilepsy and eventually, infantile spasms, a severe form of childhood epilepsy. Choosing family first and the role of the lifetime, we made the move to Chicago where we currently live.”

Miguel and Kelly were always open and their battle with this condition. In an interview with People, the couple revealed that their daughter was placed in a hospital as they were preparing to say goodbye.

“She is a warrior. I have never met someone stronger in my life,” the Broadway star’s wife told People.

“She came into the world and she had a mission and a story. I’m so proud that no one will ever forget her story,” she noted. “We didn’t realize her life would be this short,” adds Kelly. “We have been flailing around for so long. There is only so much we can do for Adelaide. We are grateful for every single day we have had with her.”

It’s truly upsetting to see the pain of the family. After years of struggles with her condition, Miguel and Kelly shared the news on his Instagram account. The couple posted a powerful image of the late child’s room with a powerful message in memory of their daughter.

“The machines are off. Her bed is empty. The quiet is deafening. Adelaide left us early Saturday. She went peacefully in her mother’s arms, surrounded by love. Finally, she is free from pain + seizures but leaves our hearts shattered. We love you so much Adelaideybug and forever after 💔💜” the image was captioned.

Miquel will be sidelined from the Hamilton musical’s Chicago production for a while, due to the tragic event.

However, the family said they would like to announce a celebration of life for Adelaide in the near future.