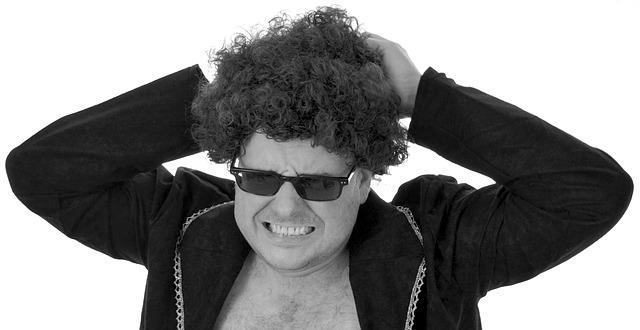 A typical Instagram user is always looking for entertainment, and thankfully, there are plenty of people cracking jokes around.No thanks to the pandemic; we need all the laughter we can get right now. It is a given that our mental health has been badly affected by the coronavirus, so we certainly need a distraction, an escape and healing.

You might not have time for comedy movies or funny YouTube videos, but one-minute, hilarious Instagram skits are guaranteed to make you fall off your seat with laughter. While it is no easy feat extracting humour from mere one-second videos, these guys make it happen repeatedly. That said, here is a compilation of top Instagram comedians to follow:

The 18-year old broke through Instagram stardom back in 2015 when he started posting his comedic contents. His short comedy videos received quick positive reviews from the Instagram audience, which saw his meteoric rise in the world of IG comedy.

You still don’t think he’s all that? Well, he has amassed 1.6 million followers in just six years. I mean, numbers don’t lie.

What is comedy without a little prank, right?

If you enjoy funny and safe pranks as I do, then you should look no further than JessikaThePrankster. What makes her videos more exciting and funny is that she usually pulls these pranks on her mom.

We all love to see a good and strong mother-daughter bond, especially when there’s lots of fun going on. Her creative skill has earned her up to 2 million followers on Instagram, which is well- deserved if you ask me.

Why don’t you take a look for yourself?

Have you seen Wildin’ out? If you have, then you know  Emmanuel Hudson.

His fans widely adore him for his great humour and animated facial reactions. Need I mention that he also dabbles in rap and has made a few appearances in some hip hop music videos?

He currently has just short of 3 million Instagram followers; needless to say, he keeps his followers thoroughly entertained.

The queen of viral videos and one of the biggest stars on Instagram with a following of more than three hundred thousand, Eva gives us back to back entertainment with her impression of Roz Chast cartoons.

Chris is best known for his hilarious skits on cliché movie types which double up as movie criticism. He has been featured twice on fusion TV and even performed at the cape fear comedy festival. He also hosts a podcast called “mourning coffee”, where he discusses loss, death and grief. Chris is a sharp and funny guy who will knock you out of your seat with laughter.

With a massive following built from her satirical takes on life as a Black Muslim woman in New Jersey, Nadiarh’s comedy ranges from handling subjects on discrimination, racism, body positivity.

Nadia is not only proud of having over a thousand followers. She boasts multiple stand-up shows. She uses her platform to raise awareness about things that matter.

The New York-based comedian gained popularity during the pandemic when he tackled his daily life in short sketches. His most viral video is “All Musicals Sound Like This”, which broke down a protagonist’s song in an accurate yet funny way. He also focuses on musical comedy. You need to check him out, as his videos are hilarious.

A comedian and actor with an excellent Instagram feed. It is hard to define the comedy genre that escolar embodies; he plays with boundaries by representing dysfunctional characters in his videos. Prepare to lose more than your composure as you watch his videos.

A Los Angeles based comedian who is best known for her impersonations of people, including high school bullies, at a wedding. Her videos have a knack for going viral and getting up to a million views. Her characters are inspired by her experience growing up and working in Los Angeles.

Filled with hilarious videos, these accounts from all over the world would take you down a rabbit hole of internet entertainment. Laughter cannot make your worries or problems disappear like Abracadabra, but at least a good laugh is a great place to start. I mean, laughter is the best medicine. As you enjoy a good laugh or two, do not forget to let us know which of these accounts cracked you up the most.