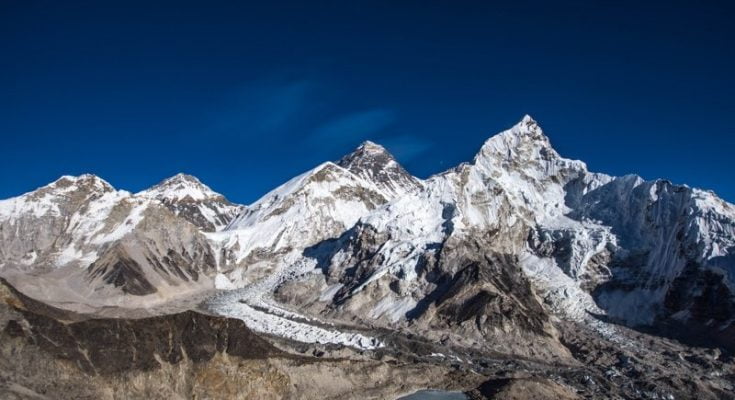 Nepal is a country of many natural and cultural wonders. It is the home of some of the world’s tallest and most magnificent mountains, incusing Mount Everest- the highest mountain peak on the planet. Nepal’s cultural and historical integrity is perfectly combined with its natural perseverance and Himalayan ambiance. These qualities of the country make Nepal an ideal place for a visit. The culmination of the many aspects and features all blend in together quite harmoniously to present visitors from all around the world a rather grand and unpretentious atmosphere that transcends all ingrained boundaries. As such, there are many things to do here, from amazing hikes on the countryside to reaching vantage points for clear pristine panorama of the mountains peaks all the way to trekking at isolated land terrains and gorgeous river valleys and many more. But perhaps the most famous of them all is in Nepal.

Nepal Treks are an opulent adventure in the word’s most raw sense. Nepal’s amazing biodiversity and land topography allows trekkers from all parts of the world to enjoy an experience that remains quite unforgettable. And moreover, there are treks that are suited for people of all ages, experiences and demographics. People, from around the globe, visit Nepal for wonderful trekking experiences every year. The diverse land terrain of the country also presents unique and different land settings to choose from. Mustang, for example, presents a dry and arid environment while the Khumbu presents an abundance of shadowy Himalayas and cerulean mountain peaks. There are many treks in Nepal that can be done and each trek presents its own idiosyncratic features. Here are the top 7 best treks in Nepal .

The Everest Base Camp Trek is the most famous, popular and sought-after trekking journey in Nepal. It is a grand larger-than-life adventure that takes place in the amazing Khumbu region of Nepal. The trek takes its trekkers to the base camp of the world’s tallest mountain peak- Mount Everest. It is a gorgeous trekking trip that is comprised of the trans-Himalayan terrain of the Khumbu accompanied by the experience of being close to the legendary Sherpa culture of Nepal’s Himalayas. The trip also presents many highlights and characters- like the base camp itself, the Khumbu glacier and the Icefall, prominent Sherpa villages like Namche Bazaar, Dingboche and Tengboche among many others and the vantage point of Kalapatthar- the most famous vantage point of the region that presents astounding panoramic views of the entire Mount Everest massif. The whole trekking trip takes place within the boundaries of the Sagarmatha National Park- a UNESCO Natural World Heritage Site. The snowy Himalayan peaks of the Sagarmatha are as daunting as they are magnificent. The trekking trip takes the trekkers close to the Himalayas unlike anything else in the world. The beauty of the mountains is certainly unprecedented.

The Everest Gokyo Lake Trek is one of the most gorgeous treks in the Khumbu region of Nepal. The trekking journey diverts from the regular and more popular trekking trail to follow instead an alternate route that takes trekkers to the holy Gokyo Lake of the Everest Himalaya. The Gokyo Lake or Lakes are a series of oligotrophic lakes that are situated within the boundaries of the Sagarmatha National Park. As such, the lakes are also considered the highest located freshwater lakes in the world. They are majorly comprised of six lakes, with the main and the most famous being the Gokyo Lake. Furthermore, the lake is also considered sacred by the Hindu and the Buddhist people, who visit the lake every year for pilgrimage. It is believed that the lake is the abode of the Nag Devetas (Snake Gods). Besides the lake and the amazing Himalayan terrain, the trekking journey also presents many other highlights as well- like the Zgozumpa Glacier (the largest glacier in Nepal) and a visit to the natural vantage point of the Gokyo RI from where amazing panoramic views of the Everest mountains and neighboring peaks can be seen.

The Annapurna Panorama Trek, as the name itself explains, is a trek that presents a gorgeous panoramic view of the Annapurna Mountains. It is an easy journey that takes trekkers on amazing trails that serpentine through the many dainty villages and settlements of the beautiful Annapurna region. After all, the Annapurna region is considered as one of the most beautiful and assessable regions of Nepal, and here-within also lies the Pokhara city- referred to as “the Tourism Capital of the Nation”. Because of the wonderful land topography of the region which are decorated with the Annapurna massif on the peripheries, the region gathers many trekkers and visitors every year. The Annapurna Panorama Trek presents trekkers with an easy trekking experience most suited for people who do not want to exert themselves on long and arduous trekking journeys but still want to experience the mountains in a short amount of time. Because of this feature, the trek also presents no chance of suffering from altitude sickness. One of the major attractions of the trek is the vantage point of Poon Hill- from where the entire panorama of the Mount Annapurna massif is seen in a remarkable fashion.

The Annapurna Circuit Trek is one of the classic trekking journeys of Nepal. The trekking trail rises to an altitude of 5,416 meters and includes famed mountain passes like the Thorong La. The trip also touches the edges of the Tibetan Plateau itself. It is a grand trekking journey that blends in together the cultural features of the region with its natural beauty. It is one of the best ways to really enjoy the riches of the Annapurna region in its most definitive form. Furthermore, the mountain scenery of the Annapurna Circuit is also not second to anything else in the nation, accompanied by wide open valleys and pasturelands filled with mountain goats and yaks. The trek begins from the village of Besisahar in the Marshyandi River valley and concludes at the Kali Gandaki Gorge- the deepest gorge on the planet. Many ranges of natural beauties are explored on the trek, from subtropical forests and woodlands to gigantic boulder-strewn cliffs and vales. Moreover, the Tibetan culture of the Manang Valley and lower Mustang are also quite prominent during the trek.

The Manaslu Circuit Trek takes place in the serene Manaslu region of Nepal. It presents many highlights like the Mountain Peak of Manaslu- the eighth highest mountain peak in the world. Likewise, the Manaslu Himal is also the highest peak of Nepal’s Gorkha district. Getting its name from the Sanskrit word “manasa”- which translates as “intellect or soul”, Mount Manaslu is also called “the Mountain of Spirits”. Its culminating glacier ad long ridges make it quite impressive to behold while trekking. Similarly, the Manaslu region itself is also considered as an isolated trekking region- a rather off-the-beaten-paths trekking region, perfect for travelers who are looking for a more subdued and serene trekking experience. It is also quite beautiful and filled with many natural beauties that decorate the land. The Manaslu Circuit Trek firstly has a prominent trail that passes the ancient salt-trading route, accompanied by the fast-flowing rapids of the Budhi Gandaki River. The trail of the Manaslu Circuit also ascends up to the Larkya La from where breath-taking views of the glacier terrain are seen. The region also has the Manaslu Conservation Area- comprising of sub-tropical Himalayan foothills and arid Trans-Himalayan high pastures bordering Tibet, which can be enjoyed during the trek.

The Upper Mustang Trek is one of the most unique and different trekking journeys in Nepal. Because of its amazingly wild and arid environment, Mustang offers a very different trekking experience from other trekking regions of the nation. For the longest time, the region of Mustang was closed off to outside visitors, which enabled the region to thrive in its ancient century-old Tibetan Buddhist culture, which is still intact and in practice till this day with not much difference. Thus, in order to preserve the culture of the region- which is considered as one of the last vestiges of unsullied Tibetan Buddhist culture on the planet- the government of Nepal issues only a limited number of visitors into the region each year. Corresponding to its rich cultural ambiance, Upper Mustang also offers a very distinct natural setting. As mentioned, Mustang is known for its dry and arid environment. As the region lies in the rain-shadow zone of the Annapurna and the Dhaulagiri Himals, it experiences very less rainfall, making the region prone to dry winds and a generally dry atmosphere which gives it a very badland-like vibe. As such, trekkers can also enjoy the most spell-binding colorful rock formations in the region as well, along with many ancient monasteries and mysterious sky-caves that were recently discovered. In terms of exoticness, Upper Mustang definitely takes the cake, as there is absolutely nothing like this anywhere else not only in Nepal, but the whole world.

In conclusion, Nepal has many more trekking journeys that span its entire length and breadth. There are many options to choose from as well, and trekkers and hikers can choose treks and location based on their preference, as the country is not lacking in terms of treks and hikes based on the preference of people of all ages, demographics and experiences. Generally, the ideal time to do treks in Nepal would be during the spring (March to May) or the autumn (September to December). Nepal is a beautiful country that has a lot to offer, and visiting it once is simply not enough!