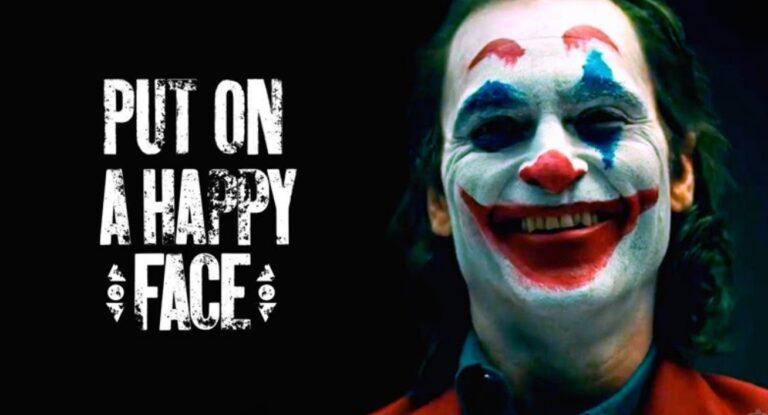 Nowadays, DC Comics has become a source of eternal inspiration for filmmakers. Let’s check out the top DC movies to binge on this weekend!

Recently, the film industry has witnessed a breakthrough of superhero movies. These films can gain a huge profit and fame for their company. As a result, all around the world, film companies are creating more and more characters with super power and bringing them to the big screen.

DC is not the opposite, they are making a live-action version of their superheroes from DC comics. Batman, Superman, Wonder woman, … are comics characters that are familiar in our childhood. Hence, that’s would be a lot of fun to see them depicted by actors. Let’s check the list below.

Joker will introduce you to Arthur Fleck, a young man trying to pursue his dream of a stand-up comedian. He lives with his miserable mother in an apartment which can’t be in worse condition. Arthur earns his living by playing a clown. Having mental problems, always being unfortunate in his life, losing trust in humanity day by day are all the reasons why Arthur Fleck eventually snap  and turns out to be the Prince of crime in Gotham city – Joker

There are two separate opinions about Joker, mostly coming from two factors. Firstly, the plot  of this film is really simple and it reflects the corruption in Arthur’s mind using the simplest way possible . No superhero factors, science fiction factors exist so this movie can be boring to  a large number of audiences. However, to anyone catching the tenor of the movie or having been ill-treated in life sometimes, this is a must-watch piece of art.

Secondly, some people believe that Joker promotes aggressive violence and crime. We all feel sorry for Arthur but we can’t deny that Joker is a cruel criminal with his craziness but intelligence. Nonetheless, Joker is just a movie and this opinion may take everything too serious. Furthermore, knowing how bad crime and violence are is a chance for us to avoid it, not to imitate it, right?

Aquaman is the story about the original point, power and the way to get the throne of the Atlantis of Arthur Curry. Although we have met Aquaman in Batman vs Superman(2016), Justice League(2017), this is the first solo movie of Aquaman. Hence, the plot of Aquaman(2018) is easy-catching with basic motifs focusing on introducing who Aquaman is to everyone.

Many people assume that Aquaman is different from the unique filmmaking style of DC Comics: Dark and Deep. Yet, DC films remain to be DC films despite some funny scenes. This movie has many thrilling scenes that may scare you with the appearance of some monsters. They are like those from other horror films of director James Wan. Aquaman(2018) is a deep movie. Of course, part of the reason is because of almost all the scenes of the movie happening deep in the ocean.

Shazam is the story about Billy Batson – a fourteen years old boy. He was adopted by the Vasquez family. Under the roof of Vasquez’s home, Batson makes friends with other adopted children: Freddy, Mary, Eugene, Darla, and Pedro. However, Batson still feels all alone.

Coincidentally, Batson meets a wizard and he gives him the power of six ancient Greek gods.

The name Shazam stands for the beginning letter of each god’s name. S for Solomon(wisdom), H for Hercules(strength), Atlas( invulnerable and stamina), Zeus( power of Lightning and Thunder), Achilles(bravery), Mercury(speed). He has to fight against an enemy that gains power from The Darkness with an army  of monsters symbolizing sins of humanity.

The adventure of Shazam is suitable for people interested in action movies, but it is also funny and brings meaningful lessons about unity, the worth of family, and justice.

The release of the Justice League(2017) truly satisfies the desire of DC fans. This movie is the first time all iconic superheroes of DC, Batman, Wonder Woman, Aquaman, Cyborg, The Flash, assemble. The plot  of Justice League(2017) is simple, understandable and quite funny. Rather than that, what impresses the audiences most is the special effects and intense fight scenes

Like  Avengers from Marvel, Justice League  excellently completes the task of bringing  all the superheroes we all know and love into one movie and have them fight together as a team. However, the difference is that before the release of Avengers, almost every superhero in the team has solo films. As a result, Justice League  might confuse those not DC fans with the appearance of new characters like Aquaman, The Flash, and Cyborg.

Despite all the difficulties, Justice League(2017) still captivates audiences tremendously . The identity of the heroes and reasons why they  join the Justice League are utilized quite well. The whole team stands together to save the world from Steppenwolf and his Parademons. Besides, Justice League also have interesting easter egg for fans

As there goes a myth, Ares – God of war spoiled humans and murdered almost all the  Gods on the Olympus. When Zeus is dying, he still fights back effortfully and severely injures Ares in the process . He also gives the Amazon tribe a gift and Princess Diana. Time flies, little Diane grows up and becomes a warrior. One day, a pilot named Steve Trevor accidentally found Themyscira upon crashing his plane there  while on duty.

Steve and Diane meet each other. They all know that World War I is just around the corner . Realizing that this could be the plan of Ares, Diane and Steve are determined to eliminate the evil God. However, the war is not simple and mankind is not always as kind-hearted as Diane assumes.

When watching Wonder Woman, you will find out who a superhero truly is. A hero does not need to be too powerful, does not need to engage in battles with notorious enemies. Instead, a superhero can be anyone with a warm heart and a willingness to protect the vulnerable.

These 5 movies above are the best DC movies to us . They surely deserve to be regarded as a priceless and outstanding piece of art according to aspects of box office, content, graphics and meaningful lessons.

We  hope that our article could give you something to enjoy this weekend . Keep following our website fcine.tv for more blockbusters.