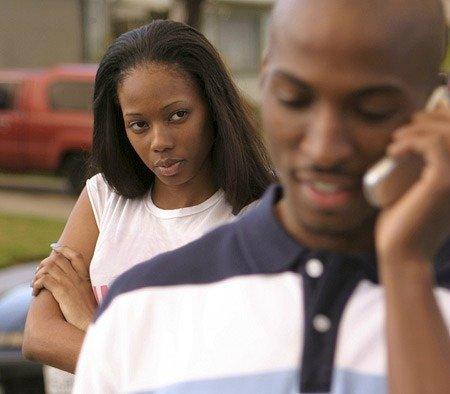 Pay attention ladies because this is a big one. Living a double life is not what you signed up for. It’s time to put an end to your doubts and clear the air in your relationship.

I don’t want to write this so that I can confuse you and increase the mess in your head. I just want the best for you.

It you are noticing a change in behavior in your man, there is something causing it.

Did you have a big fight recently?

Keeping an eye on him and wondering whether he is cheating or not, this is taking your focus and everything away from your goals.

The following signs could reveal something you couldn’t see.

It’s good when someone brings this up so that you can compare your relationship.

All of these signs come from those women who suffered enough through their relationships.

So, is your man living a double life?

Let’s check it out:

It’s okay if he works on a project with a tight deadline. This is one of the oldest excuses when it comes to cheating.

However, what men don’t pay attention is the same income. Every extra hour is paid double. So, if he works late and there is no change of revenue, then there is something wrong.

Most women don’t want to make this big of a deal and avoid calling their boss to check what’s up. If you want to find out something, just do it.

If your man works late and you end up wrong, so be it. At least you are going to be sure. He will be mad for a day or two, and then the bond will be even stronger.

He Doesn’t Initiate a Touch of Closeness

This is a big one. If your partner avoids lovemaking relations with you, he might be getting that from someone else. Declining the touch of closeness means weakening the relationship, but it could also be a sign that he is cheating on you.

Taking too Long to Answer Your Texts

Maybe this is not something you should worry about if it happens a few times. However, if it’s a constant thing, then you need to search for the reasons.

Does your man apply a secret lock to his phone? – Think about it. There should be no secrets, right?

Going for a Shower Immediately After He Gets Home

The change of showering period could give you a room for concern. If the nighttime was the time when he showers and now changes to showering immediately after he gets home, something fishy is going on.

Is he washing out the scent of the other person?

Test this out. Find out if he is more opened to hugging and kissing as soon as he walks through that door.

Extra Attention to How He Looks

If suddenly this becomes his thing, they are probably getting ready for someone else. This wouldn’t mean a thing if he was like that since forever.

But, if he wore the first thing he saw and now things are different, ask him what changed and saw his response.

This is great. Random gifts are always welcomed. It’s a tricky sign and could mean nothing, but it’s worth mentioning.

Is he overflowing you with random gifts every other day just to cover the fact they are sleeping somewhere else?

Another tricky sign. But, if he starts kissing you differently and does new positions perfectly, you might want to know where is this coming from.

It’s tricky because he can always learn it from adult movies or articles he read on the Internet.

But, you know him the best.

READ NEXT: 10 Vivid Signs Your Partner Lost Interest About You

Does this make sense?

Don’t forget to ask your friends about it. Share this with all of them and check their opinion.