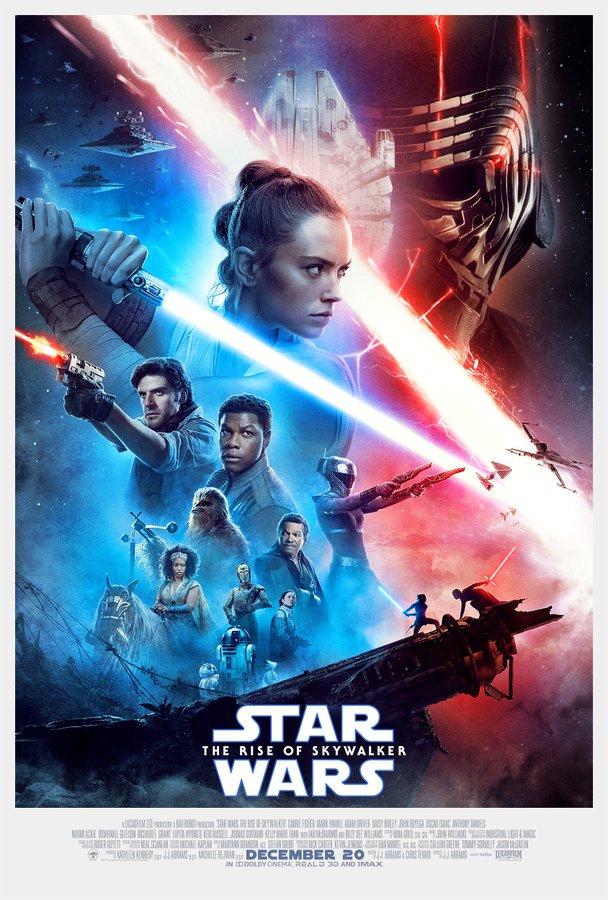 The final chapter of the Skywalker saga will be released this year. The trailer is already out and the official twitter account of “Star Wars” shared the news.

They wrote: “The saga will end, the story lives forever. Watch the final trailer for @StarWars: #TheRiseOfSkywalker in theaters December 20. Get your tickets now: http://Fandango.com/TheRiseOfSkywalker…”

The saga will end, the story lives forever. Watch the final trailer for @StarWars: #TheRiseOfSkywalker in theaters December 20. Get your tickets now: https://t.co/MLbzRXrCJb pic.twitter.com/RLllQGme76

And, fans agree – the story will live forever. All they need now is another incredible episode. Everyone is excited.

The official trailer for “Star Wars: The Rise of Skywalker” — Disney’s latest film in the massively popular “Star Wars” franchise — debuted during halftime of ESPN’s Monday night NFL matchup between the New England Patriots and the New York Jets.

The focus in the trailer is on the final battle between good against evil. Light against Dark. And, the final words in the trailer are Hamill’s Skywalker, who says, “the Force will be with you.”
A second voice adds, “Always.”

We’ll be able to watch the movie on December 20. However, there’s still some time left, and here’s what you need to know before the final episode is released.

Check out the new poster for @StarWars: #TheRiseOfSkywalker. In theaters December 20. Get your tickets now: https://t.co/MLbzRXrCJb pic.twitter.com/4jwGJOaFZi

The saga began in 1977 with the original Star Wars. After more than 40 years, it finally ends. For real this time!

The franchise has been on tenuous footing since its 2012 purchase by Disney and several box office shortcomings including Episode XIII: The Last Jedi (2017) and Solo: A Star Wars Story (2018).

So, where’s the problem?

According to an opinion published in the Washington Examiner, the films are so far beyond the basics at this point. I mean, every viewer, no matter how hardcore knows the infamous Darth Vader line “I am your father”. However, the trailer itself revealed so many things, that’s might be hard to follow for some people that haven’t watched since the beginning.

We see Carrie Fisher saying goodbye, the Resistance riding horses on top of Star Destroyers, Lando Calrissian, and so much more.

If you watched carefully you might have noticed the single shot in the trailer that shows Rey and Kylo destroying a mantle that holds Darth Vader’s mangled mask, seemingly in cooperation. Does this mean they work together? People believe that The Force is bringing Rey and Kylo together to create balance. The reason for this is because balancing the force has been a theme throughout all of Star Wars.

Another important moment from the trailer is bringing back Emperor Palpatine. “Long have I waited, and now your coming together is your undoing,” we hear him say. Just like other characters that were killed off only to later resurface, Emperor Palpatine is back. Fans believe that Palpatine reemerging would address one of Star Wars’ largest plot holes

What do you think about the trailer? Have you watched it?

It’s the final trailer before the final episode. It’s almost unimaginable to grasp that the saga is really ending.