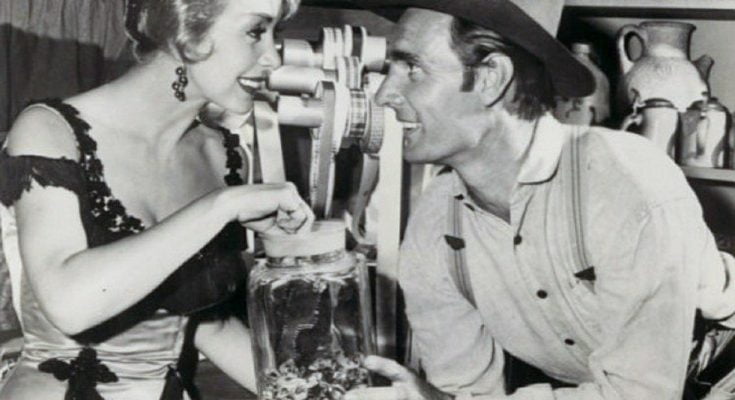 Sometimes a night spent together inside is just as rewarding as a date night on the town. If you’re looking for activities to enjoy together, why not watch one of the many critically acclaimed shows on Netflix?

Netflix is the largest streaming service available with about 139 million subscribers worldwide. With hundreds of popular titles to watch, there are many Netflix shows for couples to enjoy together.

We list some of the best TV shows for couples on the list below. So, grab your partner, snuggle up, and start watching these Netflix hits together.

Stranger Things is set in 1980s Indiana. The story starts with a group of boys trying to solve the mystery of their friend’s sudden and unexplainable disappearance.

The show perfectly balances supernatural suspense while exploring the various character relationships. If you’re into 1980s pop culture and sci-fi elements, then Stranger Things is one Netflix original you two can’t miss.

The Crown is a historical romance that focuses on the reign of Queen Elizabeth II. If you were a fan of Downton Abbey, you’ll fall in love with this show.

Starting in the 1940s, the show follows Queen Elizabeth II through her early reign. The Crown is packed with family drama, romance, and power struggles perfect for history buffs and casual viewers alike.

Alias Grace is a crime story inspired by true events and based on a Margaret Atwood novel by the same name.

The show focuses on the story of Grace Marks, an Irish immigrant and servant in Upper Canada. Accused of a double murder, the story begins in the middle of Grace’s imprisonment. It follows psychologist Dr. Simon Jordan as he attempts to unravel the truth of her tale.

The six-episode miniseries is perfect for couples that want to binge a show without the commitment of multiple seasons.

Looking for a mix between a crime drama and historical fiction? Peaky Blinders is set in Birmingham, England after WWI. The show follows a fictional group based on a real 19th-century gang called The Peaky Blinders.

Full of action and based on historical events, Peaky Blinders is a great show for couples that want to lose themselves for a few hours in this immersive gangster epic. With four seasons out, this is a perfect fit for anyone looking for a long series to binge.

If you missed this award-winning show when it first aired on TV, you can still watch it on Netflix.

Breaking Bad is a crime drama that centers on the story of Walter White, a chemistry teacher diagnosed with terminal lung cancer. Wanting to secure a solid future for his family, he turns to a life of crime and starts selling a special type of methamphetamine.

The show has five seasons and follows Walter’s journey as he falls deeper into the dark and dangerous world of selling drugs. This is one of the best Netflix series for couples looking for a story about family, drama, and the struggles of facing your own mortality.

Black Mirror perfectly captures the bizarre world of dystopian sci-fi. It’s one of the best Netflix shows for couples that enjoy The Twilight Zone and similar shows.

The show views contemporary issues in society through a sometimes-satirical lens. The episodes are standalone and each episode features a unique story.

“Hang the DJ” is all about finding your perfect romantic match and makes a great episode to watch on date night. Why not find someone on DoULike and invite them over to watch it together?

While on the surface Riverdale is a high school drama, the show goes beyond romance and teenage conflict. At its core, the show is a murder mystery that affects a group of friends and puts their relationship with one another to the test.

The characters are loosely based on the popular Archie Comics series. The show does a great job balancing the character dynamics with the darker elements of the show.

If historical drama and suspense isn’t your thing, why not check out some comedy? Dear White People is one of the most popular TV shows for couples that love to laugh together.

This comedy-drama revolves around a group of black college students that deal with racial issues in a largely white Ivy League school.

The characters often speak directly to the camera, pulling the viewer in and immersing them in a world of divide and struggle.

Kick Back, Relax, and Start Watching these Netflix Hits

Now that you have a few ideas to add to your Netflix list, why not grab your date and start watching together?

Whether you’re looking for a miniseries or a multi-season epic to binge, there is something on the list for every couple to enjoy. So, the next time you want to spend the night inside, grab the popcorn and load up these shows on Netflix.