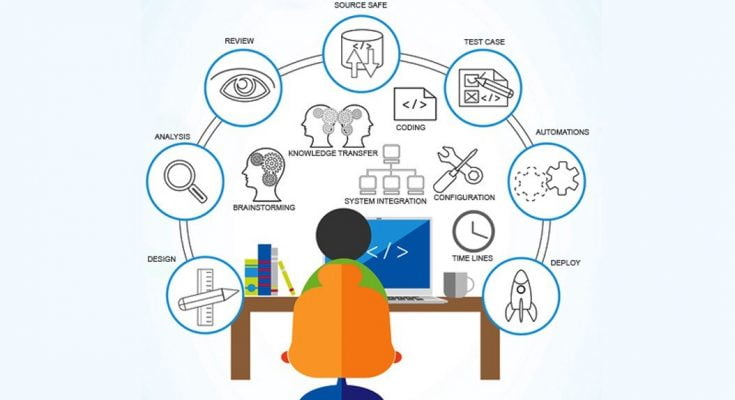 AngularJS was created by a team at Google, an ancestry that is reflected in its current popularity. When it comes to front-end application development, AngularJS is one of the most popular options out there. Because it is open source, AngularJS is constantly being improved and its functionality expanded. By utilizing different frameworks, developers are able to create their own custom applications.

In this article, we take a look at a handful of the best AngularJS frameworks on the market for developers who want to create a unique and innovative experience for their users.

With over 30 UI components contained within, Angular Material is a fantastic component library for web developers, allowing the construction of web apps with advanced functionality using pre-constructed and reusable elements. The component library is varied enough to be of use to the majority of web app developers, regardless of their specific field.

Angular Material contains a range of desirable features, such as inbuilt responsive designing. This feature causes all web applications to be automatically adapted to the screen of whatever device it is viewed on. Because it uses reusable elements, the code base is considerably smaller. If you have mastered the basics of AngularJS, look for an Angular 4 tutorial taking you through Angular Material as your next step. This is a great route if you’re going to be building web apps.

The name Mean is actually an acronym, standing for MongoDB Express AngularJS NodeJs. Catchy, huh? This framework is designed to enable developers to set up and deploy applications, APIs, etc., as quickly and efficiently as possible.

There are a number of tools and libraries contained within the Mean.IO stack. These components are regularly maintained to ensure that they remain compatible with one another. This central maintenance leaves developers free to focus on developing the app without worrying about the more tedious tasks involved in application development.

Video content is a huge driver of online traffic but delivering reliable HD video and audio to your users can be challenging at scale. Web applications that stream video to users need to support video files properly if they are to deliver an acceptable user experience. Videogular is a framework powered by AngularJS, which is used to handle videos within applications.

In addition to a bindable API, Videogular comes with an impressive array of features. One of the main benefits of this framework is that it can be used on either mobile or desktop devices, with developers free to configure it and remove unsupported features.

AngularJS is maintained by a team at Google who diligently monitor the state of the project. They continue to update and improve the framework so that development is as easy as possible for developers. The above are just a small selection of the many angular frameworks that exist out there. Try different ones and find the one that works best for you. All the different frameworks have different uses and different feature, there is a framework out there to take any project to the next level.