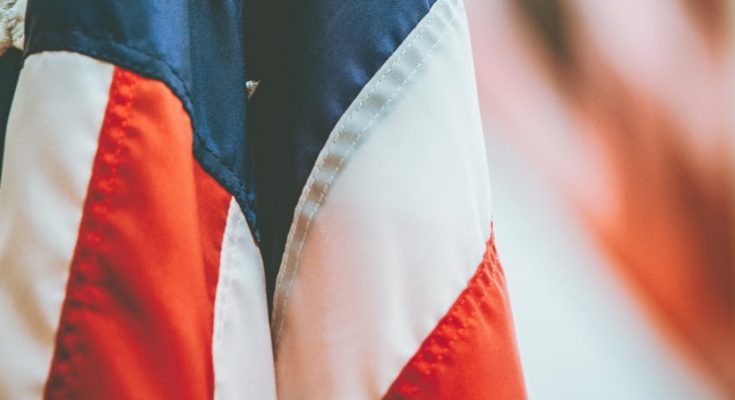 The American Flag is celebrated all across the United States of America on every 14th of June. The state of Pennsylvania even offers a holiday on the 14th of June to honor the prestigious flag. One of the many reasons why it is loved throughout the country is because of its rich history and cultural importance. And while it is one of the most well-known flags in the world, there are some facts about the American flag that most people do not know about. These facts include:

The Colors for this Flag were Specifically Chosen

Every 14th of June, America displays the Old Glory with pride around their houses, offices and even community centers. However, no American flag comes with a different shade of color. Every store selling these flags is required to use the correct color codes to create each flag. These shades are Dark Red (193 C) and Navy Blue (281 C), which have been made as to the only correct color combination for the flag by the US Army.

Each Color Has a Different Meaning

The colors of the American flag hold great values that are followed by the country. While the red color stands for resilience and bravery, white represents innocence and purity. Finally, blue symbolizes justice and vigilance.

On the 14th of June 1777, the Continental Congress decided to pass the First Flag Act to create a new flag for the United States. They described the flag to have thirteen stripes, with alternating white and red colors. The Union was made of thirteen stars that are white on a blue field to represent a new Constellation. From 1777 to 1960s, the American Flag has had five legal amendments, allowing for more stars and stripes to be added to the American Flag.

The American Flag has its Nickname

The nickname of the American flag is Old Glory. It was given to William Driver by his mother and other women living in the town of Salem. In 1831, he decided to hang it up on the mast of his ship, and called it “Old Glory”. Since then, the American Flag is commonly referred to as Old Glory.

The Flag Design Was Created by a Student

A student at Lancaster High got a school project to design the new flag after Alaska and Hawaii became a part of the United States. President Eisenhower received thousands of ideas from all over America for a newly updated flag. The President chose Heft’s design and made it the new official American Flag.

A Total of 6 American flags Are Located on the Moon

The first flag was planted in July 1969, by Neil Armstrong, as part of the Apollo 11 mission. This mission is famous for being the first manned landing in space. After this, five other Apollo Missions have planted an American Flag on the moon. These missions were the Apollo 12, 14, 15, 16 and 17. These flags are still standing on the moon, except for one. It is the first flag planted by Armstrong on Apollo 11.

According to Federal flag laws and regulations, the flag must be displayed from dawn to dusk, except during storms. It may be shown during night time as well, as long as the flag is properly illuminated. The flag must also be properly maintained as per the US Flag Code and may be disposed of in a dignified manner as long as the flag is beyond repair. A Flag Desecration Amendment failed by a single vote which banned the printing of the flag onto disposable items.

The American Flag was created to unite the citizens of America. They wanted to take control of their land from the British Army. It is now used to provide citizens with a sense of ownership, pride, and justice. Some even say that maintaining the image of this flag is crucial to the nation’s well-being, as it unites the citizens of America against any injustice and gives them a sense of hope to achieve the best for their nation.

1 thought on “The American Flag: A Brief History and Facts”