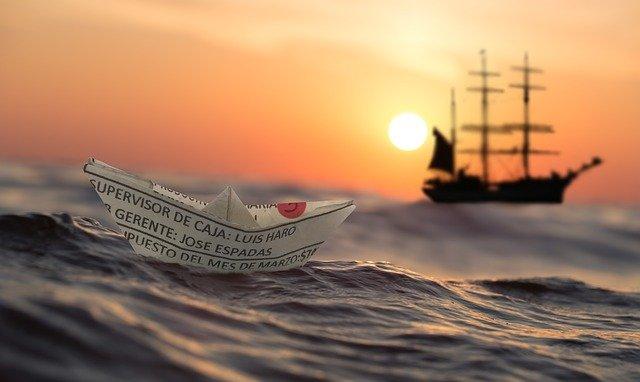 Although tropical waters continue to be a favorite cruising destination, an increasing number of sailors are now drawn to unchartered waters the world over. To cater to this trend, this article highlights the top sailing holiday destination on each continent.

Spreading out in the eastern Mediterranean, the Greek Archipelago has over 10,000 miles of coastline, with a multitude of beaches, a host of secluded bays, coves and a rich variety of wildlife.

Greece ranks among the top nations in scenic beauty, weather conditions, a range of ports, anchorages, pleasant waterfront and restaurants.

In as much as she is popular with sailors and gets crowded in peak seasons, there are still less frequented places around the Aegean and some of the more remote islands.

It is advisable to visit outside of the peak summer season, ideally around Easter.

The Caribbean Islands are without a doubt the most popular cruising destination. With more than 700 islands, 2400 uninhabited cays, shallow seas, clear blue waters, the Bahamas is the top of all of them.

NASA Astronaut Scott Kelly called the Bahamas “the most beautiful place from space.” The Bahamas offers the calm and warm waters that are ideal for water trampolines.

Lying on the edge of the anticyclone belt, the Bahamian climate is very pleasant particularly in summer (June-October). Unfortunately, Bahamas is also prone to hurricanes from July to November. Voyagers should be wary of this.

Brazil covers almost half of South America and shares borders with all countries on the continent, except Chile and Ecuador.

Most cruise boats visit Brazil as a detour, either from the Canaries or Africa.

Bahia and Rio de Janeiro are the top sailing destinations along the north-east coastline. Particularly, Brazilian culture is a rich blend of European, African and Latin American culture, epitomized by the famous carnivals.

Similarly, when venturing inland, navigating the Amazon is quite an attraction because of the rich rainforest and the aboriginal tribes that still live an exotic lifestyle.

Typhoons in the Far East, potential pirates in the Southern Philippines, and strict Indonesian cruising laws make the Far East one of the most difficult areas to navigate. However, Northern Malaysia, Burma and Thailand have great potential to be among the world’s top cruising destinations.

The Kingdom of Thailand is subjectively the highest-rates cruising spot in Asia. She has two coasts; the Andaman Sea borders on the west and the Gulf of Thailand on the east.

Phuket is the main entry point with more than 300 yachts visiting each year and an established charter fleet. However, because of its popularity as a tourist destination, it has risen from a sleepy backwater to a crowded and increasingly polluted location. Fortunately, cruisers can still seek out the less crowded islets like Ko Phi.

A trip to the South Pacific Islands is on the list of most sailors’ buckets, albeit for long-distance, remoteness and a strong South-easterly wind blowing from May to October.

New Zealand is the most popular destination for those who can make a trip to the south. With its state-of-the-art yachting facilities in the Bay of Islands and Whangarei area, she has more sailing yachts per head of population than any other country.

The Kiwi people call their home country “God’s land” because of her scenic mountains, glaciers, bubbling hot pools, giant ferns and unique wildlife. It’s definitely worth a trip down the south.

A sheltered anchorage can be found on the western side of the peninsula, which is usually free of ice in summer and stretches 300 miles north from the permanently frozen landmass.

The seventh continent is no longer an exclusive scientific research destination as sailing boats are increasingly docking there. In 2015, 18 yachts visited Antarctica, an interesting destination for adventurous sailors. Despite the freezing temperatures, Antarctica’s flora and fauna are very rich and therefore a haven for pristine polar wildlife enthusiasts.

Water makes up 70 percent of the world, with a multitude of sailing routes and destinations. No sailor can conquer all of them, but at least if they want to try this feat, the destinations listed above must not be missed.