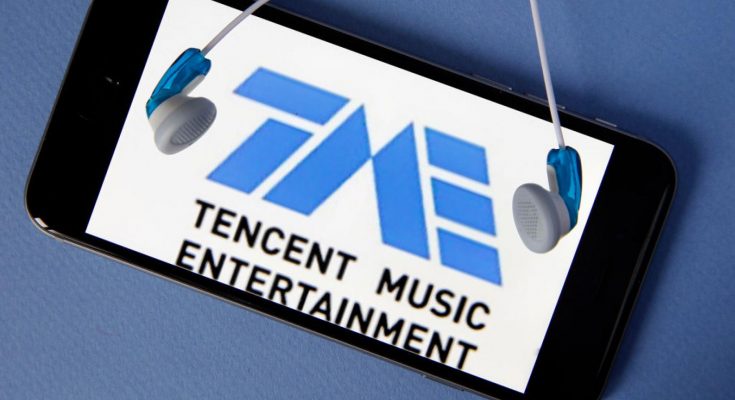 Shares of Tencent Music Entertainment Group, the Chinese online music-playing giant, its first trading day on the New York Stock Exchange. The company raised around the US $ 1,100 million, based on an initial price of US $ 13 per share. Stocks ended the day selling at the US $ 14 per share.

This result gave the firm a market value of almost US $ 23,000 million, the same value that Spotify had at the close of the exchange, reported Reuters.

Tencent Music is part of Chinese technology giant Tencent music investors and owns some of China’s most popular music applications, such as QQ Music, Kugou Music, and the WeSing karaoke service.

It has around 800 million monthly active users, of which about 35 million paid a subscription at the end of September. Spotify, which bases its earnings on subscriptions, had 160 million active users in April 2018.

Unlike the Swedish company, most of Tencent Music’s income comes from “virtual gifts,” which can consist of stickers, virtual birthday cakes, etc. Users buy these presents for other users or artists that broadcast live presentations.

The recipients of these “virtual gifts” can exchange them for money, according to an October article in The Wall Street Journal.

Companies do not compete directly with each other since Tencent Music only works in China and Spotify does not operate in this country. In fact, in December 2017 both companies announced that each would buy shares of the other.

In addition, Tencent Holdings, the parent company of Tencent Music, said it would also buy minority shares in Spotify. The agreement gave Spotify exposure to the Chinese market of music consumers.

The company’s stock market outlook was marred by the recent slowdown in US financial markets and the tensions between this country and China. The firm is backed by investors including Spotify, Sony Music Entertainment and Warner Music Group, but the majority owner is Tencent Holdings.

Tencent Holdings, which is dedicated to advertising, digital payments, online games, cloud services and the WeChat messaging service (known as the Chinese Whatsapp), was founded in 1998 and is listed on the Hong Kong Stock Exchange since 2004.

He created Tencent Music Entertainment Group after acquiring China Music Corporation in 2016 and merging it with his existing music business.

Spotify and Tencent Music agree on to share of shares

The companies said in a joint statement that they will acquire new shares for cash. Tencent Music Entertainment will invest in Spotify, while the Swedish firm will invest in Tencent’s music unit. The terms of the agreement were not disclosed.

Tencent is one of the most powerful internet companies in China, with the WeChat message app and payment and gaming platforms on the web. As Chinese authorities have mostly blocked Google, Twitter, and Facebook, Chinese companies such as Tencent have grown rapidly.

Spotify, meanwhile, has no users in China. According to the company, until July the company had more than 60 million subscribers and 140 million active users with access to more than 30 million songs.