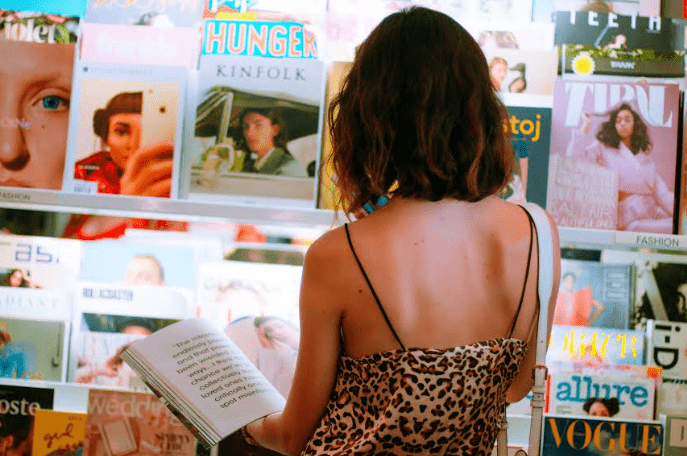 Even though she turned 50 in May, Naomi Campbell has shown no signs of quitting or even slowing down.

Born in 1970 in Streatham, South London, to a Jamaican-born dancer, Naomi seems to have enjoyed over three decades in the fashion industry.

The 50-year-old’s career began at the early age of seven when she landed the role of a vixen on Bob Marley’s “Is This Love” music video.

At the age of 10 – and thanks to her mother’s dancing genes – Naomi had gotten accepted to the Italia Conti Academy of Theatre Arts, where she studied ballet.

It was during her time at the academy that the fashion model was spotted by a scout from the London-based modeling agency, Synchro – she was signed to Eileen Ford soon after that.

Even though she landed her first cover for British Elle and ran several other campaigns when she was 16, it wasn’t until a year later that she got her big break – when she walked for Marc Jacob.

The occasion which took place in 1987 saw the supermodel walk the New York Fashion Week runway in tiny items of clothing.

Later she got a spot on Yves Saint Laurent’s Couture catwalk – a move that saw her become a regular face at YSL shows.

Naomi also became a regular at Azzedine Alaïa, Anna Sui, Fendi, Chanel, and Versace. In fact, alongside other models like Christy Turlington, Cindy Crawford, Linda Evangelista, and Tatjana Patitz were considered the “Supers” of the ‘90s.

Besides walking the runway for fashion heavyweights, the group made an appearance in George Michael’s “Freedom ’90” legendary music video.

Naomi’s success story of being one of the world’s most known supermodels continued well into the 2000s as she was known as Victoria’s Secret Angel.

It was, however, during this period that fans saw the model go through some personal struggles. Back in 2007, Naomi was accused of and pleaded guilty to throwing her phone at a maid in New York.

The “Cool as Ice” star paid for the indiscretion by doing five days of community service, taking anger management classes, and issuing an apology in the Manhattan Criminal Court.

That incident made little or no effect on her confidence as she said, in true Naomi Campbell fashion:

“I keep on sweeping. I’m getting very protective of my pile of rubbish — kind of the way I feel about my Hermès handbag.”

Naomi’s drug problems also became public knowledge, and it didn’t take very long before she opted to go to rehab for addiction.

Her decision not only saw her become better, but it also earned her a spot as motivation for people who are in recovery as she has remained active in Narcotics Anonymous and continues to ask young people to seek help and treatment.

Amid her chaotic personal life, Naomi has also shown how charitable she can be. The author and occasional TV star most notably founded the “Fashion for Relief” campaign.

The campaign, which featured a series of fashion shows, was dedicated to helping those who were affected by Hurricane Katrina, the 2008 terrorist attacks in Mumbai, and the 2011 earthquake in Japan.

After a 14-year break, the “Swan Display Piece” author reminded fans of her prowess when she  closed the show at the Valentino Couture catwalk.

These days, Naomi spends her time in intimate conversations with fashion stars like  Cindy Crawford, Marc Jacobs, and Ashley Graham for her YouTube talk show “No Filter with Naomi.”