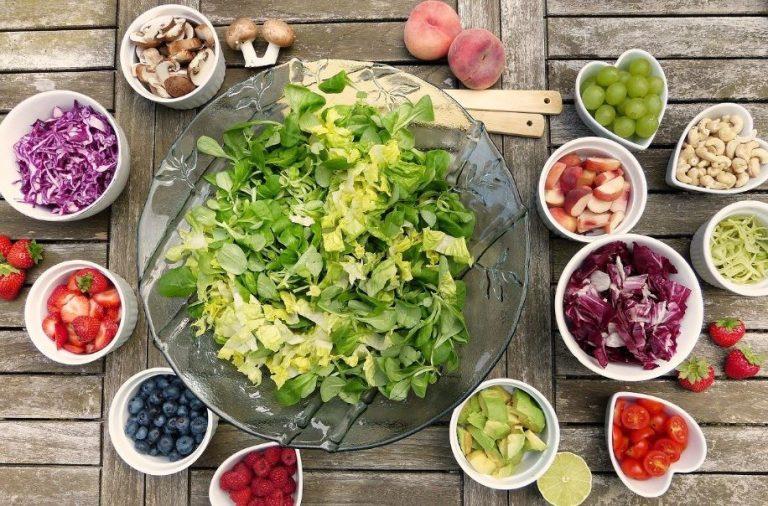 According to the latest reports, the vegan community has grown to encompass more than 1.6 million people in the United States alone. Vegetarians total an estimated 375 million and counting. As awareness of these diets and lifestyles increases, more people are joining the plant-based movement. Because of this, they’re experiencing a wide range of health benefits when compared to people who stick to an omnivorous diet.

Exploring the Intricacies of Vegan and Vegetarian Diets

Some people remain a bit confused over exactly what vegan and vegetarian diets entail and which elements differentiate the two. In a nutshell, vegetarians primarily eat plant-based foods but also make allowances for eggs, dairy products, and certain other exceptions. Vegans, on the other hand, refrain from all animal-based foods and products. This could even mean omitting certain herbal dietary supplements because some of them come in capsules made of animal byproducts. That being said, many turn to dietary supplement suppliers like Guardian Athletic as options that are vegan- and vegetarian-friendly can be difficult to find through other manufacturers.

Common Concerns with These Diets

Building an argument against the many health benefits of vegetarian and vegan diets is virtually impossible. Studies show that those who minimize the consumption of animal-based foods or refrain from it altogether experience a wide range of advantages. These include improved cardiovascular health, reduced risk of certain cancers, lower cholesterol levels, and enhanced cognitive function to name a few.

That being said, many would-be converts and health experts alike express concerns over certain issues that could come from a diet consisting wholly or primarily of plants. Certain vitamin and mineral deficiencies are among the most common. A lack of much-needed healthy fats comes into play as well. The risk of inadequate protein intake also enters the mix, and this is one of the most significant problems that stem from meatless diets. Of course, quite a few plant-based products offer ample amounts of protein to help bridge the gap.

Protein is essential for health from a number of angles. It’s a primary component in muscles, bones, blood, cartilage, and skin. It’s also crucial for generating hormones, enzymes, and other necessary chemicals in the body. At the same time, it’s vital for repairing bodily damage and creating healthy new tissues. Until fairly recently, most people believed the only adequate sources of protein were meat. Now, we realize that’s not the case. Plenty of plant products can provide the protein needed to promote optimal health.

Tofu is one of the most well-known vegetarian sources of protein. It’s made by processing soy milk into a solid state and pressing the curds into blocks. It has 10 grams of protein in a half-ounce serving. That’s ten times more than a cup of low-fat milk. In fact, all soybean products are rich in protein, making them among the best non-animal sources of this vital nutrient.

Quinoa is a grain that’s packed with fiber and unsaturated fats as well as protein. It offers four ounces of protein in half a cup. It can be used in numerous ways from cold salads to warm cereals. Many people mix it with other sources of protein and additional nutrients for a healthy, well-rounded snack, side dish, or complete meal.

Those looking for a powerful punch of protein, calcium, iron, and fiber all in a single wallop may want to try amaranth. It’s a gluten-free alternative that closely resembles mustard seeds in appearance. When cooked, it takes on more of a porridge consistency and can be topped off with fruits, nuts, brown sugar, maple syrup, and countless other add-ons.

One cup of chickpeas contains fiber, folate, iron, and 39 grams of protein. That’s slightly more than a cup of chopped chicken. You can boil or roast chickpeas for a wonderful snack or side. Of course, they can also be mashed and infused with tahini to make the ever-popular hummus. It’s a healthy spread to use on sandwiches in lieu of mayonnaise and makes a tasty dip for vegetables or whole-grain crackers.

Most plant-based protein sources are grains, nuts, beans, and peas. Spinach is an exception to the rule. It offers as much protein per cup as a boiled egg and has far fewer calories. You can use it for salads, sandwich toppings, smoothies, and many other menu items.

Numerous varieties of beans are available, and virtually all of them are rich in protein as well as other nutrients. They’re also high in fiber, so they aid in digestion and make you feel fuller for longer than some other foods. That’ll help curb cravings while building muscles and burning fat.

Lentils contain 18 grams of protein per cup and, like beans, offer plenty of filling fiber. They cook in a matter of minutes in the pressure cooker and easily take on the flavors of any seasonings you add to them. They’re wonderful plant-based comfort foods for cold weather and the perfect addition to several recipes.

Because of its high-fat content, peanut butter could be considered a guilty pleasure. Still, it’s a great source of protein and heart-healthy fat. On top of that, it’s a tasty dip for fresh apples and certain other fruits. It also happens to meld well with chocolate, which is a benefit in its own right.

Pumpkin seeds offer nine grams of protein per ounce, and they contain several other helpful nutrients. They also help ramp up energy levels, making them a nice afternoon pick-me-up. Roasting them enhances their flavor and gives them a nice texture.

Many types of nuts, like walnuts, almonds, and cashews, make hearty, healthy, satisfying snacks. They give you a crunch you won’t find with certain other protein-rich options, and their flavors speak for themselves. Nuts also aid in burning fat and losing weight when enjoyed in moderation.

Protein doesn’t have to come from animals. Plant-based sources of protein contain less unhealthy fat and more good fat than animal products, and they offer numerous health benefits. If you’re thinking of joining the vegan or vegetarian movement, you really don’t have to worry about vitamin, mineral, and protein deficiencies considering all the options at your disposal.