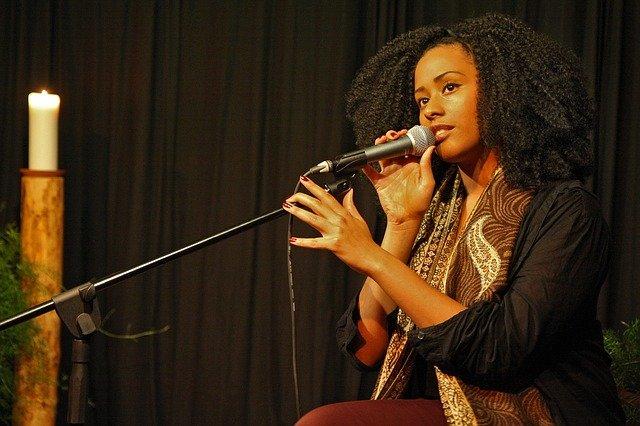 The world has been jamming to a lot of good music from both male and female artists. However, female music artists are throttling their way to the top spots in the music industry. No doubt, the top female music artists could easily stamp their names on the list of the world’s best.

Thanks to performances and new songs from top female artists, virtually every music lover has got some good music on their playlist. However, even though every female musician is unique in their genre of music and how they deliver their songs, they are still ranked by the level of skills and talent they possess. Which explains why there is so much buzz around top female music artists?

Some popular questions that you might have come across while discussing female music artistsinclude who have sold out the most albums, which female artists have bagged the most award (including the prestigious Grammys), and who is the most talented. And, of course, people music fans would also want to know who the best vocalist is (top female artists with jaw-dropping vocal ranges).

While some of the top female singers are just coming into the spotlight and gaining the attention of the global audience, others are already well known around the world. Some of the latter categories include but are not limited to the beautiful Adele and charismatic Taylor Swift.

Who are the top female music artists of 2021?

Who are the greatest female singers today? Which artists are the best vocalists? Is any American, Canadian, and English female singer due for a banner year in 2021? Who are the best top current female rock singers on the globe today? Are top female music artists today the most popular girl singers ever?

Though very tough questions to answer, we will attempt to answer these questions with our list of top female music artists of 2021. If your favorite female artist(s) aren’t on the list, don’t lose sleep over it. She must have had her shine at one point or the other. If she hasn’t, then be on the lookout for the next list of top female music artists.

Named as the most influential person on Twitter in 2018 (despite tweeting only 18 times), this United States self-made artist is no doubt one of the biggest names in music, and one will not be exaggerating if you say she is giving her male counterparts a run for their money. She released her popular album titled “Lover” in 2019 with Universal’s Republic Records and went on to shock the world with her surprise release which she titled “Folklore”.

Even though it was written and produced amid the pandemic and quarantine, it made the record as the year’s first album to sell a million units. According to Force’s 2021 America’s self-made women, Taylor Swift’s network was put at $550 million. She has two Dassault private jets to her name and has 11 Grammys under her belt so far in her career.

Did you that Billie Eilish was reported to have collected at least $25 million from tech giant Apple for a documentary about her life and career? That is just one of the numerous highlights in her career.

For a 19-year-old, Eilish is doing exceptionally well for herself and doesn’t seem like she will be stepping on the brakes any time soon. She was named among the Forbes’ 30 under 30 class of 2019 where she debut as the youngest member. It is said that she would have made it to the top 20 if the pandemic hadn’t grounded her arena tour.

Her album “when we fall asleep, where do we go” catapulted her into the limelight in 2019 as it sold over 3.8 million units. So far, she has won five Grammys and made a record as the first woman to bag four major categories in a single night. What’s her net worth? As of 2020, this prolific artist is worth $53 million. She resides in the city of Angels and is single.

With over 900 million views on YouTube, Dua Lipa’s hit song “New Rules” is making waves. In addition to topping charts in the United Kingdom, “New Rules” made it to No. 11 on the Hot 100. The Albanian descent was listed among Europe’s 30 under 30 in 2018 and earned five nominations at the Brits Award in the same year.

Her recent hit “Levitating” is also causing so much buzz as it continues to jostle with top male artists like Ed Sheeran on the Hot 100 chart.

As of August, “Levitating” had spent a whopping 32 weeks among the top hits on the Hot 100 — making it one of the longest-running hit songs in US history. The 26 years old English singer, songwriter, and model, since her debut album now worth, $25 million.

No doubt, all of these great artists deserve their sit on the list of top female artists in 2021. However, that’s just a fraction of the list. Other remarkable and phenomenal female singers on the list include the Houston-born rapper Megan thee Stallion, L.A’s R&B artist Doja Cat, Lizzo, 2019 Cloud Eau De Parfum winner Ariana Grande, Maren Morris, Halsey, and Tones And I.