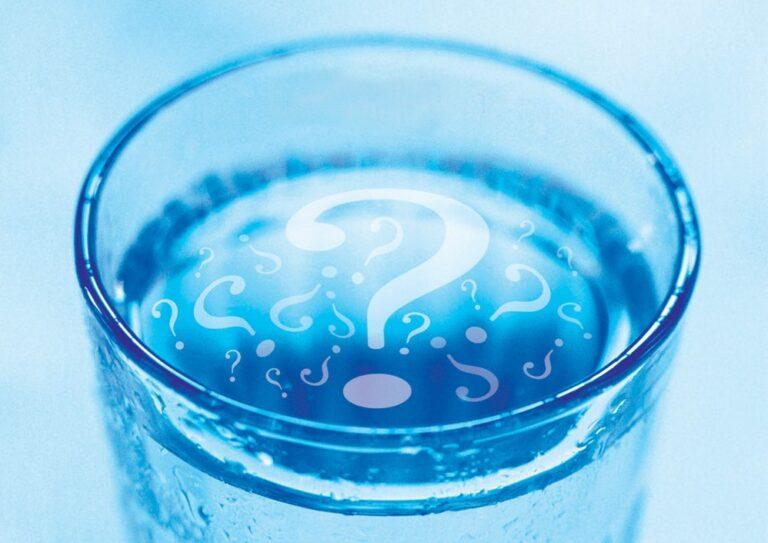 Sometimes drinking water after eating a meal makes people feel sick because their stomach is already full. Most of the time, however, feeling nauseous or vomiting after you drink water isn’t normal.

Water contamination and waterborne illnesses remain a problem throughout the world. For example, a 2019 study estimated that over 19 million Americans in 43 different states were drinking water contaminated with PFAS chemicals. PFAS chemicals can cause health issues such as birth defects, cancer, and infertility.

However, contaminated water can also cause more minor symptoms, such as vomiting. What you might think is being caused by a stomach bug could actually be because your water system is contaminated. No matter if you’re drinking well water or public water, there is always a risk of the water coming out of your faucet being contaminated.

Bacteria and parasites are a common reason for contaminated water. Disease-causing microorganisms can easily find their way into water systems. For example, if the water supply comes from an area that is close to a farm, there is a chance that fecal matter from the animals could make their way into your water. Usually, water plants can filter out these microorganisms, but sometimes bacteria still slip into your water.

Two common waterborne diseases caused by parasites are giardia and cryptosporidium. Both of these cause flu-like symptoms, such as cramps and vomiting, and can occur throughout the world. Other waterborne diseases are more likely to occur in specific areas of the world. For example, Guinea Worm has been eliminated from most parts of the world but still exists in Chad, Ethiopia, Mali, and South Sudan.

Bacteria, parasites, and pesticides are some of the most common causes of contaminated water but they aren’t the only causes. Algae outbreaks, high levels of metalloids, and MTBE are some other causes. Algae outbreaks don’t always produce toxins, but occasionally outbreaks quickly become out of hand. Outbreaks are most common in the summer, when hot weather paired with agricultural runoff causes algae to grow more rapidly in lakes and rivers before moving into water systems.

Common signs that your water might be contaminated with bacteria or parasite is repeated flu-like symptoms. This could include fever, cramps, diarrhea, nausea, and fatigue. It can be hard to spot a contaminated water supply based on these symptoms, because many assume that they have a common virus or food poisoning. However, if the symptoms linger or repeatedly come and go, that could be a sign that there is something in your water. And while they might seem mild and not cause for major concern, they could still become problematic if not treated, especially for children and the elderly. Repeated illnesses could lead to more serious complications, such as severe dehydration.

Certain waterborne illnesses can cause more serious illnesses, such as respiratory infections, skin infections, kidney failure, joint pain, and neurological problems. If you’re suffering from an illness and are unaware of the cause, you could always visit your doctor so that they can run tests.

Sometimes it is easy to spot contaminated water before it makes you sick. Changes to odor, taste, or appearance of your water is usually a good indicator that something isn’t right.

A moldy, grassy, or fishy smell means that there is a bacteria growth somewhere in the water supply. If you notice any of these smells, do not drink your water until it is treated. A gas odor is also concerning because that means there could be petroleum in your water, which could make you extremely sick. An egg smell indicates sulfur, which isn’t harmful but can be unpleasant to drink. Chlorine is another common smell, but a little chlorine in your water won’t hurt you. If the smell is super strong, that is an indicator that there may be too much chlorine in your water.

If iron is in your water, you may also notice brown or orange stains. However, your water will ideally always be clear. Cloudy water or noticeable sediment could be a warning sign that something is in your water.

What to do if you suspect your water is contaminated

If you ever have any concerns about your water, the first thing you’ll want to do is to contact a water treatment specialist to treat your water. They’ll let you know for sure if there is a cause for concern.

There are also certain measures you can take to prevent contaminated water from entering your home. UV water filters are becoming increasingly popular because they require almost no maintenance and kill almost all microorganisms. Check out this article from The Water Geeks to get a comparison of different UV water filters.

If you suspect something is wrong with your water and are waiting for someone to come to treat it, you should avoid drinking water from your faucet. Instead, purchase water from the store. Boiling water before drinking it can also help to kill bacteria and parasites.

If you drink contaminated water and find yourself sick, take the time to go to a doctor. Do not wait for it to run its course, because some waterborne illnesses will not go away on their own.

It isn’t always easy to tell when your water has been contaminated. Changes in odor, taste, and appearance or unexplained illnesses are a good indication that something might be wrong. If your water is contaminated, a water treatment specialist can help you determine your next steps.