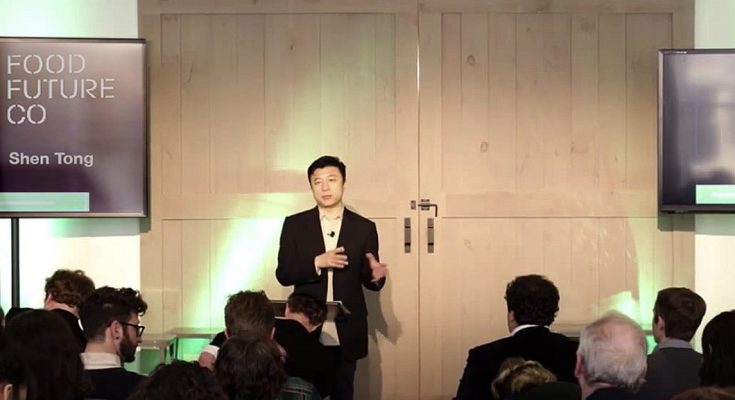 It has been observed over a period of time that many people have revolutionary ideas but do not have the resources and the funds to take them forward. Today, entrepreneurship has become a trend. Many people strive to develop their ideas into reality. With time, new market places, consumer brands, science, and technology, as well as other innovative disruptions, have successfully entered into every facet of modern lives. Many upcoming entrepreneurs, young or not so young, are reaping the benefits of this unbeatable combination. One such entrepreneur who has successfully managed to combine the action of world-changing ideas and entrepreneurship is Shen Tong.

Shen Tong is a serial entrepreneur and an accomplished venture investor based in New York City. He is the founder of FoodFutureCo. And previously founder, co-founder, partner or executive in successful ventures including Food-x, VFinity, B&B Media, FLG Publishing, SOSV, WeFunder.   Mr. Shen in an interview with the Speciality Food Magazine talked about his project ‘Food-X’, in which he told the group that organizes two largest North America annual trade shows Fancy Food Show (East, and West) that his organization aims to ‘support sustainable food businesses and help create a shift away from the world’s industrialized agriculture and food system.’ According to him, the motive of his accelerator is to support 100+ food-related ventures by combining cohort learning, high touch mentoring and advisory, industry, and market key partnership, and long term financial support to the tune of $10.000-$50,000 per team to start, followed by 2 to 3 more venture rounds of investments.

Shen Tong said, ‘We focus on two elements: nature and culture” referring to biodiversity and regenerative practices in sustainable agriculture, and culinary culture traditions. Science and technology play an important role in Shen’s theory of change, but the resilience of nature and culture are the smart systems Shen’s group are focusing first and foremost.  “There’s nothing wrong with fantastic technology, but the big pivot in food is more about restoring and working with nature and leveraging culinary traditions.” referring to them as 2 smarter systems than computational technology narrowly focused. Shen Tong believes that disappearing farmlands and growing hunger are big challenges. However, the bigger problem is that ‘every economy, as soon as it moves out of poverty, its people rush to this very bizarre version of the Western diet. It’s highly processed, animal protein-centric, and uses “cheap” ingredients — salt, sugar, fat — creating high-calorie, low-nutrient food. Moreover, it’s at a profound cost to all the planet, and to people.’

Shen Tong believes that ‘what we eat is essentially what we are.’ ‘Whatever food you put out there as a business, needs to have a fundamental respect for the human body.’ He also spoke about the common denominators in companies his group chooses to mentor. Shen looks for food and ingredients “as close to its original form as possible, and logistics and delivery mechanisms that are as sensible as possible” referring to local and circular food economy. Therefore, local and organic will make sense — not only because that’s better food, but because it’s a much better business case. It’s fundamentally about restoring the ag-food systems that have now become “inefficient in the industrial agriculture and food system.”

Shen Tong believes that technology may not be the most crucial element at the present time in creating a massive change. It’s ubiquitous already, making tech-enabled new businesses growing faster than in previous decades and centuries. He further spoke about the role of social media, ‘our social channels are not just communication channels but mobilization channels. The company that does (community organizing and movement building) will succeed much faster. It’s available to all at no cost. It’s an essential element that comes out of the modern social movement.’

According to FoodFutureCo statistics, there are hundreds of applicants every year from all over the globe who want Shen to mentor and help them take their companies to the next levels. However, Shen says that at present, his focus is more towards New York where there is a lot that he can help with immediately to build US solutions or to launch international businesses, and gradually expanding into Europe, Asia and other parts of the world with satellite local support to their accelerated companies in their respective region. Mr. Shen further said about international applicants ‘we’ve narrowed down the companies that come out of other geographies to those with a business idea or a company at a stage that’s ready to enter the New York market, giving them a foothold in the culinary capital of the world, followed by the rest of the U.S. market.’

Shen Tong believes that ten years down the line, the list of big names in food and agriculture will be different from what we see today. “Some of these big names are yet to be invented and some will come out of FoodFutureCo.

Shen Tong has been involved with a number of start-ups. One such company is ‘True Made Food,’ and its main product is all vegitable ‘ketchup.’  He is also working with 4P Foods from Washington DC and Virginia (and its counter-part Nextdoorganics from Brooklyn). Initially, Shen Tong thought that switching grocery shopping behavior is pretty hard but what’s harder is to do it twice in a year. 4P Foods made the behavior change easier with year-round availability and aggregation of many farms and CSAs and is already serving thousands of families.  In other local food categories, Seal the Seasons – a certified B-Corporation. Founded in North Carolina, Seal the Seasons is a frozen fruit and vegetable brand whose mission is to bring locally grown products to every aisle of the grocery store. By partnering with local farms to the source, freeze and market their produce, Seal the Seasons is building a localized sustainable food system that works for everyone.  Seal the Seasons grew from a few local stores in North Carolina in 2016 to 3,000 in 28 states end of 2018. Powergrow develops, designs, finances, builds, operates and maintains turnkey renewable powered commercial greenhouse facilities for growers. Using patented solar tracking systems with anaerobic digestion and cogeneration provide 100% of the power requirements for the growing, processing, packaging, cold storage, and shipping facilities. This enables us to site commercial greenhouse operations anywhere in the world and deliver these facilities through our Greenhouse as a Service model. Allowing growers to farm less land, earn more money and conserve natural resources.  In the new growing space of probiotics, FoodFutureCo started working with Ozuké a couple of years ago.   It produces organic and non-gmo raw krauts and kim chi. Their products are raw, probiotic and handcrafted. Maybe it’s the probiotics themselves that have inspired this great company but whatever it is, they love it and want to keep riding the wave of pickled goodness that has brought them this far.  And in 2018, the company was acquired by a Colorado group to add strategic value to vertical integretion of the group. Two other companies from Shen’s food&ag portfolio also have had a financial exits according to CrunchBase and Angel List. Over 50 investments have been made so far according to these investment tracking websites by funds that Shen manages.

If you’re an entrepreneur looking for investment advice visit https://www.pkfcooperparry.com/