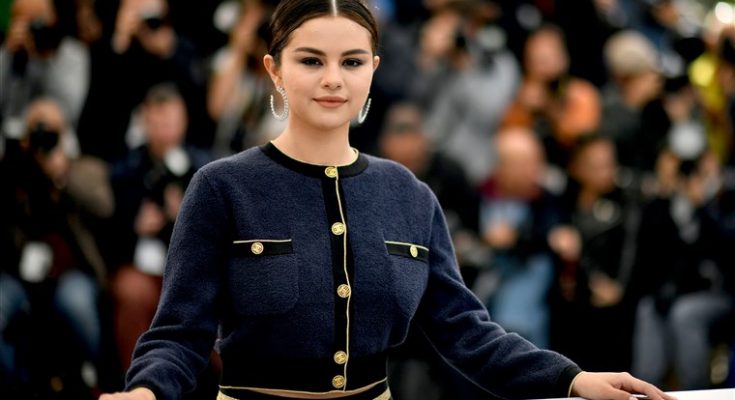 While Justin Bieber and Hailey’s wedding are all over the news, everyone is focusing their attention on Selena Gomez. What is she doing? Did she say anything? How will she react?

And, while the media is keeping their eyes on Gomez, her look on the “Living Undocumented” premiere got everyone’s attention.

Selena is keeping a busy schedule. On Oct 2, the singer was the MVP at the premiere of a Netflix series she executive produced. Befitting such a high title, Gomez showed up in an all-black outfit, leather-based black skirt, and black pointed pumps, looking like a real boss!

The “Wolves” singer posted a couple of photos of the night on her Instagram account. She expressed her gratitude and happiness over the project: “Such an honor to share this project with some of my family and friends last night and to introduce them to the amazing, courageous people who shared their stories in the documentary. Grateful to play a part in getting this out into the world. ❤️ @netflix”

Such an honor to share this project with some of my family and friends last night and to introduce them to the amazing, courageous people who shared their stories in the documentary. Grateful to play a part in getting this out into the world. ❤️ @netflix #livingundocumented

At the screening on Wednesday night, the singer also took the chance to speak in public about how much this project means to her. “I’m very grateful that we got to do this. Immigration is all over the news and I understand that, but what was so great about this was bringing the humanity to it and really seeing these people’s hearts and what they’ve contributed and what they are,” she said.

She is really invested in this documentary since she had family members that have been through the same. The singer and actress admitted that she cried while working on the series because she saw her own family through the storyline.

The story behind the series.

This young girl was separated from her aunt and uncle when they were detained at the border. We’ve all heard the stories on the news, but this is her side of the story. I’m really proud of this and I can’t wait for you to see it. Living Undocumented, out on @netflix today. ❤️

In a powerful and highly emotional essay for Time, Selena revealed details about her family’s past: “In the 1970s, my aunt crossed the border from Mexico to the United States hidden in the back of a truck. My grandparents followed, and my father was born in Texas soon after. In 1992, I was born a U.S. citizen thanks to their bravery and sacrifice.”

“I feel afraid for my country,” she wrote.

“Immigration is a divisive political issue. It’s the subject of endless arguments and countless news stories. But immigration goes beyond politics and headlines. It is a human issue, affecting real people, dismantling real lives. How we deal with it speaks to our humanity, our empathy, our compassion. How we treat our fellow human beings defines who we are,” Gomez continues.

The young producer says she’s aware of the criticism she might face, but she believes that the story is more powerful than that. In her own words “As a Mexican-American woman, I feel a responsibility to use my platform to be a voice for people who are too afraid to speak. And I hope that getting to know these eight families and their stories will inspire people to be more compassionate and to learn more about immigration and form their own opinion.” This is why she believes that “fear shouldn’t stop us from getting involved and educating ourselves on an issue that affects millions of people in our country. Fear didn’t stop my aunt from getting into the back of that truck. And for that, I will always be grateful.”

You can read the whole article here.