Social media is a digital space that has been expanding exponentially over time. Despite being a 21st Century development, its impact on the world – and business – has been seismic. While businesses have been busy utilizing social media as a means of advertising products and services, many users still choose to use platforms to simply consume the content of the people they follow. Following public figures on social platforms is a huge trend that’s widely leveraged by brands looking for innovative ways to reach their target audience. This has given rise to the role of the influencer in the lives of millions of individuals.

Increasing numbers of people are choosing to adopt the lifestyle and products used by the social media influencers that they follow without looking deeper into what’s happening behind the scenes. Naturally, the users who are set to be most affected by the actions of influencers are young people who are likely to be more impressionable and easier to persuade.

As the chart above shows, there’s a high volume of influencers active on social network, Instagram. With such a large swathe of users with high numbers of followers, it can be extremely difficult for platforms to regulate the content that users see. This means that young or more impressionable audiences may be exposed to not only amoral marketing campaigns but also dangerous activities, trends or beauty fads that are being condoned by the accounts that they follow.

With this in mind, it’s worth asking the question, are influencers damaging for children? Here’s a deeper look into the power that influencers hold online:

The Power of The Influencer on Children 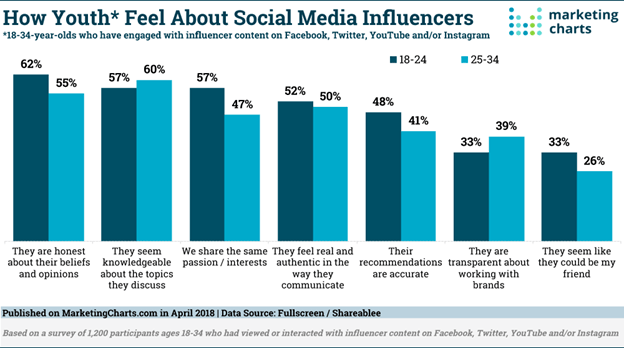 When it comes to social media, seemingly real users are actively influencing children and young people in their purchasing habits. Instagram is a prime example of a platform where influential users can portray their life as perfect with flawless images that are capable of being digitally enhanced and filtered.

The images posted to Instagram by influencers is key in building a high following, and so more users craving higher volumes of followers continually look to showcase themselves as an example of perfection. These highly curated caricatures of influencers are exactly what children are most fond of as it makes an unobtainable level of perfection appear achievable to them. Insights into the life of influencers have been inspiring to countless children across the world, and the lost pursuit of perfection can have an adverse effect on the mental health of young people. In the UK, it was recently revealed that almost one-in-five children want to become a social media influencer themselves when they grow up.

Children, and especially teenagers, can develop a sense of identity when they compare themselves with their peers. This natural process can become distorted when they begin to make similar comparisons online with filtered images on social networks.

According to a recent study published in Pediatrics, children who view images of influencers with unhealthy snacks are more likely to consume unhealthy foods as a result.

One of the largest problems with influencer culture stems from how aspirational the perception of an influencer can be. Children are finding motivation in the fame and brand affiliations of influencers online and many are actively attempting to build their own profiles online in a bid to reach similar levels of popularity. In attempting, and potentially failing on such a huge stage, the results could be extremely bad for the child’s self-esteem.

There are many children today who actively engage in influencer behaviour online. They continually look to create and post content in order to amass more likes and shares on online social platforms. This directly affects the self-esteem of teens and young adults today, who can now measure their success on quantifiable factors like comments and the virality of their posts online. This can carry harmful consequences due to the superficiality of the life that they’re trying to achieve in their bid for influencer-levels of popularity.

Away from the lost appeal of the influencer in the eyes of impressionable young people, and the dire psychological effects they can have, there’s also a big problem emerging in the type of content that influential users post online.

Influencers are largely unregulated in the type of content they produce. Where, in the past, young people found appeal in television personalities and artists, they would only gain insights into their behavior in the media and various publications that are typically well-regulated by governing bodies to avoid the condoning of the actions they report.

Today, influencers have a direct avenue of communication with young people – meaning they can preach directly to them without any knowledge of the damage they’re causing or regulator on hand to stop their content from being aired.

As a consequence, influencers have run into plenty of controversies regarding promoting gambling to children, engaging in explicit trolling, condoning eating disorders and encouraging extreme beauty treatments.

In a notable recent example of the dangers that social media users with influence hold to impressionable viewers, one TikTok user recorded herself using cotton wool buds to rub hydrogen peroxide on her teeth in order to make them appear whiter. 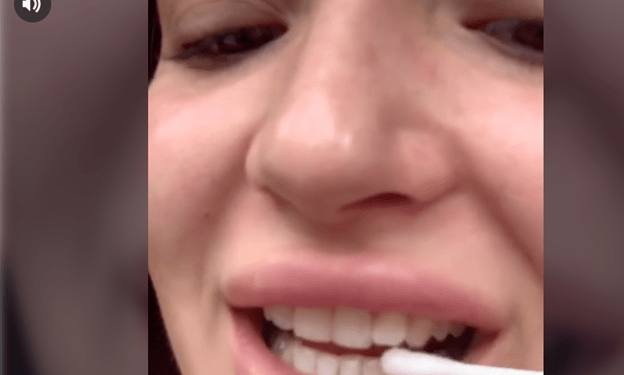 In a video that amassed over 15 million views, the user even said during filming “if you’re a dentist, don’t tell me this is wrong.” Subsequently, users who viewed the video opted to undertake the hazardous DIY treatment themselves and post the results.

As a result, according to Google Trends, interest for “hydrogen peroxide” skyrocketed as illustrated below. 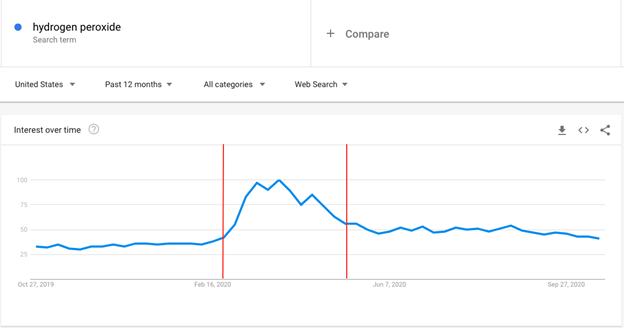 The video has caused concerned dentists to speak out. Talking to Health.com, Chris Strandberg said: “Prolonged bleaching with these high concentrations of hydrogen peroxide, especially when used multiple days in a row, can lead to highly irritated gums and sensitive teeth. Gum irritation can get severe if more bleaching is done when the gums are already irritated. Tooth sensitivity is usually temporary (24 hours or so), but significant bleaching can increase tooth sensitivity permanently with long term use.”

The fact that social media users are advocating extreme and illegal teeth whitening measures rather than the use of approved products like Crest whitening strips or even toothpastes illustrates the eagerness that young people have in attempting to replicate the levels of perfection that are prevalent on Instagram and other networks.

With the recent rise of TikTok adding to an already burgeoning list of networks it’s fair to say that social media and the influencers that have immersed themselves online aren’t going anywhere soon. While this may not seem like a good thing in light of this article, it’s important to state that many influencers create safe spaces for young people to build a sense of community and friendship with likeminded followers.

If you’re concerned about the negative effects that influencers may have on your children in terms of affiliate marketing and encouraging unhealthy behavior, it’s worth starting up a dialogue with your kids. By asking them simple questions about what’s really happening when an influencer markets a product, it can help create a strong impact.

Ask your children what the influencer is trying to achieve by showcasing a product on their account – was it attempting to make audiences laugh? To engage them? Or just to encourage them to make a purchase? Question whether the influencer has presented all the information necessary to accompany the product, and ask how the adverts make your children feel.

The same approach should be taken for hazardous beauty tips and the condoning of unhealthy behavior. With a vast and expanding online social ecosystem, it’s difficult to uphold any form of regulation, but by helping young people to become more aware of the content they’re seeing, it’s possible to make life on social networks a much safer place for the future.