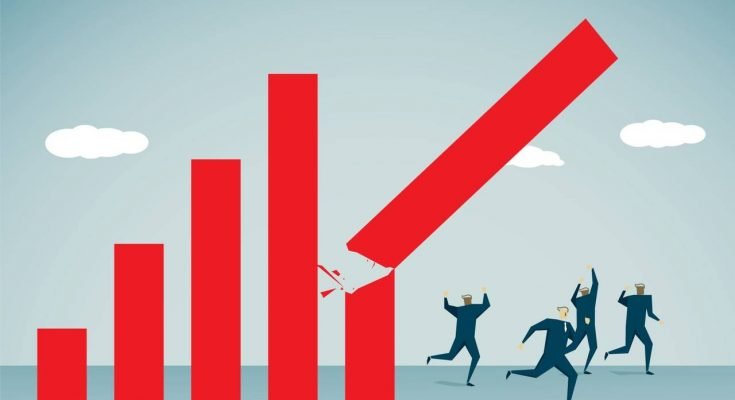 It’s a fact: The trade war between America and China will put a dent on the economic markets – sooner than we think – weakening the economy eventually.

Most financial experts say bond prices are soaring, and yields are drastically falling as a result. It’s a clear indicator the economy is slowing down. And it might get worse if the trade war persists.

A recession is imminent if the recent activity of the bond market is anything to go by. It’s a warning sign, in fact. And, as an investor, you should brace yourself as the future is bleak.

A wide yield gap spells doom for the economy

Judging from the current yield gap that has widened since 2007, many investors are a worried lot. It probably explains why most of them are buying less short-term bonds instead of long ones. They are foreseeing a situation where the economic markets will stumble.

And their fears are justified.

If you look at the current US treasuries that are almost a decade old, their prices have drastically fallen (at 2.24 5%) compared to 3-month government notes (at 2.369%). It’s this widening yield gap (at 0.124%) that’s sending shivers down investors spines because the last time such a phenomenon occurred was 18 years ago.

To better understand this widening yield gap and what it conveys, you need to understand that bond prices and yields often move against each other. So, when yields are soaring, you expect bond prices to fall. In the current case, it’s the opposite.

This is a scary situation, no doubt. The yield gap indicates the economy is weakening, and the more the trade war drags on, the further down the yields will fall as more investors are buying less short-term bonds fearing the economy will experience a slowdown.

These same fears have crippled the stock market.

According to the head of fixed income strategy at Nuveen, Tony Rodriguez, there’s no need for unnecessary alarm or panic over the current economic market situation. As an investor, make decisions based on what the market is trying to tell you (and why) about your risk appetite.

Are you trying to bite more than you can chew? You need to understand that the economic markets are unpredictable. And right now, they are weakening thanks to the widened yield gap that speak volumes. “It’s a signal that we all can’t ignore”.

Tony Rodriguez further says, if the trade war between the USA and China drags on for longer, make sure, as an investor, your portfolio is free of risky investments. In other words, ensure your Investments are in the middle – not higher or lower. “Your investments should be diversified”, he says. “Let your Investments have greater liquidity and higher quality”.

Tony Rodriguez works at a company that manages $989 billion worth of assets. He understands the current economic markets and all their loud warnings.

Is it worth investing in the bond market currently?

Ariel Investments vice-chairman, Charles Bobrinskoy says the bond market is not an attractive place to put your money right now.

He believes investors have a wide “quality” option to choose from where their returns can grow high dividends including sectors such as health care, banking, online lending and the energy sector. If that doesn’t work then it can further affect low credit borrowers due to low-income and as the economy weakens, chances for unemployment rise so people tend to grow debt to survive with higher rates.

“All these are safe places you can put your money on” than the decade-old Treasury yield that’s now experiencing a drastic downfall.

Investing your money in these companies is better than buying bonds that are likely to cause you unnecessary sleep, at least in the current time where a U.S-China trade tensions doesn’t seem end.

Currently, the stock market is only for the brave who see no problem buying 10-year old bonds. Invest in a company, get dividends and keep the cash. There’s nothing wrong with cash, he says. If you’re afraid of the stock market don’t invest in it. Don’t even entertain the idea unless you want to lose money.

In order to boost the growth of the economy, the Federal Reserve will have no choice but to cut interest rates of bonds. This move definitely impacts fear as most bond investors are likely to lose money on their investments.

“This won’t happen”, says Bobrinskoy. “Thanks to various factors including wage growth, strong consumer confidence, low unemployment levels, and even subdued inflation. “Unless the economy experiences a serious slowdown, which is unlikely, the Federal Reserve won’t impose interest rate cuts”.

However, bond investors on Thursday breathed a sigh of relief when data showed that the US economy experienced a growth of 3.1 percent, in the first quarter year.

The news sends reprieve to most investors worried that the economy will crumble if the current trade tensions persist, which then might instigate a recession. Analysts had expected the market will grow at 3.0%, the economy’s growth was also estimated by the commerce department to fall at 3.2%.

The economy’s growth portrays a picture of an economy that is not anytime slowing down despite the trade tensions between China and America – which might drag on for so long. Bobrinskoy, however, interjects that using the bond market to predict recession cannot produce conclusive information about the falling of an economy.

He says you cannot predict which way the economic market will sway. No one has a crystal ball for this – not even bond investors. According to him, it’s not easy to predict the downturn of an economy. If it were possible, a recession could have been prevented after the terrorist attacks on September 11th 2001. Yet that wasn’t the case.

After the attack, the yield curve inverted or rather the yield gap widened enough and caused a slowdown in the US economy, which dipped the country into a recession. Bond investors could not foresee the economy that will take a hit after the terrorist attack.

Considering the US economy has experienced a recession about three or four times in the last 40 years, a recession is not as imminent as investors are wont to think. Bobrinskoy doesn’t find this “recession predictor” particularly prevailing.

Investors across America pray that he’s right about this. Because many can’t help but foresee a situation where the U.S. economy will slow down. However, it’s important to take the weakening bond market as a glaring signal that shouldn’t be ignored.