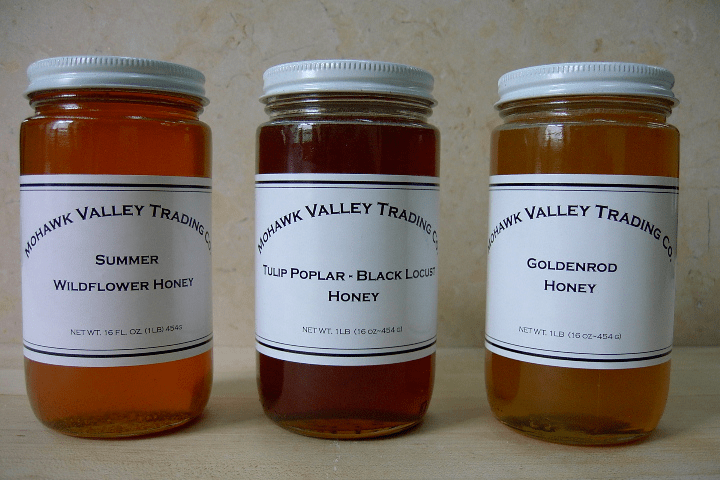 Humans have had a relationship with honeybees since primitive times. Not only did the prehistoric man use honey for its health benefits and as a sweetener of food and beverages, but beeswax candles are one of the oldest sources of artificial light.

Over the millennia, humans learned that if honey is to be used for its health benefits, it must be raw honey.

Raw honey is unheated, unpasteurized, unfiltered, unprocessed unblended, and in the same condition as it was in the hive.

Heating (pasteurizing) honey destroys all of the pollen, enzymes, propolis, vitamins, amino acids, antioxidants, and aromatics. Honey that has been heated and filtered will not crystallize as fast as raw honey and is called commercial, regular or liquid honey.

One might ask “if heating raw honey kills all the good stuff, why heat it?”

One of the reasons is that the majority of people prefer the convenience of being able to spoon, pour or squeeze honey from a bottle onto their cereal or into their tea.

In addition, liquid honey is clearer, easier to measure or spread than raw honey and many people think that honey that has crystallized is spoiled so they discard it.

Honey found in supermarkets, unless specifically labeled as raw, is pasteurized and considered a liquid or ‘commercial honey’. This honey is removed from the comb just like with raw honey. Following extraction, the honey is strained, then filtered, and pasteurized. The honey is heated to 158°F to kill any yeast that could cause fermentation and inhibit crystallization. Pasteurized honey will still crystallize but it takes much longer than with raw honey. It is more shelf-stable, looks clearer, and is easier to handle. Liquid honey pours at room temperature and is easy to measure and use.

The rawest honey available is comb honey cut from the hive, packaged, and offered for sale. Comb honey contains all of the enzymes and some pollen from its production. Comb honey is more expensive than either raw or liquid bottled honey. Bottled honey is extracted from the beeswax comb and the comb is able to be used again, because the comb is completely removed to produce comb honey the bees and beekeeper must work harder to produce it. Some people enjoy chewing the comb and honey-like gum.

Despite the benefits of pure comb honey most people prefer bottled honey. There are two distinct types of bottled honey. Raw honey is as close to comb honey as you can get. When the comb is removed from the hive the wax cappings covering the honey are scrapped off and the frames are loaded into an extractor. The extractor spins the frames and the honey is removed via centrifugal forces. The honey is then strained to remove large pieces of wax, propolis, and bee fragments. The honey is never heated higher than the average ambient temperature of the beehive which is approximately 95°F and has been recorded as reaching temperatures as high as 118°F.

There is no universal definition of ‘raw honey’ and many producers use the term to mean different things. Generally, the term is used to describe honey as it exists in the beehive or as obtained by extraction, settling, or straining and that has not been heated above 118 degrees Fahrenheit during production or storage. All honey produced, packed, repacked, distributed, or sold must meet these guidelines to legally be raw honey.

Raw honey is known for crystallizing. The granulation occurs after bottling with the rate dependent on the nectar composition of the honey. If granulation is problem honey can be returned to its liquid state by placing the jar in warm water. Crystallized honey is thick and opaque and does not run off of a spoon. It dissolved readily in warm water and tea.

Raw honey advocates prefer unpasteurized honey because the pasteurization process destroys delicate flavors and enzymes. It is assumed that raw honey is healthier because it contains pollen, phytochemicals, and active enzymes.

Raw honey is often used by pollen allergy sufferers to lessen their sensitivity to pollen by eating 1 to 2 tsp. of it each day. People with allergies often find consuming local honey provides a remedy. The idea is that by introducing small amounts of pollen into their system by eating raw honey, a tolerance to pollen allergens is built up.

Here are just a few of the benefits of honey:

Generally, honey is classified by the floral source of the nectar from which it was made. Monofloral honey or varietal honey is made primarily from the nectar of a particular type of blossom or flower resulting in a distinctive flavor and color because of differences between their principal nectar sources. To produce monofloral honey, beekeepers keep beehives in an area where the bees have access to only one type of flower.

The flavor and color of honey are determined by the type of flower the bees gather the nectar from, therefore, when cooking or baking with honey it is a good idea to taste the honey before using it in a recipe. For example; a dark honey-like tulip poplar-black locust honey will result in a strong, heavy, pungent flavor, whereas orange blossom honey will result in a delicate orange flavor.

Organic honey from the United States is a myth because the country is too developed and uses too many agricultural and industrial chemicals for the production of organic honey. Honey bees are free-roaming, wild creatures and it is impossible to guarantee that while foraging they have not come in contact with prohibited substances, like pesticides.

Read more on our Lifestyle Blog!