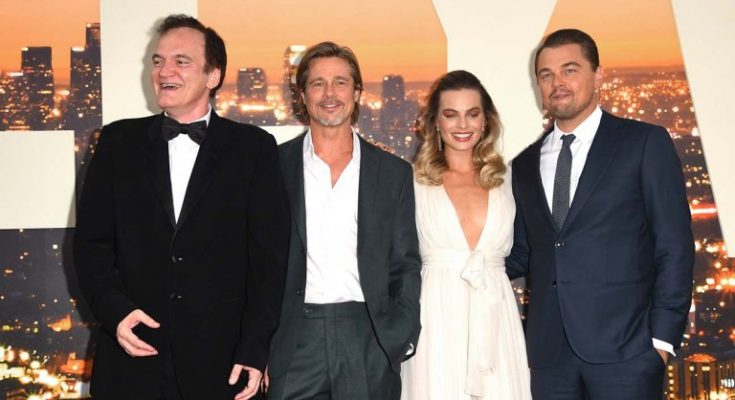 A few months back, in July, Quentin Tarantino released his ninth movie – Once Upon a Time In Hollywood. The film has a high-profile ensemble cast including Leonardo DiCaprio, Brad Pitt, Margot Robbie, Emile Hirsch, Margaret Qualley, Timothy Olyphant, Al Pacino, and Bruce Dern. So, it doesn’t come as a suprise that it was long expected and well received.

In fact, Once Upon A Time In Hollywood grossed more than $139 million in North America and $228 million overseas. That made this move Tarantino’s second-highest-grossing film. His best film so far is Django Unchained which was released in 2012.

After the huge success in theaters, Tarantino decided to re-release the film with new, so far unseen footage. The original release lasted 2 hours and 40 minutes. With the extended cuts, however, the re-release will last almost three hours. It features four new scenes, adding to a total of 10 minutes more.

There’s a recreation of Stage 13, a Pussycat Theatre, vintage car, retro Panavisions and a big stage for photo ops where Brad Pitt, Leonardo DiCaprio and Margot Robbie will be posing in 3 hrs from now. #OnceUponATimeInHollywood pic.twitter.com/Vm8zAzBWVL

Do you think it’s not that much longer? Well, it could’ve been much, much longer. According to Indiewire, who reported back in May, the film’s first cut lasted four hours and 20 minutes. This means there’s so much more that we’ve haven’t seen.

Apparently, Tarantino and editor, Fred Raskin, worked hard to finish the movie in time for the premiere in Cannes. Nonetheless, this doesn’t stop Quentin to go back in the editing room and make changes if he thinks that’s for the best, even after the premiere. Plus, it wouldn’t be the first time to do such a thing.  A decade back, Tarantino re-edited “Inglourious Basterds” after Cannes, as well.

“I may make it longer,” said Tarantino back in May. And, now he did.

“Audiences have shown tremendous support for this movie,” Adrian Smith, Sony’s president of domestic distribution, said in a statement. “And we look forward to offering them another opportunity to see the film as it’s meant to be seen — in theaters on the big screen — with more sights and sounds of the sixties from Quentin Tarantino as an added treat.”

But, not everything went as smoothly as everyone thought. Even with the box office success, the movie received criticism. Once Upon A Time faced controversy for its depiction of martial arts icon Bruce Lee. (Spoiler: In the movie, a fictionalized Lee fights with Pitt’s character, Cliff Booth, on a film set. He is portrayed as arrogant.)

Chinese censors canceled the film’s October 25th release in the country. Rumors have it that Lee’s daughter, Shannon Lee, requested China’s National Film Administration demand changes to her father’s portrayal. However, Tarantino has final-cut rights and reportedly has no plans to change the film.

Lee’s daughter told The Wrap that “It was really uncomfortable to sit in the theater and listen to people laugh at my father.”