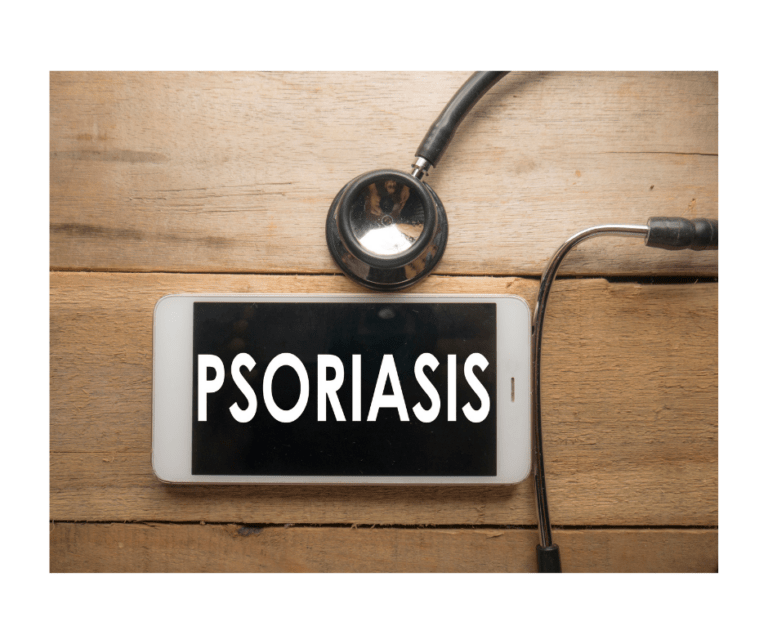 August is National Psoriasis Awareness Month, and while the month is almost over for those living with this chronic condition, psoriasis is an everyday battle. Psoriasis is characterized by large plaques of red skin, often covered with silver-colored scales.  The red patches can be itchy and irritating, sometimes leading to cracked skin that causes bleeding.  The symptoms range from mild to severe, but even the mildest manifestations can be hard to hide.  Psoriasis is not contagious but can still make one feel like a leper in society. It is a, so far, incurable disease that affects an estimated 2-3 percent of the world’s population.

Psoriasis is an inflammatory disease, caused by an autoimmune disorder, in which the body’s white blood cells, known as T cells, mistakenly attack healthy skin cells.  In a healthy person, inflammation is the body’s natural response to injury.  An injury or infection signals your immune system to fight off the threat, by enlarging blood vessels around the injury and sending in white blood cells to repair the damage.  When the injury or infection has healed, the inflammation goes away.

Individuals with psoriasis are subject to chronic inflammation, as their immune systems trigger unnecessary white blood cell responses.  This in turn leads to the rapid development of new skin cells.  The excess skin cells then pile up on top of the skin’s surface, resulting in uncomfortable dry, scaly patches of skin.  These dry patches most commonly develop on joints, such as knees and elbows.  Psoriasis can develop on any part of your body and can be the cause of much pain and frustration for those afflicted with the disease.

How Do You Treat Psoriasis?

Currently, there is no cure for psoriasis, though there are many treatments available to manage the condition.  These treatments fall into three categories: topical, phototherapy, and systemic. Topical treatments most commonly include steroid creams and Vitamin D analogs and are generally recommended for mild to moderate psoriasis symptoms.  Phototherapy uses both natural and artificial light to treat psoriasis, by slowing down skin cell production.  Systemic treatments consist of using oral or injected medications that work throughout the entire body; they are usually prescribed for more severe symptoms.

Although many of these treatments are helpful in reducing psoriasis symptoms, they are not without side effects.  Systemic treatments, most notably, having more severe and potentially harmful side effects. As such, there is always a further need for effective, yet safer remedies.  Recently, polyphenols, derived from olives, have been the subject of increasing research in treating disorders that are caused by oxidative stress and inflammation.

What Are Polyphenols And How Might They Help Psoriasis?

In a recent study, researchers tested the efficacy of olive oil polyphenol-based supplements, in reducing psoriasis symptoms associated with inflammation.  The study recruited 30 men and women, with mild to moderate psoriasis, who were given the supplement daily. After just four weeks of taking the supplement, the Psoriasis Area and Severity Index significantly decreased by 27 percent.  The study concludes that olive polyphenol-based supplements may indeed help significantly reduce physical symptoms of psoriasis, and other inflammatory skin conditions.  (Link to study here: https://www.sciencedirect.com/science/article/abs/pii/S2213434416300640.)

Polyphenols in olives have a very high level of antioxidants, therefore making them most effective in fighting cell damage. Each capsule of Inflammation Relief contains a concentrated amount of olive polyphenols equivalent to what is found in 8 to 12 ounces of extra virgin olive oil.  If you, or someone you know, is suffering from psoriasis Inflammation Relief could be the remedy you’ve been looking for.  Fight psoriasis naturally, with organic ingredients that benefit your whole-body health.