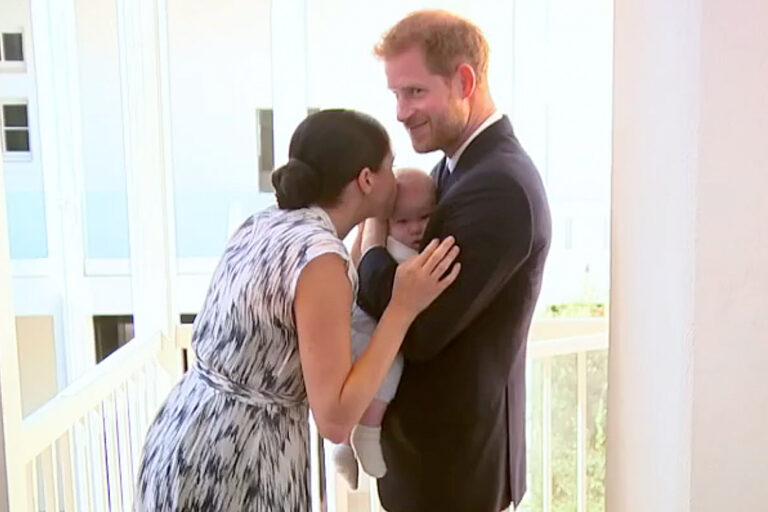 Prince Harry and his wife, Meghan Markle, were attending the annual WellChild Awards ceremony this Tuesday. Harry delivered a powerful speech at this year’s awards sharing how he and Meghan kept her pregnancy a secret this time last year.

During the speech, Prince Harry started to recall what it’s like to be a father for the first time when his emotions got the best of him and he broke down in tears.

The Duke of Sussex delivers his speech at the #WellChildAwards, in association with @GSK. To see the full speech, head over to our Facebook page. ⭐️ pic.twitter.com/snzrpcnlYh

“Last year, when my wife and I attended, we knew we were expecting our first child — no one else did at the time, but we did — and I remember…” he said before his voice trailed off as tears welled up in his eyes.

He stopped for a second and put his head down to gain control over his emotions and continue with his speech. The audience supported him with applause.

Then, he continued: “I remember squeezing Meghan’s hand so tight during the awards, both of us thinking what it would be like to be parents one day. And more so, what it would be like to do everything we could to protect and help our child should they be born with immediate challenges or become unwell over time. And now, as parents, being here and speaking to all of you pulls at my heartstrings in a way I could have never understood until I had a child of my own,” Harry noted.

The WellChilds Awards is an event that honors gravely ill children and their caregivers. The WellChild is a charity helping to get seriously ill children and young people out of the hospital and home to their families. Prince Harry has been a patron of WellChild since 2007, but as he rightfully noted, this was his first time attending as a father.

Meghan and Harry became parents 5-months ago to a beautiful boy named Archie. And, he of course was the topic of conversation during the event. The Duke and Duchess of Sussex shared details of their life with him.

Meghan told how she took Archie to his first playgroup and that he enjoyed it. On the other hand, Harry was proud to reveal that Archie has his famous trademark – the red hair. “You can see it in his eyebrows,”  he said.

The couple also has an upcoming documentary about their African tour. The filming for the documentary ended just a month ago, and in it there are some cute moments with Archie.

In the teaser for Harry & Meghan: An African Journey, we can see Meghan giving a kiss to her then 4-month-old son as Harry holds the royal tot.

The couple really values their privacy but shared that Ariche wants to stand all the time. Harry said: “I think he is used to it already,” referring to the cameras and constant media attention.