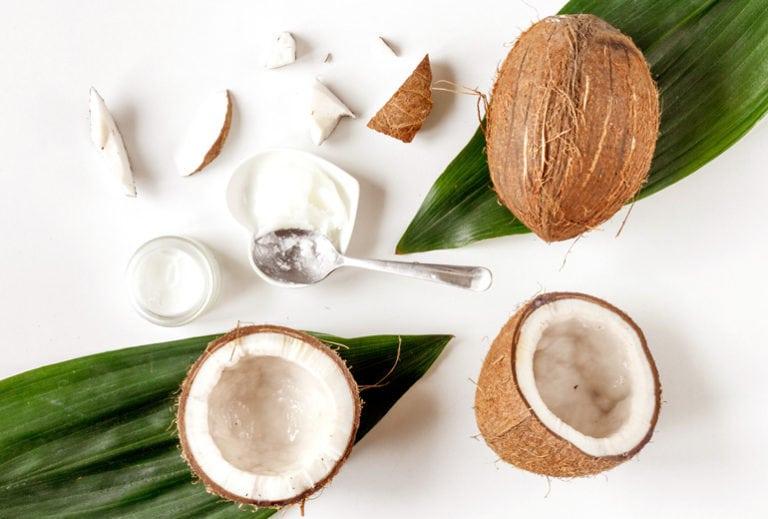 Oil pulling history dates back to thousands of years in ancient India. Discovered by the ayurvedic saints, to enhance oral health using the naturally available oils without harmful ingredients.

Though we have many effective techniques and tools to clean our oral cavity, teeth oil pulling can easily demolish the dirt from within without using any tools. Though holding the spoonfuls of oil inside the mouth for a few minutes seems to be a tough job, the results pay off the struggle productively. With the addition of technology and adaptations to the practice, the typical unrefined coconut oil of the olden times is replaced by us with various essential oils to suit our taste and habits. Not indicated with any side effects and potentially serves the following benefits.

Most ancient oral care regime followed by the Indians way back to more than 3000 years is the oil pulling. It’s an ayurvedic practice to flush out the toxins, bacteria, and plaque effectively from the mouth. This has proven its benefits in dental health. Oil pulling detoxifies and whitens the teeth, provides nourishment to the structures inside, effective than flossing. Debris, dirt is driven out, do not spit into the sink as it clogs the pipes and the oils that are natural, impressed pleasant to taste are used in general. Sesame oil, extra virgin coconut oil grapeseed oil, etc. Are often essential oils like cinnamon oil are used in nowadays of all the extra virgin coconut oil that is unrefined is suggestible for a benefited oil pulling.

The process of oil pulling:

The procedure of the oil pulling quite easy even for the children to follow. It involves talking a tablespoon of oil into the mouth, swishing it into the deeper parts and crevices of the back teeth, holding up to 10-20 minutes and spitting off into the trash. Rinse after some time and follow your brushing regime as usual. It can be done once a day 2-3 times a week. Oil pulling prevents the tooth decays, by driving out the dirt, debris. This process naturally sparkles your teeth bright. Inflammations and pathogens causing them are splashed out. Jaws and gums healthy are built up stronger. A strict detoxifying game is played by this oral pulling. In some cases, the cracked and bleeding lips are healed. The swishing must be gentle while you push into the corners, do not swallow the oil as it contains harmful toxins and bacteria. Oil pulling is not an excuse to skip your dental visits. It doesn’t replace your brushing and flossing. You should go to a dental practice for visiting the dentist twice a year.

Bacteria flush out with coconut oil:

Plaque and gingivitis are blocked:

diseases. As aware of, the plaque resides in the hard to reach areas and teeth gaps. This goes on increasing if neglected and not followed a proper oral regime. As the deposition of the plaque increases the stubborn tartar starts accumulating. The bacterial invasion on the other hand together with this multiplies the infections and inflames the gums. This shows up as the gingivitis and periodontitis. Periodontitis is the worsened stage of the gingivitis. The deep cleanings and periodontal therapy are usually done to set this right. Oil pulling, on the other hand, is acclaimed for its effective removal of the bacteria. The gentle, pushing and circulating in all corners movement of the oil pull scrapes out the plaque. This reduces the impact of gingivitis simultaneously.

Bad breath or foul odor from the mouth is always a discomfort. In people with a great history if drinking and smoking habits along with poor oral health, it is a permanent issue. Chewing all kinds of tobacco products add to its progression. Patients with chronic renal diseases also show bad odor. The infections and residence of the bacterial flora produce the stinking smell. It could not be reversed unless expelled or rooted out completely. Halitosis can be a serious condition if ignored. Gingivitis, inflammation, toxins, bad oral habits, and poor oral health are causative factors. As the oil pulling reduces the plaque, and kill candida and also removes the odor effectively. Bad breath is brought to a halt by the oil pull.

Oil pulling can help to remineralize your damaged teeth. Our teeth that have lost their minerals by demineralization and deficient in fluoride deposits usually rely on the diet, fluoride toothpaste, vitamin D and milk for its needs and I are the fluoride treatments on the extreme cases. The damage to the tooth is caused by poor nutrition, sugars and acids, toxins, oral hygiene habits, and infections. Re-mineralizing the tooth means to heal or repair the damaged tooth enamel before a cavity or caries hits it. Once hit by a cavity there would be fewer chances to heal the tooth. Apart from the followed directions, oil pulling can remineralize the teeth. The organic, unrefined coconut oil taken in a tablespoon daily can add the minerals necessary.

Thrush or yeast infections in the mouth are sore, painful and unyielding infections. The causative organism is yeast or candida. Most of the people affected by it. Use topical applications, or antibiotics to get rid of the ailment. Although that subdue only after a certain struggle period. Coconut oil is one effective remedy that one can turn to in case of this thrush or yeast infections. The antibacterial properties and ability to flush out the bacteria of the coconut oil can revert this back. The coconut oil is more effective than the fungal medications even in lesser amounts. Even for vaginal yeast infection, coconut oil is manipulated for use in tampons. Thrush of mouth can be reduced by oil pulling almost once a day.

What is the age to start oil pulling?

Children can start with oil pulling once they are capable to hold the oil in the mouth without swallowing. But going for 2 whole tablespoons can make the practice dreadful. The jaw pains and also the cheeks. This may make the child stay away from the regime. About 5 years and above age where a child can effectively learn this trying a smaller amount of oil may help for a good start.

Why do we oil pull in the mornings only?

Mornings are usually the time when our stomachs have nothing in them and are empty. So ordinary oil pullings are done mostly in the morning. Oil pullings are suggested on empty tummies. Be it afternoon or anytime, doing before eating anything is recommended. It need not necessarily the morning only.

Is it necessary to do for 20 mins long?

There is no stipulated time for the oil pull. One can or cannot hold the oil for the suggested 10-20 mins continuously that needs a great practice. Oil can be pulled as long as you can and comfortable with. We can start with a couple of minutes and go on as long as you can pull be. It for 5 minutes or 10 minutes. Do not take a headache about the time you pull, whatever the time be, do it effectively and do it right.

Does oil pulling give any side effects?

Oil pulling has never shown the necessary side effects or created adverse situations. The problems with oil pulling solely depend on the person’s individual health issues. people with asthma, pneumonia, sinusitis and regular cold may develop the drain of the mucosa into the nose, from the sinuses. This happens due to the swishing movements not due to the oil pulling. Pain may develop in the jaws and cheek muscles when practicing the oil pull for the first time. It eventually subsides. Gag reflex can also happen.

Oil pulling in pregnancy? Can I do?

If your oil pulling game has been on point, or if you are familiar to it from a few months, you can happily continue your oil pull. Starting the oil pulling afresh in the pregnancy, may not be suggested. This is because there are more chances of swallowing the toxin pulled oil inside during the initial practice. If you have a grip on the regime, you can go on with it. It takes care of your pregnancy dental issues like gingivitis and periodontitis effectively. The oil pulling also discards the acidic residues of the morning sickness providing great dental care during your gestation.

Oil pulling has not gained the required popularity in its own country. Being acknowledged and practicing such natural practices in addition to oral habits can keep your health safe. Wide benefits with no possible side effects make this technique