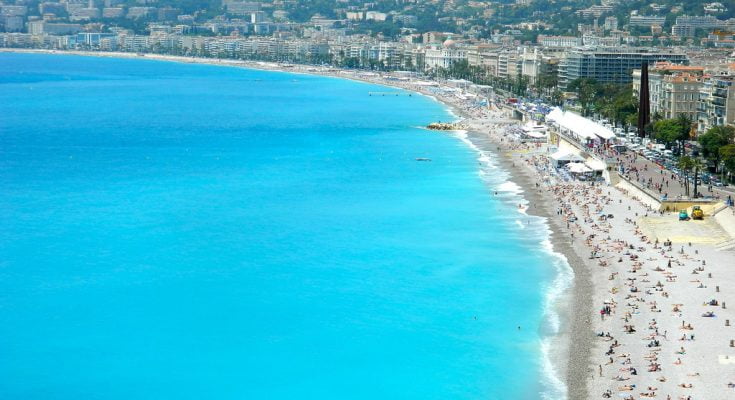 Nice is the premier city of the region known as Provence-Alpes-Cote d’Azur located in the south of France. The coastal city is often considered as the jewel of the French Riviera as it has a spectacular coastline that hosts plenty of leisure opportunities. It is the true embodiment of a sizzling French holiday blessed by the warm Mediterranean climate. While the beaches remain a top priority for leisure-seekers, Nice’s historical attractions fare well among those found in the region. Thus, make sure to grab the chance to visit the notable landmarks in the city.

The busiest part of Nice is the long stretch of road called Promenade des Anglais frequented by cyclists, roller skaters and joggers. The pebbled Neptune Beach in the area is ideal for typical holiday activities like sunbathing and swimming. Nice’s popular architectural landmarks mainly come from the 17th century, including the Cathedrale de Sainte Reparate, Palais Lascaris and the Notre Dame de Cimiez monastery. You may also be interested in seeing the Fort du Mont Alban with its 16th century architecture. As for museums, the notable ones are the Archaeological Museum, Museum of Fine Arts and the Museum of Human Paleontology.

If you’re planning to visit Nice for a summer holiday, book in advance to avoid being turned down when hotels are fully-booked. The city also has its own Mardi Gras festival in February that is one of the well-attended events during the year. Expect the beachfront hotels to be the most expensive places to stay in Nice. Properties like Hotel Negresco, Beau Rivage and Hotel Hi are excellent luxury retreats. The city center offers accommodations that can cater to budget-conscious travelers. Hotel Little Palace is just a short walk to Promenade des Anglais and the railway station. Also within the same area is Hotel Azur Riviera. Both these hotels are modernly equipped with standard amenities. Book your Nice Hotels with Reservations.com.

Several shopping streets present irresistible options for an exciting shopping experience in Nice. The city is also compact in size making it easy for you to explore the streets. Regional specialties, handcrafted goods and gift items are found in stores in Vieux Nice. Avenue Jean Medecin is home to the city’s main department stores and high-end shopping. Nice Etoile and Nouvelle Galleries are the top names among the shopping centers. Rue de France is a pedestrian street lined with trendy boutiques, cafes and restaurants. Discover more curiosities at Cours Aleya, the city’s main outdoor market.

Bistros, bakeries and full-service restaurants presents the best of the region’s cooking, the very well-known Provencal cuisine. Moreover, Nice is one of the primary centers for French cuisine. Popular dishes such as ratatouille and salade nicoise originated from the fine city. Seafood dishes are likewise plentiful due to the coastal location of Nice. Vieux Nice is the base for most of Nice’s dining scene with its restaurants and cafes. Rue Massena has a fantastic outdoor dining ambience due to the sidewalk cafes and terrace restaurants.